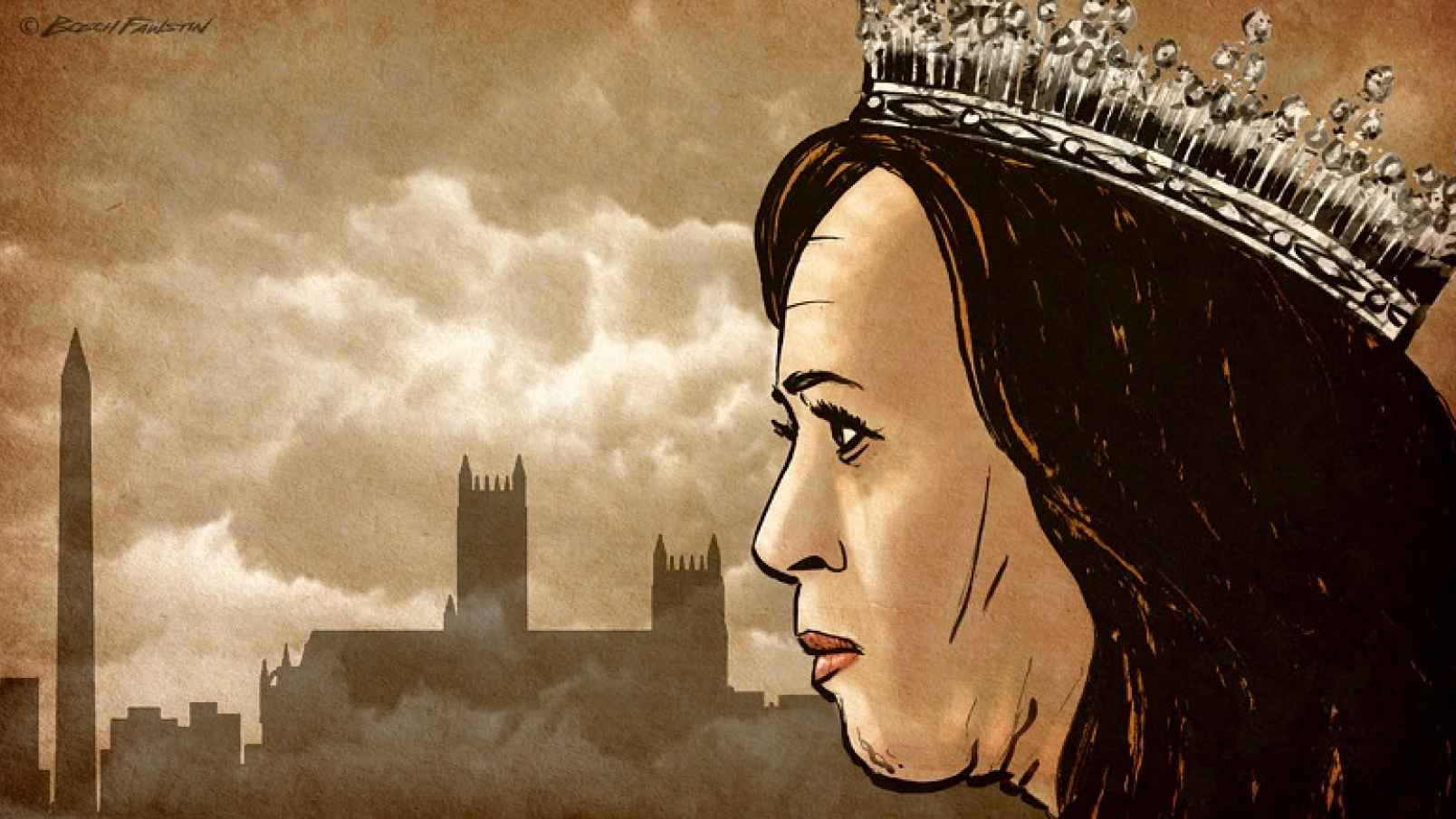 Senator Kamala Harris, who lives with her white husband in one of the most segregated neighborhoods in Los Angeles, has come out with a call for busing children to distant schools to fight “segregation”.

That’s great for Kamala, who has no children. Her stepson, Cole, who works at the William Morris Agency, which is about as diverse as his dad and S-Mamala’s Brentwood hood, won’t be bussed to work at more diverse talent agencies, and Ella, won’t be bused from her studies at Parsons School of Design (4% black) to a more diverse design college. Like most politicians, Harris wants to penalize other people.

None of these provisions and solutions to problems that don’t exist will actually apply to her and hers.

If segregation is the mere absence of diversity and requires government intervention, as she insists it does, what is Senator Kamala Harris doing to desegregate her Brentwood neighborhood?

Kamala’s $4.8 million Brentwood home is located in a neighborhood that is 84% white and 1.2% black in Los Angeles, a city that is nearly 10% black.

Senator Harris has come out for busing children to schools that aren’t sufficiently diverse. What about busing some folks from South Central to Brentwood to live across the street from her home?

“There was a little girl in California who was part of the second class to integrate her public schools, and she was bused to school every day. And that little girl was me,” Senator Kamala Harris whined.

Because the only way a successful Democrat can run for office is by playing the victim.

The truth is that little girl, the privileged daughter of wealthy foreign grad students, wasn’t bused.

She was flown around the world.

That’s not a “right-wing conspiracy theory”, as the media now describes any account fact-checking Kamala Harris’ imaginary past, it’s right there in the words of her own mother who couldn’t stop bragging about the wealth and power that was Kamala’s birthright by way of family and connections.

“When Kamala was in first grade one of her teachers said to me, ‘You know, your child has a great imagination. Every time we talk about someplace in the world she says, ‘Oh, I’ve been there.’ So I told her, ‘Well, she has been there!’”

These days, Kamala actually has a great imagination. She has to work hard to imagine being oppressed.

That’s the actual little girl being displayed on those t-shirts that Kamala Harris For the People (the official and officially laughable name of a campaign funded by California millionaires) is selling for $30 bucks.

“Two decades after Brown v. Board, I was only the second class to integrate at Berkeley public schools. Without that decision, I likely would not have become a lawyer and eventually be elected a Senator from California,” Senator Kamala Harris claimed.

Kamala’s insistence that without busing she wouldn’t have become a lawyer or a senator takes place in an exciting fantasy world in which her wealthy, famous and powerful parents never existed. In the real world, her Brahmin mother, an internationally famous cancer researcher, sending her “Montreal’s tony Westmount” high school probably had a lot more to do with her becoming a lawyer.

Busing certainly didn’t put Kamala Harris on a path to the Senate and the White House. Not unless there were buses running directly to Willie Brown’s house and stopping in a shadowy spot at the back door.

It wasn’t civil rights, but an alleged extramarital affair with a dirty San Francisco city boss that made her.

Forget the trauma of busing. To get to where she was, Kamala, at 29, hooked up with Willie, at 60, and ended up in a Brentwood home with no children, but a Senate seat and a shot at the White House.

“And that little girl was me.”

It’s understandable politically and personally why Kamala would want to invent a past in which she hadn’t used her privilege and connections as a down payment on ruining her life and selling her soul.

Kamala’s story, in which busing took her out of the grim inner cities of Berkeley, where she had to watch three beatnik poets recite bad verse before she got to her bus stop, and opened the world to her, so that one day that little girl in the old creased photo could aspire to be president, is much nobler.

It’s a much more satisfying story than sleeping with a married politician and getting a BMW and a seat on a commission. There are no t-shirts at Kamala’s campaign store showing her old self driving in Willie’s BMW to the job that Willie got her, attending California Medical Assistance Commission meetings twice a month, for over $120,000 in current dollars, while still managing to miss 20% of them.

That not so little girl was her too.

If Kamala had at least allegedly slept with Willie because she was that “little girl” from the ghetto, clawing her way up the ladder, that would have been understandable. But the story is much worse. Kamala didn’t need Willie Brown to get a good job. She needed him to get jobs she didn’t deserve.

Senator Harris wasn’t a poor little girl from the ghetto. She mingled with the Nob Hill set. Her life was filled with privilege and wealth. It wasn’t desperation. It wasn’t need. It was greed.

Senator Kamala Harris has to reinvent her past because she needs to run as a victim. And because it shifts the social context behind the entire Willie Brown story to make her seem more defensible.

What can you expect from an oppressed little girl from the Berkeley ghetto trying to survive?

It’s not just Kamala rewriting her past. The media is working just as hard to reinvent a woman that the local press had covered thoroughly while denying all the stories it had written about her in the past.

There’s always been speculation about Obama’s rise in Chicago politicians, but there’s never been much ambiguity about Kamala’s rise in San Francisco politics. We know how it happened and why.

But, now that’s a “right-wing conspiracy theory” even if it appeared in all the big California papers.

Before the media reinvented Kamala Harris as living on a Berkeley plantation with white and colored marijuana dispensaries, the Los Angeles Times had described her as a “privileged child of foreign grad students”. These days, repeating that will see you accused of spreading right-wing conspiracy theories.

Reality, history and the media’s own stories are all notoriously right-wing conspiracy theories.

But meanwhile “that little girl” lives in one of the most segregated neighborhoods in Los Angeles, without ever saying anything about it, with her entertainment lawyer husband, in a $4.8 million home with a “spa-like” master bedroom, and a kidney-shaped pool. The median income is $112,000.

Once upon a time, she got a BMW from Willie Brown. These days, it’s unknown what she drives. But, like most wealthy people in Los Angeles, Senator Kamala Harris would never actually take the bus.

Busing is for other people.