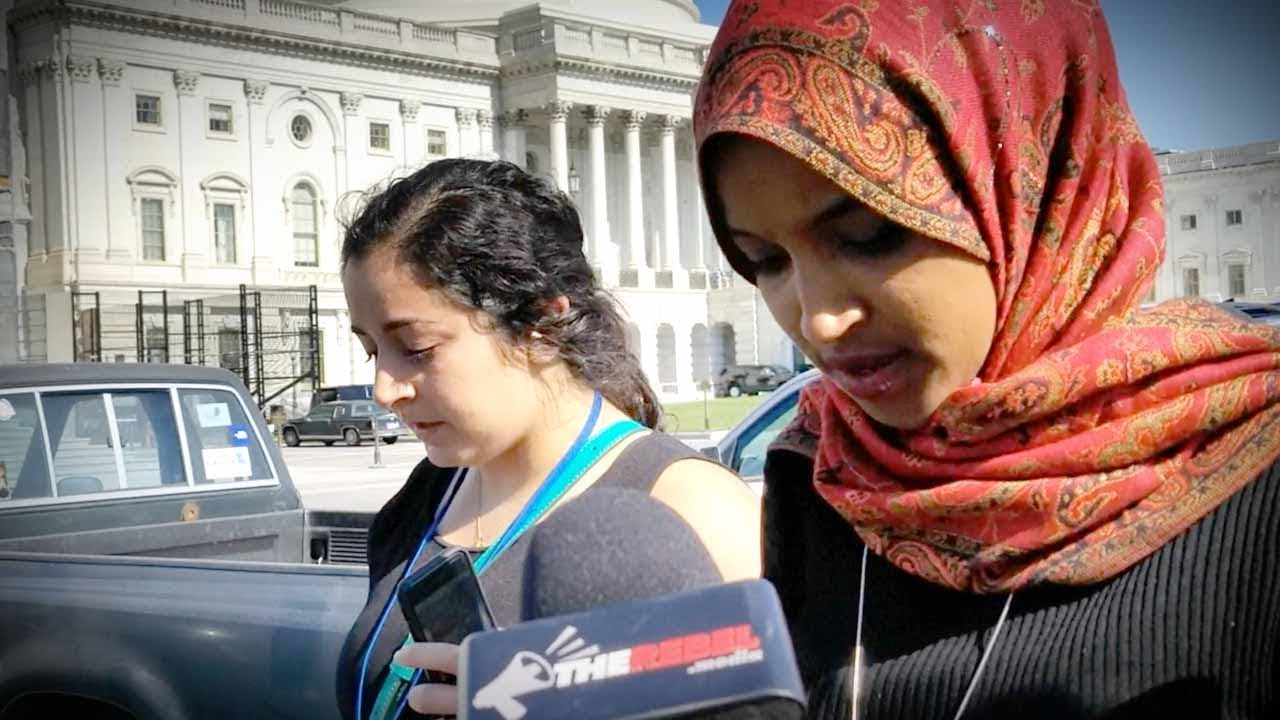 Ilhan Omar is a lot of things.

David Steinberg of PJ Media was one of the first investigative journalists to break the story about the anti-Semitic, freshman lawmaker’s marriage to her immigrant brother while she was still married to her first husband, who she has since divorced after having an affair with her current husband who was also married at the time of their affair.

“Squad” member, Rep. Ilhan Omar (D-MN), has been caught in a number of scandals since then, including, but not limited to her most recent tweet that was exposed by journalist David Steinberg.

In her tweet, that has now been deleted (see screenshot below), US Congresswoman Ilhan Omar represented herself as being in a “partnership” with MN Food Share. The Democrat lawmaker asked her supporters to “chip in $5” to “power their efforts to keep our communities fed!” The only problem with U.S. Congresswoman Ilhan Omar’s tweet asking for cash from her followers is that Adrienne Dorn, the executive director of GMCC (Greater Minnesota Community Connection) or @MNFoodShare never heard of Ilhan Omar’s connection to their group.

Dorn tweeted: I am the Executive Director of GMCC-Minnesota FoodShare is our program. Ilhan Omar had nothing to do with this project. I do not know where this money is going to.

When Omar deleted her tweet, it also deleted the response from Dorn. Dorn, who is a Bernie Sanders supporter, has changed her profile photo and is not commenting on Twitter about her public shaming of Omar for claiming she was in a “partnership,” with their group. There is no indication of a “partnership” with Omar on the official MN Food Share website. Omar’s record of deceit and intolerance for anyone who doesn’t agree with her is unmatched in Congress:

Only days after she became a United States Congresswoman, Rep Ilhan Omar (D-MN) was caught in a lie she was spreading about Senator Lindsey Graham (R-SC), suggesting that he’s only supporting President Trump because he’s somehow been compromised. The undertones of Omar’s accusation led many to believe Senator Graham was being threatened because the truth about his sexuality might be exposed.

They got to him, he is compromised! https://t.co/m8sB3EmElg

During an interview with the Democrat Party friendly CNN, both CNN hosts were stunned when Omar claimed that she was “pretty sure” that “he [Senator Graham] is somehow compromised.” Sciutto pressed Omar over her unfounded accusations, saying, “But that’s quite a charge to make. You say you’re ‘pretty sure’, based on what evidence? What facts? That’s a remarkable comment to make about a sitting U.S. Senator.”

Omar then stuttered and attempted to explain her lie, “The..the…the… the evidence really is um, present to us. It’s being presented to us in the way he’s behaving.”

Omar, quickly responded, “My tweet was just an opinion, based on what I see to be visible to me.” She then attempted to claim that other Americans certainly agree with her.

Omar then admits that she believes her opinion is evidence pic.twitter.com/aU6YLXIPYk

In November 2012, before she won her seat as a Minnesota state Representative, the Muslim immigrant from Somalia tweeted about how “Israel has hypnotized the world.” Omar asked “Allah” to “awaken the people and help them see the evil doings of Israel.” In 2019, after she was elected to the United States Congress, Omar doubled down on her anti-Semitism with another tweet, using a common slur against Jews, suggesting that their only motivation in life is money.

The media and her own party refused to make her accountable for her hatred and was she was unapologetic as well.

Ilhan Omar is a homewrecker.

On July 31, 2019, a grainy video of Rep. Ilhan Omar (S-MN) leaving an out of the way restaurant in Playa Del Rey with a mystery man was released by a Jewish man who lives in CA. The unnamed person who took the video claims he was upset by Omar’s comments at a CAIR (Council For American-Islamic Relations) event the day before.

The Somalian refugee turned U.S Congresswoman told the room full of Muslims at the CAIR event that they should be tired of being mistreated in America and should fight back. When recalling the events of 9-11, Rep. Ilhan Omar referred to the Islamic terrorists responsible for the worst terror attack on American soil as, “some people did something.” She has also been criticized for her anti-Semitic remarks.

After Tim Mynett’s wife filed for divorce, claiming that he was having an affair with the married mother of three, Rep. Ilhan Omar, Omar and Tim Mynett flatly denied the affair.

One year later, Omar announced her marriage to Tim Mynett on Instagram.

Massive campaign payments to the newest husband of the deceitful Muslim lawmaker are being questioned.

This morning, President Trump retweeted a tweet from Turning Point USA’s Charlie Kirk, asking if Americans knew that Omar’s campaign is on track to pay her husband’s consulting firm $1.6 million in 2020? Kirk is demanding an investigation into the shady lawmaker’s dealings with her former lover turned husband.

Ilhan Omar’s campaign is on track to pay her husband’s consulting firm $1.16 MILLION in 2020

Last year, while she was having an affair with her now-husband she paid his firm $523K

How is this legal?

She’s funneling money back into her own pockets

John Soloman reports for Just The News – The campaign of Rep. Ilhan Omar, D-Minn., paid more than $292,000 in the first quarter of 2020 to E Street Group, according to the Federal Election Commission filings. According to Omar, the man who is now her husband helped found E Street.

This is what happens when rightwing Twitter trolls are treated as authorities on campaign law.

1. The gov’t doesn’t fund my campaign. Grassroots donors do.

2. Everything we spend is used for a legitimate expense and paid at fair market value. (Thread) pic.twitter.com/pjBwtfDykz

Mynett is a partner at the company according to his LinkedIn profile. The congresswoman’s campaign has previously worked with and paid E Street in the past. Her campaign spent more than $500,000 with the company in 2019.

A group lodged a Federal Election Commission complaint in 2019 relating to travel expenses after Mynett’s then-wife claimed there was an affair between her husband and Rep. Omar but the Star Tribune reports that there has been no public action in response to that complaint and Omar and Mynett had denied the affair allegation.

Omar in March publicly addressed her relationship with Mynett and the E Street Group, noting that “a substantial portion is for digital buys, print and advertising which are costs that get passed on.”

In Rep. Ilhan Omar was asked by a Rebel Media reporter if she married her brother to help him commit immigration fraud while filing joint tax returns with her husband she was married to in “religious ceremony” at the same time. Omar refused to answer.

What is it about the Muslim freshman lawmaker that endears her to her Muslim immigrant constituents? Is it her anti-Semitism or could it be her constant calls for preferential treatment for refugees, like government-funded homes for all? It certainly can’t be her affair with a married, non-Muslim man while she was married to the Muslim father of her three children in the district she represents.

This article originally appeared at 100 Percent FED Up and was republished with permission.