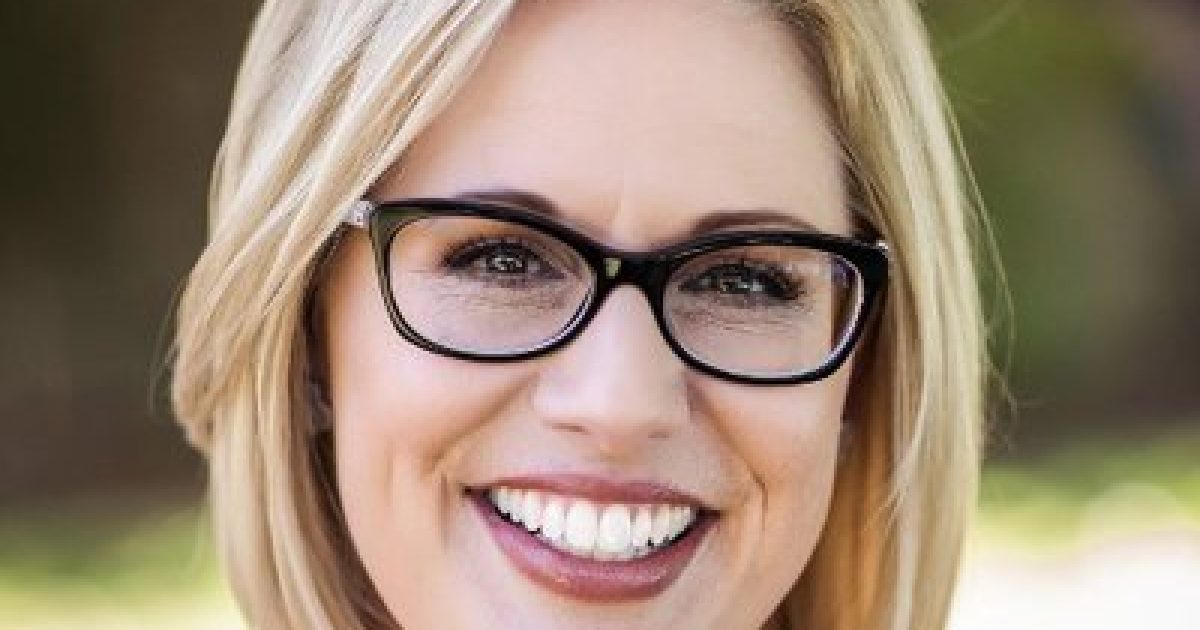 US Senate candidate and Representative Kyrsten Sinema (D-AZ) not only promoted the criminal attorney that defended the Blind Sheikh for his role in the World Trade Center bombing, but invited people to her events and defended her.

The attorney in question is one Lynn Stewart. Stewart not only defended the Blind Sheikh, but she also violated the law in passing his messages to his Islamic terrorist allies.

Sinema, a co-founder of the activist group Local to Global Justice, invited people in a now-closed Yahoo group to attend two events with Lynn Stewart, both in 2003.

At the time of the invite, Stewart had been charged with helping her former client Omar Abdel Rahman, a radical Egyptian spiritual leader of a terror group, to pass on secret messages to his followers to commit terror attacks.

Rahman was a former client of Stewart’s who was charged and sentenced to life in the 1990s for plotting to blow up the United Nations, an FBI building, two tunnels, and a bridge in New York City.

“Prior to September 11th and the hastily enacted ‘Patriot Act,’ Lynne Stewart never would have been indicted at all,” the invite posted by Sinema read.

“Last April, FBI agents arrested Stewart at her Brooklyn home. As they took her away in handcuffs, the FBI invaded and searched her Manhattan office. Her crime? Doing her job for the past 27 years as an outspoken criminal defense lawyer,” it added.

No, her crime was helping a known Islamic terrorist leader get his message to jihadis in his organization so that they could commit crimes, but Sinema defends this woman.

What crimes are we talking about?

Because Stewart passed on these messages, she was collaborating with the jihadis in the Luxor Massacre.

According to the Irish Times:

Islamic militants beat small children with guns, raped and mutilated women, and danced for joy as they massacred tourists at the Hatshepsut temple in Luxor, Swiss survivors said in accounts published yesterday.

“They beat a small child, again and again with a rifle barrel. They were still beating the child after it was already dead,” one weeping eyewitness of Monday’s slaughter told the Zurich newspaper, Blick.

Some 60 people died in the onslaught, at least 33 of them Swiss.

One woman recalled how the militants brutally beat a five-year-old child next to her while dancing and yelling “Allah, Allah”.

Ms Rosemarie Dousse (66), from western Switzerland, told her husband the militants mocked the screams of young women as they raped and killed them.

He told Blick of her account that around a dozen young men ran up to groups of tourists in the Valley of the Queens, forced them to kneel and began shooting. Shot in the knee and arm, his wife smeared herself with the blood of the dead lying on top of her, and lay still.

“They took away the young women and girls,” she told him. “Then a short time later we heard them screaming `no, no, no’. The men raped them and then slashed their throats and stomachs while laughing and themselves yelling `no, no, no’. I will hear these screams for a long time.”

Another Swiss woman who comforted survivors in a Cairo hospital told the mass-circulation newspaper of a German woman, identified only as Manuela, whose arms and legs were only slightly injured.

“But she experienced absolute horror. She had to see her father beheaded. She told us, sobbing `I saw Daddy’s head roll away’,” the woman said.

The 5-year-old mentioned above was Shaunnah Turner.

Witnesses told how the terrorists methodically executed the European tourists. Some were forced to kneel before being shot, while others were stabbed to death. Little Shaunnah, her mum and gran, all from Ripponden, West Yorks, died alongside fellow Brits George Wigham, 69, and wife Ivy, 71, of Swanley, Kent, and Londoner Sylvia Wilder, 26. Shaunnah’s dad Richard said after the horror: “In a crowd she would shine. She was really beautiful. She had an impish charm that could win anybody over.”

It breaks your heart, but not Sinema’s. She seems just fine defending those who collaborated in the crime, like Ms. Stewart.

Sinema also employed the Awans, who were Muslims IT spies in the House of Representatives.

Perhaps, it’s time to confront Sinema and ask her if she supports the massacre. If she doesn’t and calls it evil, then ask her why she is promoting a woman who collaborated in it? It needs to be done right on camera noting the vileness of Islamic jihadis and what Sinema is actually supporting in her support of Stewart.