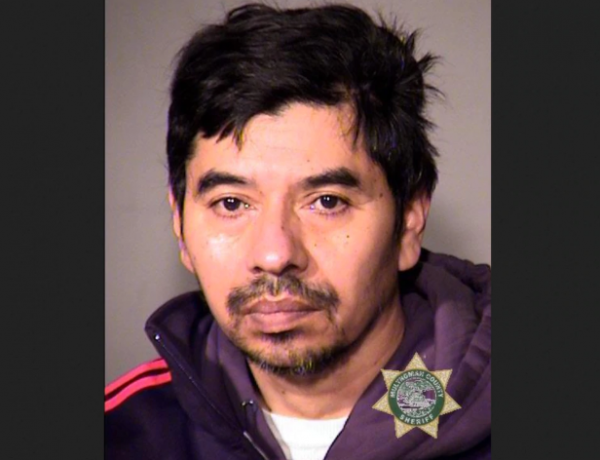 Portland, OR. Federal immigration officials made a point of announcing Tuesday that they had tracked down a convicted dog rapist at his home earlier that day after Multnomah County jailers released him last month without alerting them as requested.

It was the latest volley in a yearslong fight between U.S. Immigration and Customs Enforcement and the Multnomah County Sheriff’s Office. ICE wants the county to let it know when undocumented immigrants are scheduled to leave jail — or as an alternative, hold the inmates for up to 48 hours. The county says it can’t do that.

In this case, ICE spokeswoman Tanya Roman said 52-year-old Fidel Lopez is an “illegally present Mexican citizen” and the agency plans to transport him to the Northwest Detention Center in Tacoma for an immigration hearing now that he’s in federal custody.

Lopez, whose last listed address was in Southeast Portland, was convicted of sexually assaulting his fiancee’s Lhasa Apso mix. Lopez admitted to having sexual intercourse with the animal, according to court papers. The animal had to be euthanized. News of Lopez’s crime drew public outrage.

He was sentenced to three years of probation and 60 days in jail on April 8, but was let out of jail immediately because he had already served the time leading up to his sentencing hearing.

County leaders have repeatedly said they can’t legally detain inmates under state and federal law when immigration officials send only a written administrative “detainer” asking that an inmate be held for up to 48 hours.

Sheriff Mike Reese has said the jail must receive a criminal arrest warrant signed by a federal judge and that the jail won’t share information with federal immigration authorities.

Federal officials have said county leaders have taken a philosophical, not a legal, stance.

In a written statement, Roman said, “ICE maintains that cooperation by local law enforcement is an indispensable component of promoting public safety.”

“It’s unfortunate,” the statement said, “that current local and state laws and policies tie the hands of local law enforcement agencies that want and need to work with ICE to promote public safety by holding criminals accountable and providing justice and closure for their victims. Sanctuary policies not only provide a refuge for illegal aliens, but they also shield criminal aliens who prey on people in their own and other communities.”

Last fall, they also announced that the Multnomah County jail had released 46-year-old Martin Gallo-Gallardo months earlier despite a request ICE says it sent the jail to notify them. After his release, Gallo-Gallardo, whom ICE says entered the U.S. illegally, was arrested on accusations of killing his wife and dumping her body in a ditch near Sandy, authorities say.