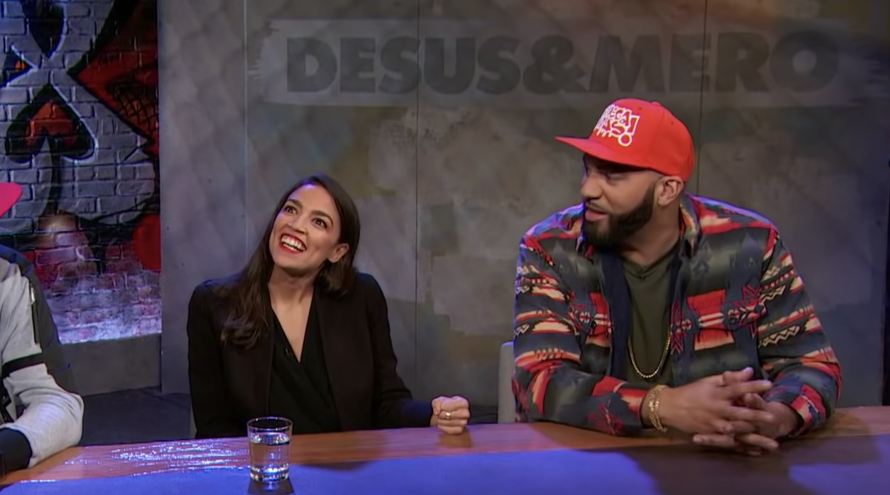 How someone this stupid got elected to Congress is truly beyond me. I guess she got out and beat the streets harder than her opponent. In either case, we are stuck with hearing from Rep. Alexandria Ocasio-Cortez for at least the next 2 years unless someone has the good wherewithal to impeach her. In saying that, the New York congresswoman presented a new way, in her opinion, to fight climate change: eat fewer hamburgers.

If you recall, President Donald Trump invited the NCAA football Champion Clemson Tigers to the White House and served them between 300 and 1,000 burgers, along with other food.

However, Ocasio-Cortez seems to think that’s out of line, especially as she pushing her Green New Deal.

In an appearance on the season premier of Showtime’s Desus & Mero this week, AOC said that Americans need to not eat hamburgers for “breakfast, lunch and dinner.” She said we need to make some changes to our diet so we can address the ‘problem’ of factory farming.

“In the deal, what we talk about – and it’s true – is that we need to take a look at factory farming, you know? Period. It’s wild,” Ocasio-Cortez said. “And so it’s not to say you get rid of agriculture. It’s not to say we’re gonna force everybody to go vegan or anything crazy like that. But it’s to say, ‘Listen, we gotta address factory farming. Maybe we shouldn’t be eating a hamburger for breakfast, lunch, and dinner.’ Like, let’s keep it real.”

However, diets are just the start for AOC. She wants to nanny state Americans far more than Michael Bloomberg ever dreamed.

“But we have to take a look at everything,” Ocasio-Cortez continued, “and what we need to realize about climate change is about every choice that we make in our lives, you know?”

OK, but if it’s our “choice,” why are you trying to push your agenda on people? This is the same woman that doesn’t want the law imposed on women for “choosing” to murder their babies. Yet, she wants to pontificate on forcing you to choose whether or not you follow her “law.”

AOC removed her Green New Deal Frequently Asked Questions page from her site, which called for getting rid of “farting cows.”

The obvious question that should be asked here is, if we are eating them, aren’t we actually doing that? Why not try feeding them grass instead of corn and their own waste? After all, that’s what organic farmers have been doing for years.

The solution is not to stop eating hamburgers, it’s to get rid of snake oil salespeople like Alexandria Ocasio-Cortez who actually think the world is coming to an end in 12 years but live like there is no tomorrow.

Watch the interview below around the 18-minute mark.