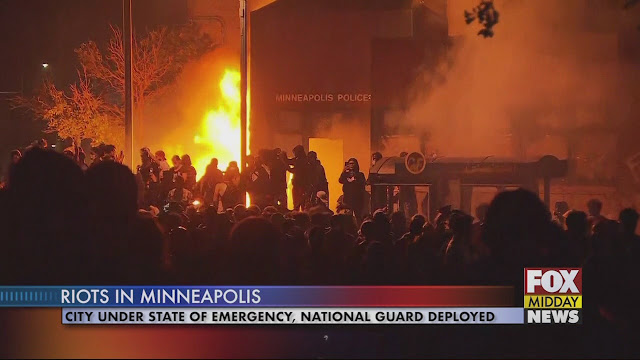 The Harper’s letter protesting cancel culture, while being too afraid to even put the name of the beast on paper, was doomed even before it hit the social media grinder.

After over two centuries of liberals being guillotined by leftists, it would be nice if they had learned something. Unfortunately American liberals have learned nothing from France in the 18th century, and Russia in the 20th century, as they set themselves up for a beating in 2020.

It doesn’t help that less than half of the Harper’s letter signatories are even liberals. Instead of making a case for liberal values, the letter is reduced to arguing that fellow allies shouldn’t be lynched for questioning dogma or accidentally falling out of step with the movement.

That’s not a defense of liberal values, but a plea to Stalin not to shoot quite so many socialists. 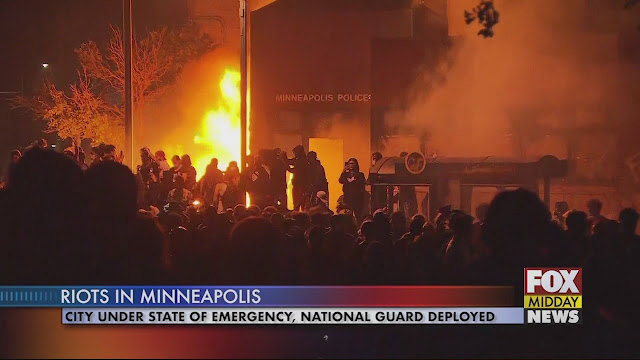 The Harper’s letter never names the ideas driving cancel culture, such as intersectionality and critical race theory, because its members are either too afraid to offer an ideological critique or because many of them agree with those ideas. Their dissent isn’t a liberal disagreement with the ends, but with the extremism of some of the means, and that’s why they’re losing.

The opposition to cancel culture is a mixed bag of actual liberals, traditional lefties who reject identity politics in favor of old-fashioned class warfare, and a cocktail party set that’s fine with the purges as long as they don’t go overboard and affect their friends and allies. This latter group is the first one to self-cancel and defect, followed by the liberals, and then the lefties.

Once upon a time, Bernie Sanders opposed identity politics.

Membership in the Democrat Party and in its allied post-liberal culture establishments of the media, academia, and the smart set requires getting on board with identity politics. The few liberal holdouts are becoming the Mensheviks and the lefty holdouts are the Trotskyists. Neither seem likely to enjoy a happy future under the spiked bootheels of intersectional Bolsheviks.

And an alliance between the two is difficult because they operate under very different premises.

Lefty holdouts argue, correctly, that identity politics is a convenient means for the existing establishment to hold on to power by substituting racial conflict for economic conflict. Put in a few minority CEOs, have Nike run ads about racism, and nothing really has to change.

The Trots have no problem with cancel culture. What they dislike is its trajectory and direction. They want to see capitalists hanging from lampposts, not white women lynched for dialing 911.

And the liberals don’t want to hang anyone from anything because it just isn’t very nice.

American liberalism began its slow death when it embraced identity politics. When liberals began validating tribalism, they dismantled the moral and intellectual premise of liberalism.

Black Lives Matter is just the idiot Marxist grandchild of the Black Panthers partying with upper crust Manhattanites two generations ago. The liberals who embraced radical chic, as long as it was wrapped in racial packaging, disavowed their movement and the rest is history. Now their children and grandchildren are being cancelled as the revolution catches up with them.

When liberals create exceptions to liberalism, then liberalism disappears. That’s what actual liberals like Alan Dershowitz understand. Exceptions to a principle eventually become the principle. And the principle that compromised liberalism was that it didn’t apply to the oppressed. The radical leftist idea that liberals had rejected when it came to violent class revolution became acceptable when it came to race and then the rest of identity politics.

The essential radical idea is that a crisis cannot be met with anything short of radical change.

Liberals can only win a debate against radicals when they don’t just dissent from the means, but also from the ends. Those liberals who decided to support a dictatorship of the proletariat became Communist sympathizers and ceased to be liberals. Their occasional critiques of the mass executions and the gulags were as weak and ineffective as the Harper’s letter.

Mostly they carried the bloody water of the Marxist regimes that reflected their aspirations.

Those liberals who dissented, not just from Soviet repression, but from its totalitarian ends, who understood that the atrocities were not an occasional aberration, but the nature of the beast, carried the torch of liberalism during the dark days of the Cold War alongside conservatives.

The Communist pitch to liberals was that radicalism was needed because a liberal society would not work in Russia. Not with all those oppressed peasants and workers.

The fundamental premise of Black Lives Matter is that liberalism doesn’t work because it’s an invention of powerful white people. Equality, due process and open debate are invalidated by white people and institutionalized whiteness. A free society inherently privileges white people over oppressed minorities. And so a free society will oppress and enslave black people.

This isn’t an original argument.

The Communists made the same argument about free societies and workers. A free society would inherently privilege those who had wealth over those who did not. Free speech and a free press would mean very different things for a factory owner and for his workers. The only answer was to first forcibly equalize society by using the power of the state to purge the bourgeois and then, in time, a truly equal Communist society would emerge from the mass graves and gulags.

True liberals understood that this was a hypocritical argument for an endless totalitarian state.

And yet, a generation later, many liberals failed to rebut the same argument being made in racial terms. Now, Black Lives Matter’s “trained” Marxist leaders have gotten the leadership of what used to be the liberal establishment to accept that liberalism is systemically racist.

The defenses of cancel culture all come down to the argument that liberalism is racist.

Free speech privileges white people. So does a free press, intellectual inquiry, open debate, or not destroying people’s lives because they disagree with you. The oppressed, we are told, don’t have the physical endurance or the emotional energy to tolerate the trauma of disagreement.

Any liberal campaign against cancel culture has to challenge this exception to liberalism.

Cancel culture asserts that any disagreement, dissent, or even mistake, from Trump down to a liberal professor arguing in favor of free speech, is a traumatic form of oppression that is literally killing trans people of color, and must be immediately stopped by any means necessary.

This is the crisis at the center of the movement. And liberals have failed to meet it.

Cancel culture weaponizes rage, performative pain, outrage, and trauma. Its liberal critics resort to abstractions without ever mounting a serious effort to close the old loophole of liberalism.

If the few remaining liberals want a free society, they will have to defend its moral legitimacy, not just through abstract principles, but by exposing the totalitarianism of the radicals warring on it.

A liberal society requires people to choose freedom over power. Those who would rather have power than freedom will always find such a society oppressive and conspire to destroy it.