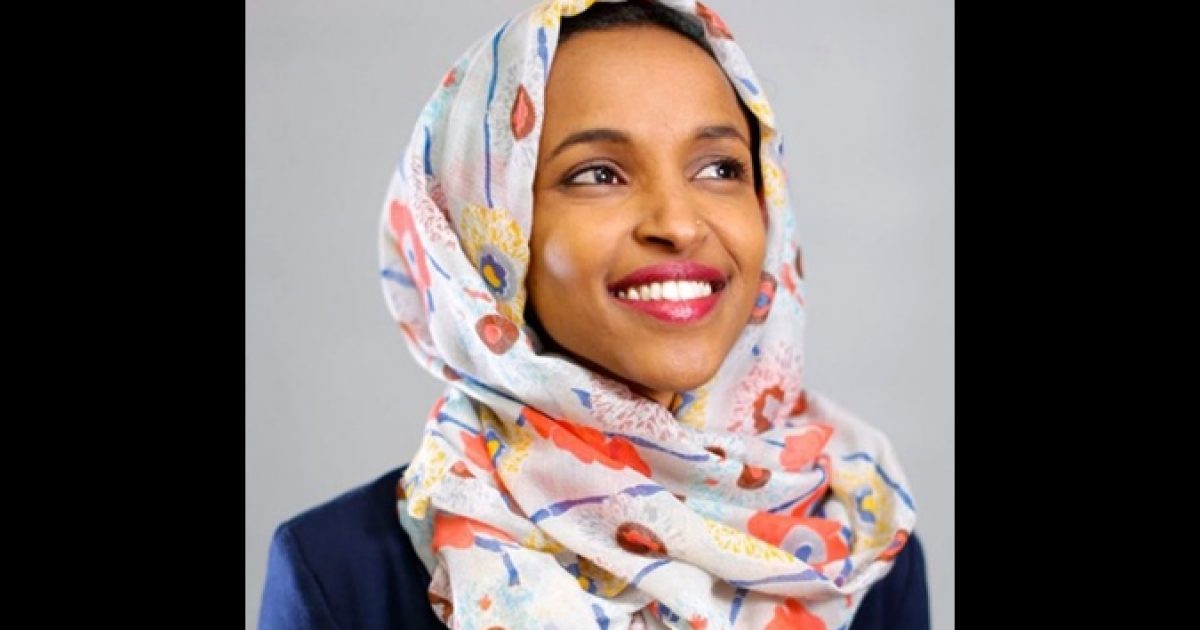 The Democrats were supposed to release a statement condemning Ilhan Omar for ‘anti-Semitic’ remarks. It didn’t happen. Instead, a fight over ANY resolution occurred and special interests got hold of the idea – LGBTQ, Muslims, and all those who want to oppose “hate.” And the far left defended Omar to the hilt. So instead of censuring her remarks, now they plan to release a statement on all “hate” today. Watered down, totally irrelevant from the original issue.

Some Democrats were worried that directly censuring her would increase the “security” danger to her, according to Fox. Which is possible, since people tend freak out over such things.

Our democracy is built on debate, Congresswoman! I should not be expected to have allegiance/pledge support to a foreign country in order to serve my country in Congress or serve on committee. The people of the 5th elected me to serve their interest. I am sure we agree on that! https://t.co/gglAS4FVJW

Let’s be blunt here: Ilhan Omar has an agenda. She would have a wonderful testimony if she were for America – which placed her in a powerful position. She must NOT be on the House Foreign Relations Committee. She has already shown potential anti-American sentiments by her method of questioning the US envoy to Venezuela.

She recently spoke for the IRUSA and is scheduled to speak for CAIR, both Muslim brotherhood affiliated groups. Both groups have an underlying agenda to destroy the United States.

“The Ikhwan [brothers] must understand that their work in America is a kind of grand Jihad in eliminating and destroying the Western civilization from within and “sabotaging” its miserable house by their hands and the hands of the believers so that it is eliminated and God’s religion is made victorious over all other religions.” Explanatory Memorandum On the General Strategic Goal of Muslim Brotherhood 5-22-1991 (The first few pages of this memo are in Arabic, you have scroll down further to find it in English.)

“Islamic Relief” – IRUSA – is an arm of the largest Muslim fundraising group globally. According to a 36-page report from the Middle East Forum, the founder of Islamic Relief, Hany El-Banna, has been involved with several organizations with ties to the Muslim Brotherhood and Hamas, including once serving as the trustee of the Muslim Aid charity that has funneled money to Hamas. That’s not counting its other members who have terror ties. Ilhan Omar has been speaking to these groups. Some believe the Muslim Brotherhood has fully infiltrated our legislature through both Omar and Rashida Tlaib.

“Whoever organizes or helps or attempts to organize any society, group, or assembly of persons who teach, advocate, or encourage the overthrow or destruction of any such government by force or violence; or becomes or is a member of, or affiliates with, any such society, group, or assembly of persons, knowing the purposes thereof-Shall be fined under this title or imprisoned…” 18 U.S. Code § 2385

Are Omar’s actions a violation of US Code? Petitions (this is a link to just one of them) have been launched to remove her from the HFAC, but thus far Nancy Pelosi has declined to do so.