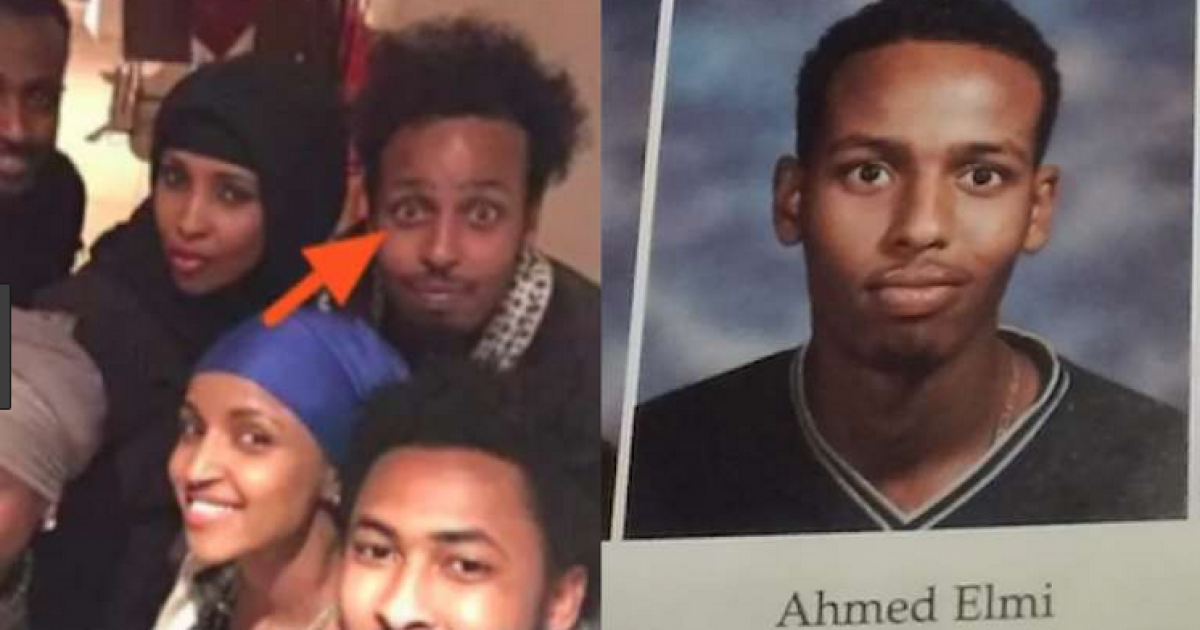 A federal lawsuit seeks an investigation whether Rep. Ilhan Omar (D-MN) has violated U.S. Immigration laws: allegations of fraud in her application for refugee status; in her marriage to a purported brother; and her support of terrorist organizations. After due process and if convicted in a criminal proceeding, Ilhan Omar at minimum could be deported from the United States.

A Judge may grant a Writ of Mandamus to force the U.S. Department of Homeland Security to investigate the claims of violations of immigration law, described by Larry Klayman of Freedom Watch, Inc, in this lawsuit:

“Ms. Omar was not eligible for naturalization, including because she was already living safely in the resort city of Mombasa, Kenya, famous for its magnificent beaches on the Indian Ocean, and a magnet for wealthy tourists from Europe and around the world.”

“Kenya itself, though not “utopia,” is a relatively prosperous country due to its tourism economy, with a building boom in Nairobi funded largely by Chinese investors.”

“Kenya has a relatively stable political system, even though Kenya’s democracy is limited and elections not always ideal. It is a relatively secure and safe nation, driven by the government’s desire to attract tourism.”

“She may have also been admitted under ‘Temporary Protected Status’ (‘TPS’) which would not lead to citizenship.”

“Therefore, Ms. Omar was not eligible for naturalization as a U.S. citizen because she was not legally and properly eligible to be a refugee. Based on those circumstances, it appears certain that Ms. Omar’s application for refugee status – being already safe in Kenya at the time – contained false statements making her refugee status fraudulent.” Complaint, ¶¶18-23.

Omar’s marriage to a purported brother

“Thereupon, in 2002, according to marriage records in Minnesota’s Hennepin County, Omar applied for a license to marry her current husband, Ahmed Abdisalan Hirsi, who Omar says went by Ahmed Abdisalan Aden at the time in 2002.”

“Mr. Hirsi is the father of Omar’s three children. Omar is depicted with Hirsi and their children on her social media and internet postings.”

“Thereupon, on February 12, 2009, Ms. Ilhan Omar married her brother, Ahmed Nur Said Elmi, who was not a US citizen, according to a marriage certificate issued in Hennepin County.”

“It appears that Ms. Omar was still married at the time to Mr. Ahmed Hirsi. Omar disputes that Elmi is her brother, but there appears to be no other conclusion possible. Elmi’s birthdate on the couple’s marriage certificate would make him three years younger than her. Omar’s campaign has said she and others can’t get birth certificates because the infrastructure in Somalia collapsed during a civil war.”

“Ms. Omar is evasive about her family, describing herself variously as one of seven, six, or five siblings.”

“In 2011, Ms. Omar separated from Elmi, with a Muslim cultural divorce not an official governmental divorce.”

“But in 2012, Ms. Omar reunited with Hirsi and had a third child with him, according to her divorce records.”

“In 2017, Ms. Omar formally divorced Elmi (after being elected to the legislature).”

“The evidence indicates that Ms. Omar’s sham marriage to her brother was an immigration fraud to assist his entry into the United States and intended for him to be naturalized as a U.S. citizen.” Complaint, ¶¶59-66.

“If Ilhan Omar were convicted of marriage fraud, the criminal conviction may be grounds for denaturalization and the loss of citizenship of not only her brother, Ahmed Nur Said Elmi but also Ilhan Omar herself.” Complaint, ¶26.

“Omar was the keynote speaker at the Council for American Islamic Relations’ (‘CAIR’) 4th Annual Valley Banquet on March 23, 2019 at Woodland Hills, California, where she dismissed the tragedy of September 11, [2001] as just some persons ‘doing something.’”

“The U.S. Department of Justice had previously named CAIR as an unindicted coconspirator in a criminal prosecution of the Holy Land Foundation in Dallas, Texas for allegedly funneling millions of dollars to the terrorist organization Hamas.”

“Additionally, the United Arab Emirates (UAE) named CAIR a terrorist organization along with al-Qaeda and ISIS in 2014.”

“Omar was also the keynote speaker this month at a fundraising event for Islamic Relief USA (‘IRUSA’), an affiliate of Islamic Relief Worldwide (‘IRW’), the largest international Islamic charity in the world.”

“The connections between the IRUSA, the IRW and terrorism indicate Ilhan Omar’s support for and/or membership in organizations that provide support to terrorists.”

“In 2006, Israel arrested [an IRW] project coordinator in its Gaza office for funneling money to Hamas.”

“In June 2014, Israel officially declared the organization to be illegal and banned it from operating in Israel and the Palestinian territories.”

“In November 2014, the United Arab Emirates declared the IRW to be a terrorist group.”

“Omar spoke alongside senior IRUSA official Yousef Abdallah, who was widely criticized in 2017 after the Middle East Forum found he had expressed violently anti-Semitic ideas on his social media accounts.” Complaint, ¶¶44-53.

Ms. Ilhan Omar “is a supporter of the illegal Boycott, Divestment, and Sanction movement which – in violation of the Anti-Boycott Act – seeks to strangle Israel economically.”

Israel has hypnotized the world, may Allah awaken the

people and help them see the evil doings of Israel. #Gaza

“Omar faced massive backlash after she stated on February 10, 2019 that Americans’ support for Israel is bought by campaign donations from the American Israel Public Affairs Committee (AIPAC) rather than a sincere and genuine alliance of shared values, goals, and interests between Israel and the United States of America which benefits the United States and a keen historical understanding that Israel’s enemies are the United States’ sworn and mortal enemies, regularly chanting ‘Death to America!’ in organized national demonstrations.” Complaint, ¶¶34-36.

“In sum, A full investigation should be ordered to be commenced and undertaken, a full evidentiary hearing held, and Ilhan Omar, if the prima facie facts set forth in Freedom Watch’s petition at Exhibit 1 are substantiated, Omar should be denaturalized as a citizen of the United States, deported and criminally prosecuted for immigration fraud and her other alleged illegal actions including but not limited to her support if not collaboration of and with terrorist related domestic groups like CAIR and the Islamic Society of North America, the Muslim Brotherhood and other international terrorist organizations like Hamas and Hezbollah.” Complaint, p. 28.