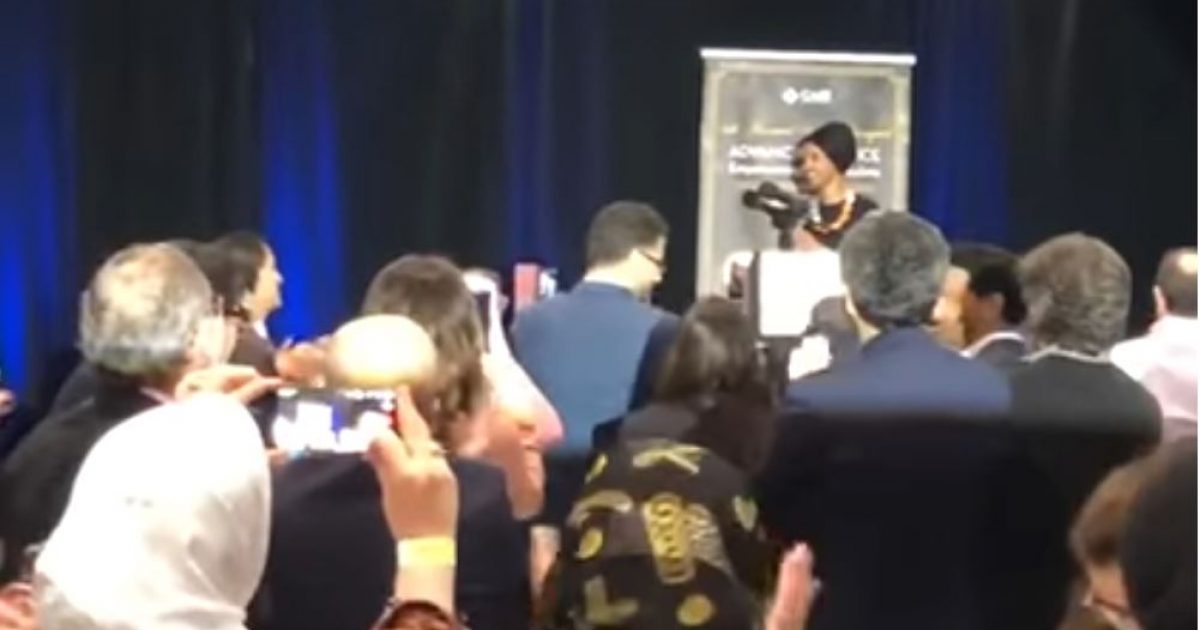 While addressing the Council on American–Islamic Relations 4th Annual Valley Banquet in California on Saturday evening, anti-Semitic Rep. Ilhan Omar, D-Minn., said followers and supporters of the organization should “raise hell” and “make people uncomfortable,” a post at the Gateway Pundit reported.

She also blamed President Trump for the New Zealand shooting carried out by an Australian man who self identified as an eco-fascist and a lover of Communist China.

“It doesn’t matter how good you were if you can’t have your prayer mat and take your 15 minute break to go pray in a country that was founded on religious liberty,” she told the crowd. “It doesn’t matter how good you are if you one day find yourself in a school where other religions are talked about, but when Islam is mentioned, we are only talking about terrorists and if you say something you are sent to the principal’s office.”

“So, to me, I say raise hell. Make people uncomfortable,” Omar added. “Because here’s the truth, for far too long we have lived with the discomfort of being a second-class citizen and frankly I am tired of it, and every single Muslim in this country should be tired of it.”

Rep. Omar urged the crowd to confront people if someone looks at them strangely. She explained that people are less hateful once they meet someone.

Approximately 17 and a half minutes into the speech, Rep. Omar addressed why she is so focused on Israel — though she did not say the nation’s name. She said that when she is having a conversation and someone asks her why she keeps talking about “this particular country” and not other countries, she said her “choice of a country to talk about is not my preference of country. It is based on what country is violating basic human rights.”

The speech received a standing ovation from the crowd.

So, Omar now wants Muslims to confront people who simply look at them? Then she wants them to “raise hell” and “make people uncomfortable?”

That sounds to me like a possible incitement to violence.

Fox News reported that Omar faced hundreds of protesters when she arrived at the Woodland Hills hotel where the fundraiser was being held.

“Burn the Quran!,” “Ilhan Omar, go to hell!” and “Shame on you, terrorists!” were among some of the messages shouted outside a Woodland Hills hotel where the Minnesota Democrat spoke at a fundraiser for the Council of American-Islamic Relations (CAIR) of Greater Los Angeles, according to a report. The town is about 25 miles northwest of downtown L.A.

The protesters lined a sidewalk area, where they waved Israeli flags and denounced the freshman congresswoman over recent remarks that some have described as anti-Semitic, the Los Angeles Daily News reported. The atmosphere was a mix of dancing and music mixed with the vitriolic comments against Omar, the report said.

Guests at a local Hilton Hotel also participated in the protest and unfurled banners that read, “CAIR hates Jews” and “Ilhan hates Israel.”

Omar was also met by protesters at the hotel:

Omar, however, dismissed the concerns of those protesting her and CAIR:

“I know many of them drove miles to get here, spent a lot of energy, and resources, and money to purchase the signs that they have. But I don’t think any of them realize that people like myself and many of the people in this room could care less about what they have to say — because we know who we are and where we belong.”

Keep in mind this is the same Omar who said she doesn’t think Trump is a human being, once sought leniency for men trying to join ISIS and blamed America for a terrorist attack in Kenya. She also wants to defund the Department of Homeland Security.

Here’s audio of her speech, courtesy of the Gateway Pundit:

Here’s video of the protest: