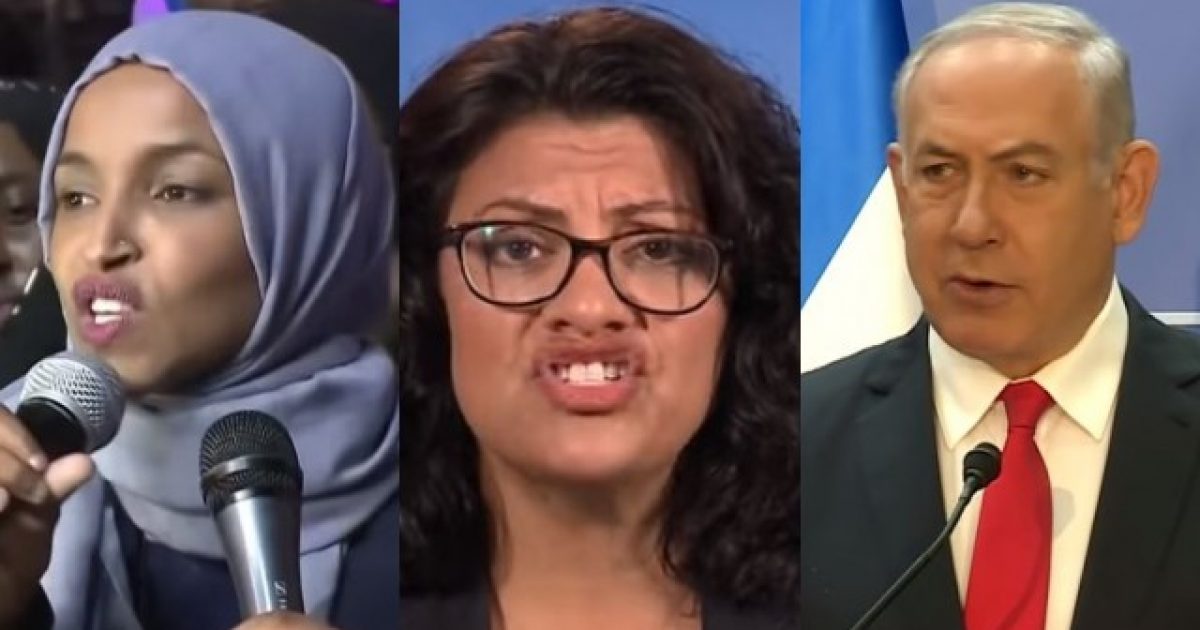 Just Out Opinion| Israeli Prime Minister Benjamin Netanyahu is to make the final decision as to whether or not Democratic United States Representatives Ilhan Omar and Rashida Tlaib will be granted access to travel to the Jewish State “for an upcoming tour of the West Bank; potentially blocking the lawmakers for their calls to boycott the country,” according to Hannity.com.

“Democratic U.S. Congresswomen Ilhan Omar and Rashida Tlaib are planning a visit to Israel and the West Bank in the coming weeks, but Israeli Prime Minister Benjamin Netanyahu will have to decide whether they would be let in to the country, over the support they have voiced for the boycott, divestment and sanctions movement,” reported Haaretz.

“Israeli law allows authorities to deny entry into the country by individuals who support boycotting the country. However, the Foreign Ministry has the authority to recommend to the Strategic Affairs Ministry and the Interior Ministry issuing waivers for political or diplomatic figures, if it deems denying them entry would harm Israel’s foreign relations,” the website added.

The Prime Minister will make the final decision.

According to Hannity.com, “Representatives Ilhan Omar and Rashida Tlaib introduced new legislation this week defending a boycott of Israel; directly comparing the world’s only Jewish State to Nazi Germany during World War 2.”

“U.S. Rep. Ilhan Omar proposed a resolution this week supporting the right to boycott Israel, likening the boycott of the Jewish state to boycotts of Nazi Germany and the Soviet Union,” reported Fox News. “Omar’s resolution seeks to push back against U.S. laws banning the boycott of Israel and affirms the right of Americans to organize boycotts of foreign countries if they so wish,” the network added.

“We are introducing a resolution … to really speak about the American values that support and believe in our ability to exercise our First Amendment rights in regard to boycotting… And it is an opportunity for us to explain why it is we support a nonviolent movement, which is the BDS movement,” stated Representative Omar.

According to Hannity.com, the BDS Movement (Boycott, Divestment, and Sanctions) is a “pro-Palestinian boycott” of all companies and products based in Israel.

“Americans of conscience have a proud history of participating in boycotts to advocate for human rights abroad including … boycotting Nazi Germany from March 1933 to October 1941 in response to the dehumanization of the Jewish people in the lead-up to the Holocaust,” Omar stated in the resolution that was introduced on Tuesday.

Congressman Lee Zeldin wasted no time in condemning the resolution, saying “Israel is our best ally in the Mid East; a beacon of hope, freedom & liberty, surrounded by existential threats. Shame on Rep @Ilhan Omar for bringing her hateful twist on that reality to House Foreign today, propping up the BDS movement & blaming Israel for all of its challenges.