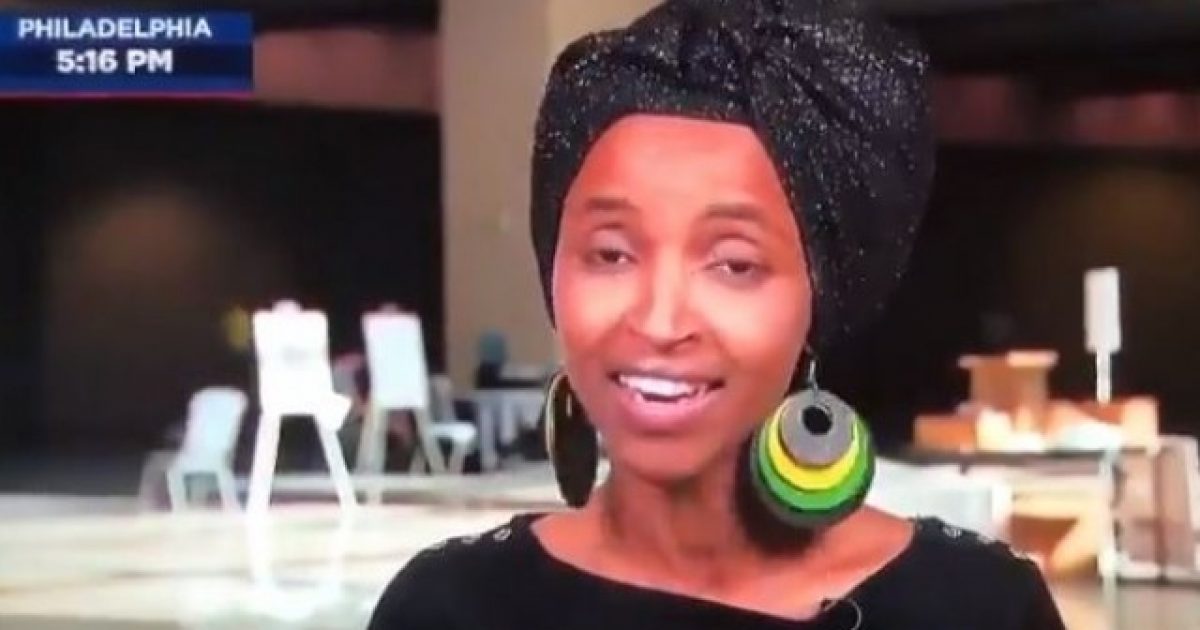 Kirsters Baish’s OPINION – | It’s really starting to seem like Democratic Minnesota Representative Ilhan Omar hates the United States. On Saturday, she sat down with the ultra liberal Al Sharpton to talk about the ongoing crisis at the southern border.

It really seems to me like Omar resents the country she claims to represent.

Rep. Ilhan Omar, D-Minn., on Sunday joined Democrats who took issue with a recent interview with House Speaker Nancy Pelosi, who criticized the influence of the four freshmen lawmakers who voted against the $4.6 billion border bill signed into law last week by President Trump.

Pelosi, who was interviewed by New York Times columnist Maureen Dowd, played down the influence these representatives wield, saying, “All these people have their public whatever and their Twitter world. But they didn’t have any following. They’re four people and that’s how many votes they got.”

You know they’re just salty about WHO is wielding the power to shift “public sentiment” these days, sis.

Ilhan Omar can’t seem to keep her mouth shut, much like fellow liberal Alexandria Ocasio-Cortez. These two are the perfect faces of progressive liberalism in America.