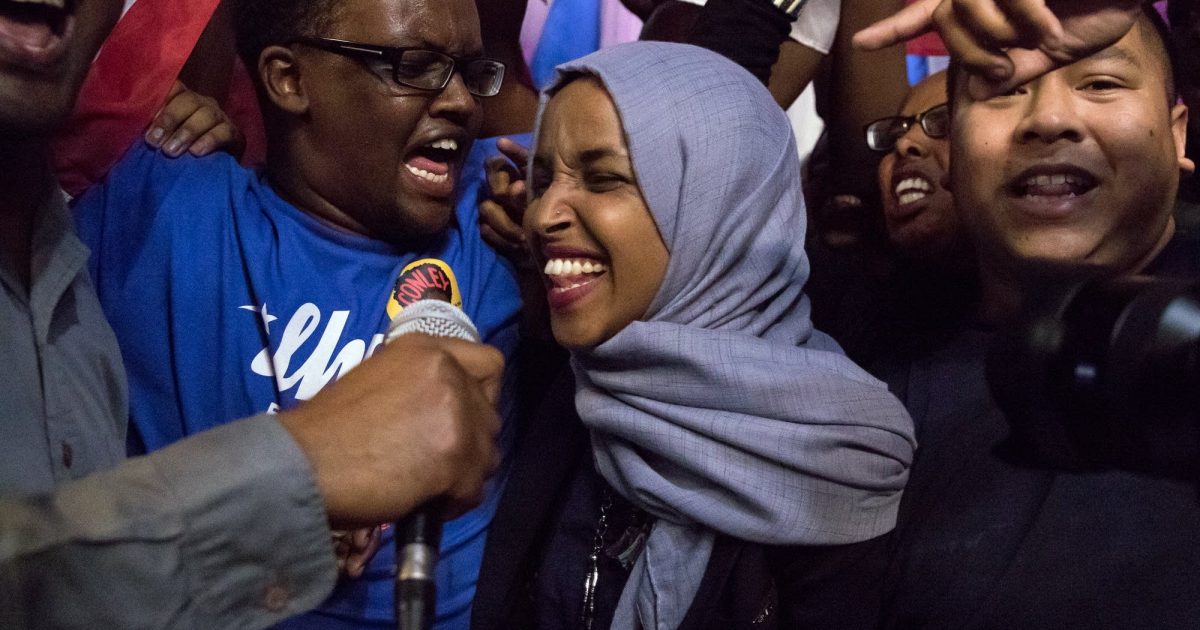 What Ilhan Omar does is bad enough, and getting worse all the time, but what is even worse still is the fact that the Democrats have embraced her hatred of America.

They have embraced and internalized it.

It is part of what they are.

The horror of the hate that Omar represents and fosters is very real, but we can be grateful that America is seeing this, hearing this, finally — the true face of the new Nazi party, the party of jihad, the party of treason.

The notoriously hard-left enemedia has hidden the evil of the Democrat party for far too long.

Scrub as they might, this is too evil to shroud.

“Ilhan Omar: The Most Ungrateful Immigrant In America?,” by Matt Vespa, Townhall, April 11, 2019:

…Ilhan Omar stepped on a rake again, saying that the 9/11 terrorist attack was an event where “some people did something.” She marginalized and downplayed the attack that left nearly 3,000 Americans dead at a CAIR event last month. This is on top of the various anti-Semitic antics she’s partaken in over the past few weeks; Pelosi defended these incidents by pretty much saying that Omar was too dumb to know what she was saying. Omar has lived here for over a quarter century. She’s a refugee. She’s been educated here. And she’s been elected to the House. And this is how she treats one of the most vicious attacks against our country? Katie nailed it: she’s just an ungrateful immigrant, maybe the most ungrateful….