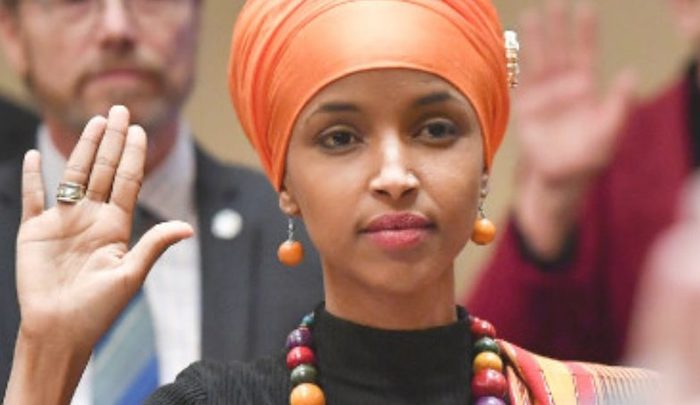 In 2014, the United Arab Emirates designated the Hamas-tied Council on American-Islamic Relations (CAIR) as a terror group, and the senators in the US have been pushing to designate the Muslim Brotherhood as a terror organization, which would also include groups in the US like CAIR. Still, Muslim Representative Ilhan Omar, who once sought leniency for Islamic State terrorists, will be fundraising with CAIR.

On March 23, Omar will speak at CAIR-Los Angeles’ 4th Annual Valley Banquet, where tables will cost $500.

“CAIR-LA is honored to have Congresswoman Ilhan Omar (D-MN) as the featured speaker for the 4th Annual Valley Banquet,” reads a press release from the Los Angeles chapter of the group that was formed as a Hamas support network in the United States.

According to the Daily Caller:

Democratic Minnesota Rep. Ilhan Omar is scheduled to raise money in March with the Hamas-linked Council on American-Islamic Relations (CAIR) only a week after she used an anti-Semitic trope to claim Israel has paid for GOP support.

Omar will be the keynote speaker at CAIR’s 4th Annual Valley Banquet on March 23 to discuss advancing justice and empowering Muslims, according to the organization’s invitation. Single tickets start at $55 per person and a table can cost upwards of $500.

Hassan Shibly, the chief executive director for CAIR-Florida, will also be speaking at the event. Shibly has emphatically stated that Hezbollah and Hamas are not terrorist organizations, reported Jordan Schachtel at Conservative Review.

Hussam Ayloush, the chief executive director for CAIR-LA, who is hosting the event, compared the state of Israel to the Islamic State during a speech in April. Shibley has repeatedly echoed those sentiments and spread propaganda describing U.S. armed forces as radical terrorists.

Conservative Review points out some of the anti-American ideologies of those mentioned above.

She will deliver her address alongside CAIR-Florida director Hassan Shibly, according to a CAIR flier promoting the event. Shibly is a dedicated Islamist and bigoted gay basher. A fan of radical clerics, he has routinely refused to categorize U.S.-designated terror groups Hamas and Hezbollah as terrorist organizations, according to the Clarion Project. Moreover, Shibly regularly takes to social media to demonize the U.S. military as equivalent to the jihadi terrorists that they are fighting.

The director of CAIR-Los Angeles is Hussam Ayloush, who, like many CAIR executives, has disturbing Islamist views. Following the tragic San Bernardino terrorist attacks, Ayloush suggested that the United States was “partly responsible” for the ISIS-led attack on innocents in California. “Let’s not forget that some of our own foreign policy, as Americans, as the West, have fueled that extremism,” he added. Ayloush has in the past described U.S. military operations in Iraq and Afghanistan as part of a campaign to instill “fear of the Muslims.”

According to the records of the Federal Election Commission, last summer Omar received nearly $60,000 from PACs.

One PAC from which Omar received thousands of dollars in 2018 is the Council on American Islamic Relations. CAIR was named as an un-indicted co-conspirator in the 2009 Holy Land Foundation trial, the largest terrorism-financing trial in American history.

And CAIR not only has a PAC, it is a lobbying organization. On Jan.10, CAIR hosted the Community Congressional Reception at which Omar spoke.

In all, Omar received tens of thousands of dollars from lobbying groups. None of her money came from AIPAC or the NRA or the fossil fuel industry; That must be a coincidence.

It’s called Taqiyya. She’s simply lying and hope you don’t catch on, and so is CAIR.

CAIR’s people have constantly been involved with fake hate Muslim crimes, and have often pontificated that American law does not apply to them and that they are not here to assimilate but to conquer.

“If we are practicing Muslims, we are above the law of the land,” -Herman Mustafa Carroll, executive director of the Dallas-Fort Worth CAIR branch

“Islam isn’t in America to be equal to any other faith but to become dominant.” -CAIR founder Omar Ahmad

It’s time people woke up and understood exactly what this criminal Muslima and CAIR are all about, and deal with them lawfully before it’s too late.