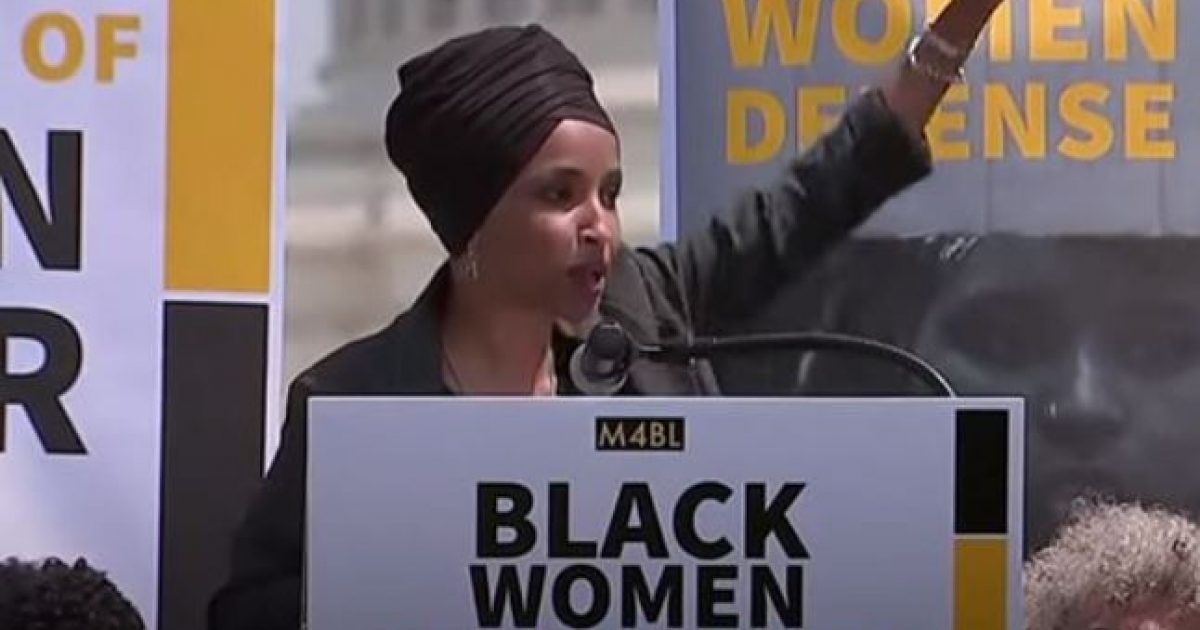 By Calvin Custis at The Federalist Papers

And with the rumor mill swirling over multiple reports that Omar married her brother in an apparent case of immigration fraud, the last thing the embattled Congresswoman wants is more public scrutiny on her personal life.

But here we are.

In the same week that Omar abandoned her current hubby, her mugshot from a previous arrest was released. It turns out Omar was arrested in 2013 for trespassing:

Omar had gone, along with a large crowd of other Somalis, to the Hotel Ivy, where former Somali President Hassan Sheikh Mohamud was staying. Alpha News notes that “according to the police report, hotel staff requested police assistance in clearing the lobby, saying that anyone without a hotel room key was not welcome on the premises and needed to leave immediately. The officer handling the incident said the majority of people who were asked to leave were compliant. However, Omar, when approached, was ‘argumentative’ and refused to leave.”

Even when the other Somalis began to leave, Omar, according to the police report, “remained defiant” and refused to go; finally she was arrested for trespassing.

But that was only the beginning.

With her political star rising, Omar’s past is suddenly catching up with her. And it includes a rap sheet a mile long.

Omar was recently ordered to pay back thousands of dollars of campaign funds that she spent on personal expenses. According to National Review, Minnesota’s Campaign Finance and Public Disclosure Board “ordered Omar to reimburse her former campaign committee for $3,500 in personal accounting and travel expenses, and levied a $500 civil penalty against her for misspending the funds.”

Nor is that all: Minnesota’s Alpha News reports that Omar “was arrested in 2013 for trespassing and booked at Hennepin County Jail ‘to prevent further criminal conduct,’ according to a newly uncovered police report.” …

Then there are the traffic violations. The Minnesota Trial Court Public Access site, which is run by the Minnesota Judicial Branch, lists no fewer than twenty-four violations by Omar, the first on May 28, 2009 and the most recent on January 17, 2019, when Omar was a member of the House of Representatives. There are twelve violations in 2016 alone. …

The sheer number of these violations demonstrates that Ilhan Omar believes, apparently with good reason, that she simply need not have any regard for Minnesota law. And when one takes into account the trespassing arrest, the campaign finance violations, and the marriage to her brother, a disturbing pattern emerges. Does this Minnesota lawmaker have any respect at all for the law? …

It looks like Omar has absolutely zero respect for the rule of law. Many others, including her colleagues in Congress, agree.