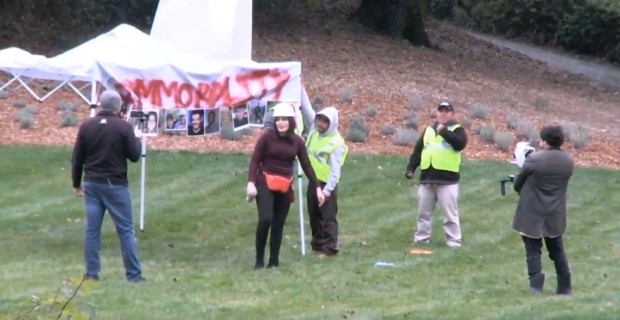 Loomer’s stunt involved her collecting a group of illegals from from Guatemala and Mexico and traveling with them to Pelosi’s California vineyard estate.

Loomer spray painted the world “immorality” on a tent above photos of American citizens killed by illegal aliens.

The action is intended to draw attention to Pelosi’s hypocrisy when it comes to her dislike for walls and borders.

“A wall, in my view, is an immorality,” said Pelosi before the government shut down occurred. “It’s the least effective way to protect the border and the most costly. I can’t think of any reason why anyone would think it’s a good idea — unless this has something to do with something else.”

Given that Loomer and her band of “illegals” appear to have crossed Pelosi’s border, it will be interesting to observe her response.

Pelosi is currently in Washington DC.