(Natural News) While liberals are busy shunning the Trump administration for taking a hard line on illegal immigration, U.S. law enforcement agents say that an illegal immigrant who entered the country under false pretenses has now been arrested for allegedly raping a young girl. Reports indicate that the man in question falsely told authorities the girl was his daughter to gain entry into the United States.

The illegal immigrant, identified as Ramon Pedro, was arrested on July 27 by the Huron police department. The child’s mother sent her to the U.S. with Pedro as part of an agreement to secure future employment.

In a statement given to The Daily Wire, the Department of Homeland Security confirmed that Pedro, entered the U.S. this spring through the Ysleta Port of Entry in Texas where he claimed that a girl who was traveling with him was his daughter.

On July 26, 2018, Ramon Pedro and his alleged daughter were hospitalized at the Fresno Community Regional Hospital for Tuberculosis (TB) screening. At this time, medical staff discovered that Pedro’s alleged daughter was being sexually assaulted and the local police were notified. Then it was determined that Pedro and the daughter are not related at all. In fact, the victim’s mother told her daughter to accompany Pedro to the United States and he would secure her employment.

The Huron Police Department has charged Pedro with multiple felony offenses for rape, oral copulation, forcible sexual penetration, along with endangering and causing injury to a child. He is currently being held at the Fresno County jail on a $310,000 bond.

This is unfortunately not the first time an illegal immigrant has been accused of raping a child this year. In April, a 41-year-old man living in Bethesda, MD was accused of raping and impregnating a 13-year-old nonverbal child with special needs. Reynaldo Mora, the accused, was set to be released but was picked up by ICE instead.

Where is the media?

The Left went nuts over this statement, calling Trump a racist and every other name in the book. Where is the liberal media, supposed champion of children’s and women’s rights, now that two young girls have been raped?

The same media denouncing the Trump administration for separating kids from their parents at the border is astonishingly silent when it comes to child sex abuse. There is a long list of Americans who’ve been victim to crimes of all kinds at the hands of illegal immigrants.

While the Left loves to malign President Trump and his administration, the truth is that there are bad people in the world, in every race and in every country. It is the government’s job to keep criminals from harming the public, including criminals who are trying to enter the country. As seen in the case of Ramon Pedro, predators will do anything to get where they want to go.

Defanged Minneapolis police tell residents to “be prepared” to be robbed, providing instructions on how to “comply” with criminals 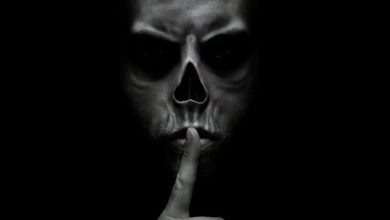