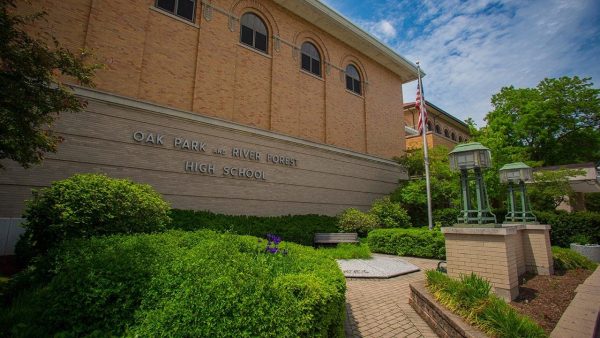 Previously on SBPDL: Pull Your Kids Out of Public Schools: to Promote Inclusion, School Board in Washington State Adopts Race-Based Discipline System, White Students to Get Harsher Punishments for Same Offenses as Non-Whites

Why not just automatically give all blacks “A’s?”

Oak Park and River Forest High School administrators will require teachers next school year to adjust their classroom grading scales to account for the skin color or ethnicity of its students.

School board members discussed the plan called “Transformative Education Professional Development & Grading” at a meeting on May 26, presented by Assistant Superintendent for Student Learning Laurie Fiorenza.

In an effort to equalize test scores among racial groups, OPRF will order its teachers to exclude from their grading assessments variables it says disproportionally hurt the grades of black students. They can no longer be docked for missing class, misbehaving in school or failing to turn in their assignments, according to the plan.

“Traditional grading practices perpetuate inequities and intensify the opportunity gap,” reads a slide in the PowerPoint deck outlining its rationale and goals.

It calls for what OPRF leaders describe as “competency-based grading, eliminating zeros from the grade book…encouraging and rewarding growth over time.”

Teachers are being instructed how to measure student “growth” while keeping the school leaders’ political ideology in mind.

“Teachers and administrators at OPRFHS will continue the process necessary to make grading improvements that reflect our core beliefs,” the plan states, promising to “consistently integrate equitable assessment and grading practices into all academic and elective courses” by fall 2023.

According to the Illinois State Board of Education, 38 percent of OPRF sophomore students taking the Scholastic Aptitude Test (SAT) failed.

Advocates for so-called “equity based” grading practices, which seek to raise the grade point averages of black students and lower scores of higher-achieving Asian, white and Hispanic ones, say new grading criteria are necessary to further school districts’ mission of DEIJ, or “Diversity, Equity, Inclusion and Justice.”

“By training teachers to remove the non-academic factors from their grading practices and recognize when personal biases manifest, districts can proactively signal a clear commitment toward DEIJ,” said Margaret Sullivan, associate director at the Education Advisory Board, which sells consulting services to colleges and universities.

“Teachers may unintentionally let non-academic factors—like student behavior or whether a student showed up to virtual class—interfere with their final evaluation of students.,” she said. “Traditional student grades include non-academic criteria that do not reflect student learning gains—including participation and on-time homework submission.”

School districts across the U.S. are “experimenting with getting rid of zero-to-100 point scales and other strategies to keep missed assignments from dramatically bringing down overall grades,” according to a March Associated Press report. “Others are allowing students to retake tests and turn work in late. Also coming under scrutiny are extra-credit assignments than can favor students with more advantages.”

The report interviewed science teacher Brad Beadell of Santa Clara, Calif., who said he has “stopped giving zeros and deducting points for late work” as well as allowing students “unlimited retakes for quizzes and tests.”

Fiorenza called for a switch to race-based grading last August, after issuing a report chronicling a spike in “F” grades by OPRF students in the 2020-21 school year.

“OPRF’s administration will adopt language that makes and keeps the system visible and continues to name racism as a complex interconnected structure,” she wrote. “We must recognize the unique challenges faced during the pandemic intensify the need for a systemic approach to confronting the racial and socioeconomic discrepancies often experienced by our underrepresented student population.”

By basically favoring black pathologies (by excluding them from the grading process) that strangely aren’t found in non-black students, we are witnessing just what exactly “Diversity, Equity, Inclusion and Justice” means.

How dare white kids show up for class, abide by rules governing civilized behavior in school and turn in their assignments… they are making those black kids who don’t look bad, thus the entire grading system based on assessment variables must be scrapped.

Get your kids out of public schools, ASAP.