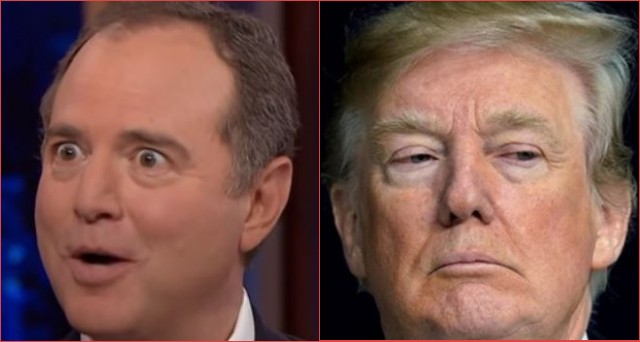 Democrat-Led Impeachment Of Trump Isn’t Playing Well In The Country, As Even Left-Wing Vanity Fair Has To Admit

When House Speaker Nancy Pelosi (D-Calif.) signed off on an impeachment inquiry of President Donald Trump, handing it off to one of the least-capable Democrats in the House — Adam Schiff — she certainly hoped for the best.

But it’s turning out to be her biggest error to date, and the Garbage Party-led House has made a lot of them in the short year Democrats have been in control.

Case in point: When her party loses Vanity Fair, a Left-wing counter-cultural Bible, then Pelosi, Schiff, and Co. have lost the vast majority of the country.

“The data, along with supplementary interviews, illustrates an electorate that believes the impeachment inquiry is connected to the priorities of politicians and the media—not of ordinary voters,” the magazine said, as noted by The Federalist’s Mollie Hemingway.

"The data, along with supplementary interviews, illustrates an electorate that believes the impeachment inquiry is connected to the priorities of politicians and the media—not of ordinary voters…" https://t.co/MF6i5rE6Jf via @VanityFair

It’s not even close in terms of polling data.

Alas, for the Democrats, the promising numbers of late October and early November rapidly dissipated, and polling numbers have reverted to a level more consistent with long-term opinions on President Trump. In the latest Politico/Morning Consult poll, released on November 19, Independents opposed impeachment and removal from office 46% to 39%, a number close to the rolling averages of the last few weeks. It is notable that the poll was fielded after the first public impeachment hearings.

As the calendar turns into 2020 and voters pay more attention to the candidates, the cost of obscuring any positive messages will rise dramatically for the Democrats. As Fiorina said to me, the voting public is full of “lots of people who don’t like Trump who are still prepared to vote for him if [the Democrats] don’t nominate anyone reasonable.”

It is hard to read this as anything but a warning to the Democratic leadership and candidates: Stop talking about issues that matter to you, not to me.

Guess Americans, by and large, aren’t as stupid or as perpetually triggered as the Garbage Party believes or would like for them to be.

Guess they like their fantastic Trump-led economy, their rising 401(k) accounts, seeing their towns and cities prosper, watching the president negotiating better trade deals, leaving their guns alone, and most of all, loving his country.

Guess they see these impeachment hearings as little more than political theater and worse — a concerted effort to take down a president who is, for his flaws and gruffness, serving our country well.

It should be noted that scores of Americans also see the “mainstream media’s” hand in this fiasco.

Outlets like CNN, MSNBC, all the broadcast networks, The New York Times, the Washington Post, ect. have gone all-in to depose this president based on lies, distortions, and fabricated narratives.

And more Americans are figuring it out.