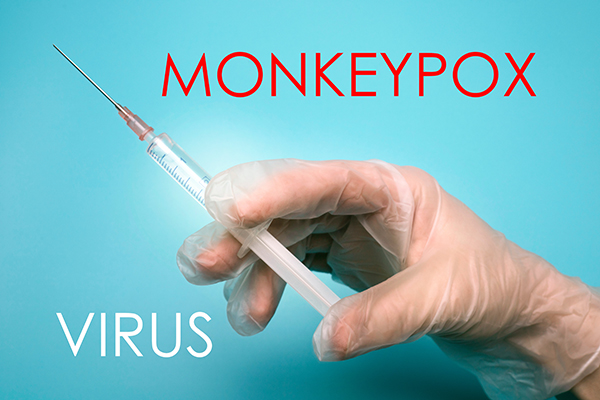 (Natural News) There is a pretty good chance that the so-called “monkeypox,” which this writer is choosing to refer to as pridepox since primarily LGBT males are contracting and spreading it, is just Wuhan coronavirus (COVID-19) “vaccine”-induced shingles under a different name.

In an attempt to cover up the deadly long-term impact of Pfizer’s mRNA (messenger RNA) injection – and possibly the others as well – governments of the world are colluding with the media to categorize pridepox as a new plandemic when the reality is that it could simply be the inevitable outcome of mRNA shots.

Exposé News, which tends to probe more deeply into these types of issues than many other independent media sources, discovered that the only countries where pridepox is now said to be an issue are those that widely distributed Pfizer’s Chinese Virus injection (Related: Officials in the United Kingdom are already pushing to inject children with new “vaccines” for pridepox.

There is clearly a plan moving forward to make pridepox the next global plandemic, as demonstrated by World Health Organization (WHO) Director-General Tedros Adhanom Ghebreyesus’s eagerness to declare it a global “public health emergency.” And Exposé News and others are trying to get ahead of the narrative by offering up a different version of the story.

“… we’re seeing the consequences of injecting millions of people with an experimental mRNA injection that causes untold damage to the immune system, and public health authorities are now scrambling to cover up Covid-19 vaccine-induced shingles and using it as an opportunity to advance their technocratic agenda of implementing ‘The Great Reset,’” the news outlet reports.

Monkeypox is indistinguishable from chickenpox (and shingles), 1988 study found

Russia, most of Africa, and all of Asia are seeing zero “cases” of pridepox, even as Western Europe, the United States, and Canada are supposedly seeing a massive surge of the disease.

How can this be if diseases are colorblind and race-blind? Could it be that we are not being told the truth about pridepox?

Various types of monkeypox have been circulating in parts of Africa for at least the past 50 years. Never once have they left the continent, but now, suddenly, we are supposed to believe that the disease magically escaped Africa and is now circulating throughout the West specifically, and right on the back of another global plandemic with similarly suspicious origins?

It turns out that a scientific study published back in 1988 found that it is virtually impossible to tell the difference between monkeypox and chickenpox. And the adult version of chickenpox is none other shingles, an adult form of the disease that is much worse than the children’s version.

“And like its other cousin, genital herpes, varicella may be silent for many years, hiding out inside nerve cells and can reactivate later, wreaking havoc in the form of the excruciating skin disorder, shingles, which is a blistering, burning skin rash,” Exposé News adds, tying it back to the abominable behavior of LGBT males who are actively contracting and spreading it.

“What you’re being told is ‘monkeypox’ is really COVID-19 vaccine-induced herpes infection, shingles, autoimmune blistering disease and other ailments brought on by a weakened immune system caused by COVID-19 vaccination.”

If this is all true ¬– and it certainly appears to be a strong possibility – then once again the world is being lied to by the “authorities.” The injections that were forced on people in the name of stopping “COVID” are now fueling a new outbreak of jab-induced shingles, which they are calling monkeypox. And the goal, apparently, is to finalize a new world order and great reset for the entire planet.

The latest news about pridepox can be found at Outbreak.news.