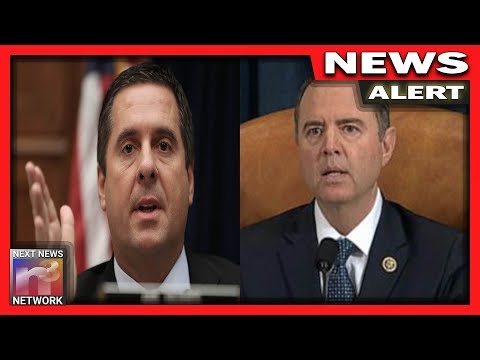 In case you missed the Schiffty Show Trials on Thursday, as most Americans did, Devin Nunes was epic and we have his whole opening statement for you below.

Nunes accurately stated what most Americans are already aware of.

Nunes claims that Democrats have now turned this into a “thought crime” trial by assuming what Trump might have done if he was not caught.

They caught him committing no crime but, according to some, he was about to commit a crime.

Where is there any shred of proof of that?

The truth is that Democrats are doing two things:

For those of you who do not follow conservative media, you have probably missed the stories of guilt that are coming from Democrat meddling in Ukraine.

Sorry for the long list but you should read some of those articles to get you up to speed (they should all open in a new tab if your browser supports that).

The Democrats are the real guilty parties in Ukraine.

It all started when Obama put Neo-Nazis into power there.

Now, somehow, several Democrats with their hands in the Ukrainian cookie jar are trying to impeach Trump before he can come after them.

Look for lesser Democrats to bail on Schiff and Pelosi in waves.

I’d be surprised if this ever makes it to the Senate for a final impeachment vote.

Democrats are waking up…

As most any politician would, remember he’s house minority leader, Devin Nunes chooses to bite hit tongue at times.

We don’t have to do that.

We just document and track what is going on and don’t have to worry about reelection.

What are we going to do?

So we just keep telling it like it is and that’s all we can do.

The Democrat-led Show Trial and Impeachment Inquiry of Trump is the dumbest thing I’ve seen in politics, ever!

If some Americans are too dumb (politically biased) to see that then they should pay for it.

I’m tired of my tax dollars being wasted on this crap.