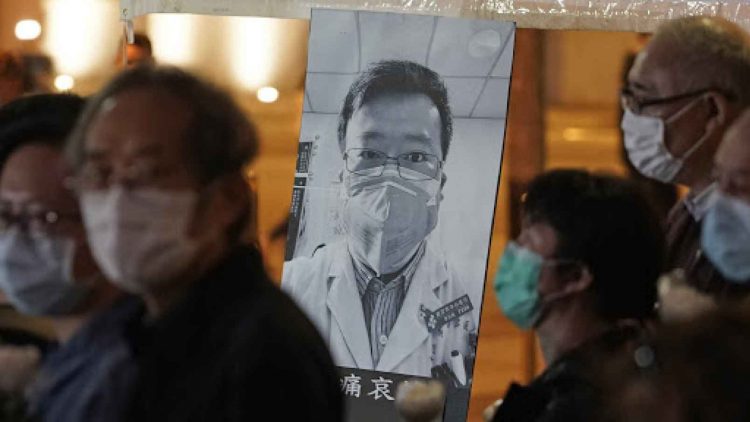 Li Wenliang, 34, the doctor in Wuhan, China who warned about the coronavirus, has died of the virus, after becoming an enemy of the people in China for sounding that warning. USA Today reported Friday that “Li had already become a national hero for alerting fellow doctors Dec. 30 in an online post about the emergence of a SARS-like illness, warning them to wear protective clothing to avoid infection. Li, along with seven others in Wuhan, were later arrested by local security police on charges of spreading rumors and forced to sign a document disavowing his statements and agreeing to quit speaking out.” You probably didn’t realize how much the People’s Republic of China was like the U.S. today, did you?

No, I am not referring to President Trump dubbing the establishment media the Enemy of the People.

Their smug elitism, contempt for the American people, or at least for those in flyover country, and their fawning support for all the enemies of the United States make that appellation abundantly justified.

There is no sense whatsoever in which those craven and dishonest hacks are like Li Wenliang – that is, someone who called attention to a genuine problem and was punished for doing so by authorities whose sole concern was the bottom line.

There are, however, many, many people in America today who are like the late Dr. Li, in that they have suffered demonization, defamation, vilification, marginalization, deplatforming, and a great deal of what Hillary Clinton termed “old-fashioned techniques of peer pressure and shaming” for daring to state manifest truths that the Leftist political and media elites want to cover up.

The Southern Poverty Law Center’s list of people whom Leftists should hate is widely received as if it were an objective, non-biased evaluation.

The people on it are as much enemies of the people in the United States today as Dr. Li was in China.

The process of becoming an enemy of the people works the same way today as it did when the phrase originated, in the Norwegian playwright Henrik Ibsen’s 1882 play An Enemy of the People.

An Enemy of the People tells the story of Dr. Thomas Stockmann, who lives in a small town in Norway that is visited by people from far and wide because of its baths, which are said to have healing properties.

Because of the baths, which Stockmann has championed, the town is growing and prospering.

But then Stockmann discovers, to his surprise, that the baths are, in fact, not only not medicinal, but contaminated, and are making those who bathe in them ill.

Ever the good citizen, Stockmann sends a report on this to the town’s mayor, recommending that the baths be closed temporarily and costly repairs undertaken to render the waters truly medicinal and not deadly.

He expects that the townspeople will be grateful to him for pointing out this looming disaster and helping them avert it.

But to his shock, the town leaders are dismissive, even contemptuous, of his findings.

They refuse to say anything publicly about what he has discovered, for fear of causing panic and demoralization among the townspeople and ruining the reputation of the baths, which could bankrupt the town.

They warn Stockmann to keep quiet and go along as well, but he refuses, calling a town meeting on his own.

There, he is shocked again as the townspeople show themselves no more receptive to his discoveries and recommendations than the authorities were.

They see that the baths are making the town rich, and that Stockmann’s findings will hurt the town’s reputation and cost a great deal of money to implement — and they don’t care that the benefits of implementing the repairs he recommends will outweigh the liabilities in the long run.

They make fun of him and denounce him, calling him an enemy of the people.

And with Stockmann thoroughly discredited, they continue happily on their pathway to their own destruction, and the destruction of untold numbers of other people.

In the course of the play, there are numerous telling phrases that could have come from today’s controversies.

Stockmann says: “Oh, yes–you can shout me down, I know! But you cannot answer me. The majority has might on its side–unfortunately; but right it has not.” And: “There is so much falsehood both at home and at school. At home one must not speak, and at school we have to stand and tell lies to the children.” And another: “I have already told you that what I want to speak about is the great discovery I have made lately–the discovery that all the sources of our moral life are poisoned and that the whole fabric of our civic community is founded on the pestiferous soil of falsehood.”

Yes indeed. And it isn’t happening just in China.