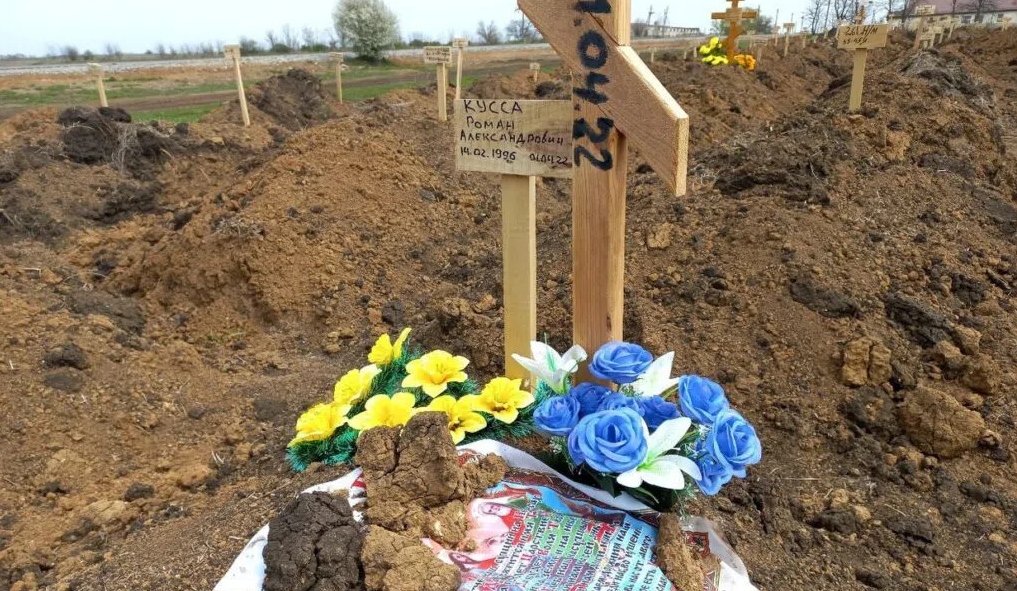 (Natural News) There are lots of stories emanating from the Russia-Ukraine war that are horrific on the surface, but many of them are proving to be phony, including one about “mass graves” near besieged Mariupol.

According to previous reports that were allegedly based on satellite photos, Russian troops buried nearly 10,000 Ukrainian citizens in a ‘layered’ mass grave near the city. But an independent journalist who visited the area says those reports are not true, according to her first-hand account published in NewsPunch.

Canadian independent journalist Eva Bartlett traveled to the Ukrainian city of Mangush on April 23 but didn’t find any mass graves.

“What I saw were new, orderly grave plots including some still empty ones – an extension of a cemetery that already exists at the spot. No mass pit. Many of the graves have placards with the names and dates of birth of the deceased when available, and the remaining plots were numbered according to burial,” she noted.

“Since the media is essentially copy-pasting from the same source – the former mayor of Mariupol, Vadym Boichenko (who seems to be far from the city now) – I’ll cite from the Washington Post’s article,” Bartlett’s account noted further, adding:

Boichenko, the article notes, “called the site the ‘new Babyn Yar,’ referring to one of the largest mass graves in Europe located in the outskirts of Kyiv, where 33,000 Jews where killed by Nazis in 1941 during World War II.”

This is ironic on several levels. A mayor who is whitewashing the neo-Nazis who have run amuck in his city – notably those from the Azov Battalion, who have used civilians as human shields, occupied and militarized civilian infrastructure, point-blank executed civilians – is comparing an alleged (non-existent) mass grave to a Nazi massacre of WW2.

“Meanwhile, the Kyiv regime has re-written history, making WW2 Nazis and their collaborators heroes of the nation. The most notorious example being the World War Two figure Stepan Bandera,” the Canadian journalist continued.

“Boichenko’s other alarming claim was that the alleged ‘mass grave’ was ‘the biggest war crime of the 21st century,’” she continued. “We are only 22 years into it, but we’ve already seen the US-led invasion and destruction of Iraq, the leveling of Syria’s Raqqa, Saudi Arabia’s ongoing war in Yemen – all of which are much stronger contenders than the nowhere-to-be-found ‘mass graves’ of Mangush.”

She went on to describe what appears to be just an ordinary burial plot with individual marked graves.

“In reality, the site has around 400 individual plots, including nearly 100 empty ones. The 9,000 bodies and ‘biggest war crime of the 21st century’ were unverified claims made by a mayor who fled his city, promoted by media which down the page admitted they could not independently verify the claims – but by then, the damage had been done,” she wrote, noting that the story went viral throughout the West, thanks to the fake news media.

As she visited the site, Bartlett said a couple of men who are responsible for maintaining it approached and she asked them directly about the claims of ‘mass graves.’

“This is not a mass grave and no one is throwing bodies into a pit,” one of the men told her.

She noted: “According to them, they bury each person in a coffin and separate grave, details are logged in the morgue, and when any documents regarding name and age are given, the plot is marked with a placard containing those details. Otherwise a number is used.”

One of the men also noted that a section of the site was used to bury Ukrainian soldiers. “They’re human, too,” he said.

Bartlett also offered up proof of her own claims, including photos.

“For those in doubt as to the location, see Roman’s report: his drone footage shows that it’s precisely the same location as shown in the satellite images used by Western media,” she wrote.