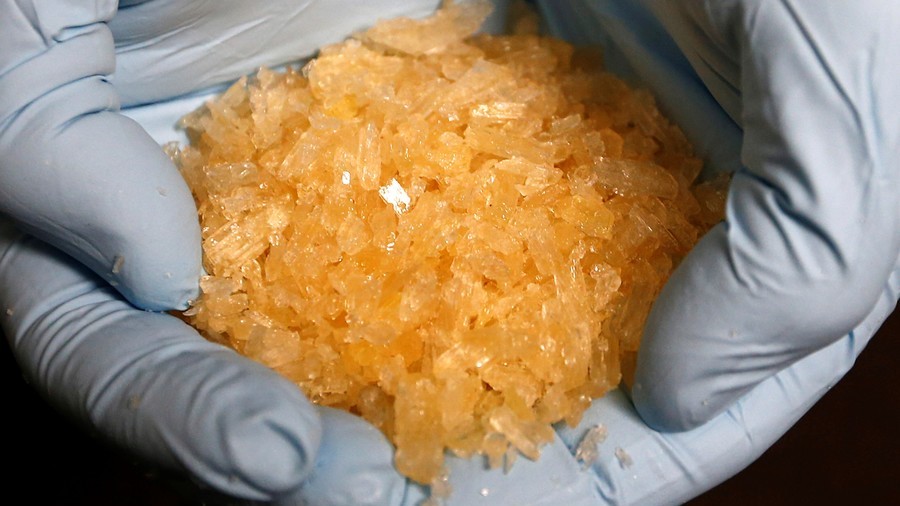 An Indiana father has been arrested after toxicology reports showed his 8-year-old son died due to ingesting 180 times the lethal dose of methamphetamine thinking it was breakfast.

Jackson County police say Curtis Collman III mistook a stash of the drug found at his father’s home for food while he was staying at the Seymour property on June 21. The methamphetamine was discovered on a plate and eaten by the young boy who subsequently fell extremely ill, reported WIS TV.

The 8-year-old’s father, Curtis Collman II, has now been charged with possession of the illegal drug as well as negligence of a dependant. An autopsy released on Thursday revealed the child had 18,000 nanograms of meth in his system, reported the Seymour Tribune newspaper. The dosage is 180 times what is generally considered lethal.

Curtis Collman II is alleged to have refused to call emergency services after the accident and he instead drove his son from Seymour to Crothersville town.

The boy’s grandmother has since paid tribute to the child who was described as being “full of life.”