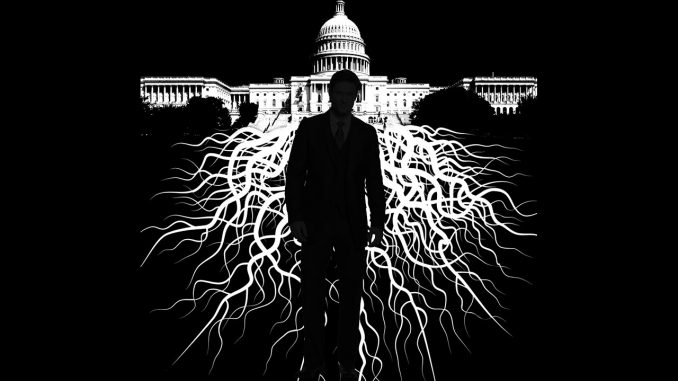 (Natural News) If you’re a supporter of POTUS Donald Trump and you’ve been patiently waiting for him to launch a legal and political counterstrike against the Deep State co-conspirators who strategized with former President Obama to depose him, you won’t have to wait much longer.

It appears that time has come.

During his Thursday show, Alex Jones said the White House has “confirmed” it is planning to use every tool at its disposal to bring justice to those who have been attempting to overthrow our duly-elected president just because they have decided he “doesn’t belong” in the Oval Office.

“The president and this republic are now entering the prime zone of danger,” he continued.

Jones’ revelations come on the heels of an earlier announcement by House Intelligence Committee Ranking Member Devin Nunes (R-Calif.) that he was preparing several criminal referrals to the Justice Department and Attorney General William Barr regarding the “Spygate” scandal, as The National Sentinel reported Friday:

Nunes said he’s got eight referrals he’s preparing to make to the DoJ, which is now led by AG William Barr, who is Jeff Sessions’ straight shooter replacement said to be intimately interested in cleaning up his department and the FBI.

Jones said he spoke “face-to-face” with three people over the past few days that said that POTUS Trump is preparing to move against the Deep State figures involved especially after Hillary Clinton and James Comey said this past week that he ought to have been charged by special counsel Robert Mueller — for their fabricated scheme.

“Why do you think Mueller had to back off?” Jones said. “There was no evidence, A,” that Trump has done anything wrong, and “B, the evidence to the contrary, it’s to their criminal activity.”

“Trump has told confidante friends that he is going to go after them…in the media, he’s gonna go after them with lawsuits, he’s gonna push the Justice Department to go after them, he’s not gonna stop,” Jones said, adding that the president is even having someone look into funding for a number of Left-wing organizations that have been assisting in efforts to undermine him. (Related: Counterattack: Trump 2020 campaign manager Brad Parscale says its time to go after the “liars” who tried to overthrow POTUS.)

“There are going to be indictments”

There is additional evidence to support Jones’ claims.

On Wednesday night during an appearance on Fox News’ “The Ingraham Angle,” former federal prosecutor and Trump ally Joe diGenova dropped some bombs.

First, he said that Justice Department Inspector General Michael Horowitz’s report on the Spygate conspiracy will be out by early summer. Also, he said that a separate report detailing nefarious and potentially illegal behavior by fired FBI Director James Comey is coming as well — in just a few weeks.

“This is pretty simple stuff for career prosecutors like Rudy [Giuliani, the president’s personal lawyer] and myself. It has been evident since day one that there has been a brazen plot to exonerate Hillary Clinton illegally and then if she lost the election, to frame Donald Trump,” he said.

DiGenova also said that the FISA court, through which Comey & Co. obtained warrants to spy on the Trump campaign, is aware it was duped with the bogus “Russia dossier” paid for by Clinton’s campaign.

“And their findings are that for more than four years before the election of Donald Trump there was an illegal spying operation going on by FBI contractors, four of them, to steal information on Americans and to use it against the Republican Party,” diGenova said, revealing something that few people outside of the inner Trump circle were aware of.

Read more about this developing story about POTUS Trump’s efforts to reign in the Deep State at Trump.news and DeepState.news.