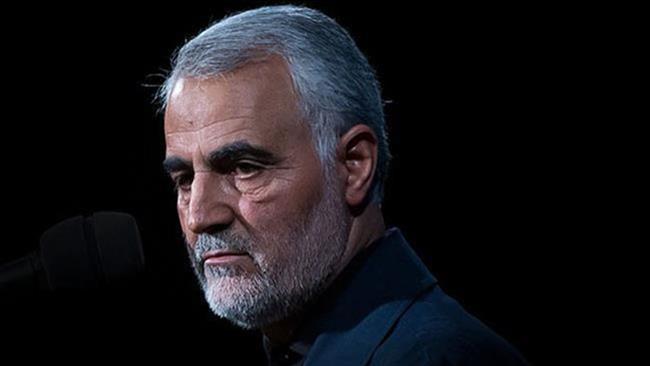 Regarding Soleimani’s death, President Trump tweeted: “He should have been taken out years ago.”

“Should have been taken out”…so why wasn’t he? Was he like Osama Bin Laden, hidden away in the mountains somewhere? Were his movements so stealthy even our intelligence apparatus couldn’t track him? No, and no! For years Soleinami left his bloody fingerprints on terror acts across the Middle East. Flush with cash from Obama’s 150-billion-dollar money drop, he had all the resources he needed to keep on killing Iran’s enemies. He was arrogant and powerful and our number one enemy in the Middle East. So, why wasn’t he worried about being taken out, as the other terrorist leaders had been?

Israel had him in their sites in 2015, had been carefully tracking him waiting for the right opportunity. According to the Kuwait paper of record, Al Jaridi, with Soleimani’s days truly numbered, and Israel’s finger on the trigger, President Obama notified Iran of the imminent assassination. Soleimani slipped the noose and continued his reign of terror for five more years until President Trump gave the order to terminate.

Soleimani a US Asset? Why Else Would The Obama-Bush Deep State Protect Him?

It wasn’t just the 2015 warning that kept Soleimani alive. According to Michigan US representative Elissa Slotkin, a former CIA analyst, both the Bush and Obama administrations allowed him free reign, refusing to take direct action against him—despite the hundreds of American lives it had cost. After Soleimani’s assassination, Rep Slotkin made the following statement (excuse):

“As a former Shia militia analyst who served multiple tours in Iraq and worked at the White House under both Presidents Bush and Obama, and later at the Pentagon, I participated in countless conversations on how to respond to Qassem Soleimani’s violent campaigns across the region. If you worked on the Middle East over the past 20 years, you dealt with the growing organization and sophistication of Soleimani’s covert and overt military activities, which have contributed to significant destabilization across the region. I watched friends and colleagues get hurt or killed by Iranian rockets, mortars and explosive devices that were provided to Iraqi proxies and used against U.S. forces under Soleimani’s guidance. We watched as his power increased and he brought strength and capability to groups in Iraq, Syria, Lebanon, and Yemen, and to smaller cells around the Middle East and the world, with devastating consequences. We watched what can only be described as a cool war, taking place quietly under the surface of the public eye. What always kept both Democratic and Republican presidents from targeting Soleimani himself was the simple question: Was the strike worth the likely retaliation, and the potential to pull us into protracted conflict? The two administrations I worked for both determined that the ultimate ends didn’t justify the means. The Trump Administration has made a different calculation…”

Does anyone really believe that our intelligence agencies were that afraid of an Iranian retaliation way back in the Bush years? Retaliate how…and with what? I’m thinking there must be more to this story!

Other than Mob informants, who gets that kind of protection? And the “official reason” is it might make Iran do worse things to us if we killed their main terrorist? I don’t believe that for a minute. Add Obama’s nuclear deal with Iran, and pallets of cash and I might just believe that Soleimani and the Ayatollah are actually doing the bidding of our Deep State! What was Soleimani’s stock in trade? Oh…right, it was the destabilization of Middle East nations. And what did that do to the price of oil on the world market?

Several commentators have cautioned about allowing the Neocons to push us into a war with Iran, but this provocation at our embassy by Soleimani and his goons has reversed the Trump plans to scale back operations in the Middle East. Escalation is the name of the game for the Military-Industrial Complex.

Not Only Did Trump Kill Soleimani, He Also Killed Another Terror Mastermind That Few Are Talking About

Is the loud wail coming from former administrations and the pro-war globalist media puppets mourning for Soleimani, or disappointment he’s no longer available to do their bidding? You decide.