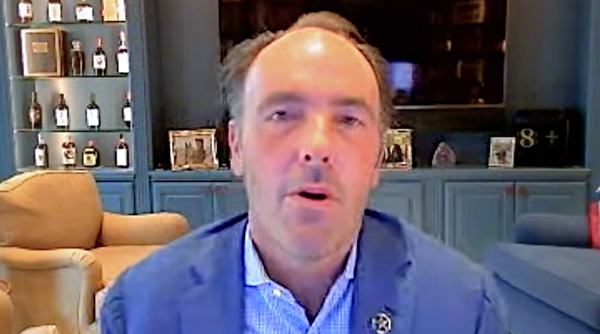 Natural News) Billionaire investor Kyle Bass dropped major bombshells during an interview last week that should worry every American and leave them wondering where in the world the Biden administration is.

In a video, Bass, the founder of Hayman Capital Management who made much of his money shorting the housing industry ahead of the 2007-08 collapse, has been a frequent critic of the ChiCom regime and as such follows it carefully. And when he discovered that the regime in Beijing just managed to obtain a major foothold in the United States, he had to go public.

“It’s kind of hard to believe that we’re talking about this and it actually happened,” Bass begins. “But it’s already happened.”

He explained that he was recently flying to the Devil’s River region of the Lone Star state, which is located along the U.S.-Mexico border, when he was told that a former Chinese military general-turned-billionaire had just managed a straw purchase of a major tract of land that spans 200 square miles and features a runway which Bass believes will be expanded to 10,000 feet from its current 4,000-5,000 foot length, as well as elements of a wind farm and the ability to tap into the state’s power grid.

Continuing, he said it’s his belief the Chinese general bought the wind farm “and wants to put up 700-foot turbines that he plugs directly into our electric grid,” said Bass, adding that’s “something that should never happen,” especially when the principle involved is from a country considered to be an adversary.

Bass noted that the name of the property is the Morning Star ranch, which he went on to explain is reminiscent of the Bible’s reference to Lucifer as the “morning star.”

The investor went on to explain that the location of the 130,000-acre property is less than ideal for a wind farm but it was purchased by the Chinese general anyway because it has “strategic” value: It happens to be next door to one of the United States’ most active Air Force bases.

Bass said that the general is very connected to the Chinese Communist Party and that he is director of dozens of local CCP branches back in his home country. In addition, he has two retired People’s Liberation Army generals serving as his closest advisers.

Asked about the size of the runway expansion and how it could not be noticed by state and federal governments, Bass explained that people who own large expanses of land in the U.S. often build long runways to accommodate larger aircraft.

Still, “the enormity of this particular [air]strip is a head-scratcher,” he continued. “Again, why are we allowing people from China, Russia, Iran or North Korea to build runways in the United States next to our border or next to our airbases? They are 10 miles from this airbase; 10 miles is nothing.”

He went on to admit, however, that he “truly doesn’t know the full relevance of the runway,” but it is nevertheless disconcerting.

Later, Bass referenced the February emergency in Texas that knocked out large swaths of the state’s power after hundreds of windmills froze, adding that the state is the only one in the country with its own grid. He said that Texas built its own so that the federal government could not interfere with it, “and yet we have a Chinese PLA general plugging directly into our grid.”

The investor added that, based on recent events and a Government Accountability Office report, China, Russia, North Korea and Iran are working to disrupt U.S. infrastructure to gain an advantage during times of emergency, and that no one from those countries should ever be allowed to “interface” with our grids.