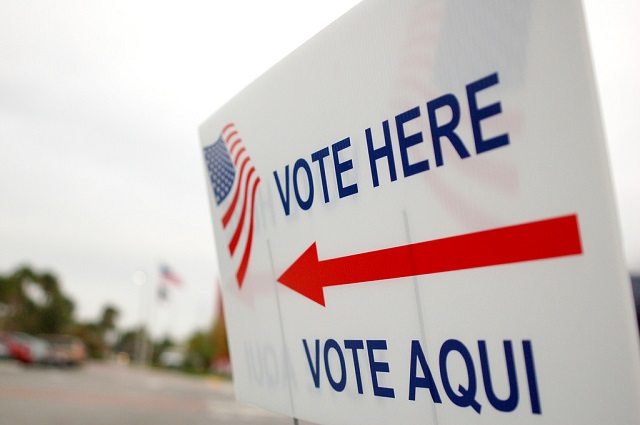 Iowa Democratic leaders Monday announced a new option for registered party members to take part in Caucus night. The plan calls for a virtual caucus that will take place over several nights leading up to the precinct caucuses that will be accessible by phone and by smartphone app. The goal is to make sure that every Democrat in Iowa, regardless of physical condition, weather, job schedule or personal reasons, has a way to help select the party’s nominee for President of the United States.

They forgot to include “whether you’re lazy, drunk, high or know nothing about politics.”

The virtual caucus will essentially serve as an additional county in each congressional district in Iowa, and will represent 10% of each district’s representation at the state convention. Users of the virtual caucus will be able to select their top 5 preferences for President, choose whether they want to put forth their name as a possible delegate, and submit platform proposals to be adopted by the party.

“The Iowa Democratic Party has always sought ways to improve our caucus process, and today, we are setting the stage for the 2020 Iowa caucuses to be the most accessible, transparent, and successful caucuses in our party’s history,” said Iowa Democratic Party Chair Troy Price. “Starting almost immediately after the 2016 cycle, this party took a holistic look at how we can make the Iowa caucuses more accessible and transparent. These proposals are the result of thousands of hours of conversation and years of hard work.”

Sounds like this was worked on by some very low IQ individuals.

The traditional caucus format will continue largely in tact, but those who sign up for the virtual caucus will not be allowed to participate in the precinct format to prevent any double voting. Party leaders said during a conference call that they are still working out details on the plan to ensure a secure system.

The Democratic Party can’t secure an email server, but no doubt they’ll have zero problems with online voting.

The Democrats want the scam system they set up in California to go national.

Everyone must be automatically registered to vote when they get a driver’s license and allowed to vote from home with their phone.

If they’re too stupid to remember to vote after Google and Twitter and Uber and Lyft and a zillion other tech companies send them push alerts, a Democrat activist can get their details handed to them and go to their home to badger them to phone their vote in.

This is what we’re told is the “pinnacle of democracy.”