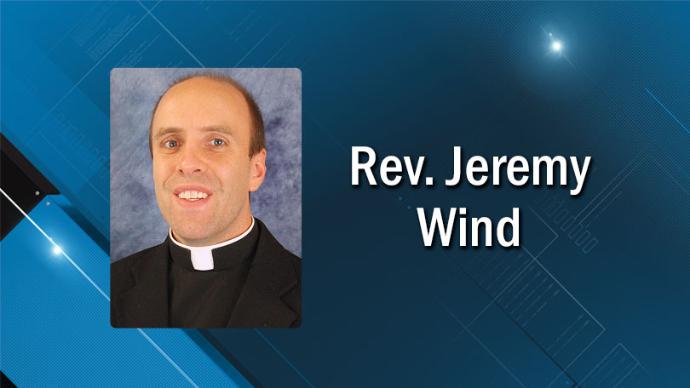 On November 28, 2018, five years after one of its priests was arrested for stripping naked in a mall and threatening to rape a female parishioner, the Roman Catholic Diocese of Sioux City, Iowa finally acknowledged the incident in a statement.

More than that, Ryan J. Foley reports for the AP that the diocese defended its decision to continue employing the priest, Rev. Jeremy Wind, calling the 2013 “incident” a “mental health episode” from which he’d recovered with the help of medication and treatment. The diocese gave no details about what occurred and told parishioners the scrutiny was unfortunate and unnecessary because “there is nothing newsworthy to report.”

The diocese’s acknowledgment of the incident came in response to inquiries from The Associated Press, which used the state’s open records law to shed light on Wind’s criminal case that was recently erased from public court files. All records related to the case disappeared from the Iowa courts online database this year, after Wind was transferred to the Cathedral of the Epiphany in Sioux City.

According to police reports, in December 2013, Wind, 39, was meeting with a female parishioner at a bakery when he began behaving erratically. He had just celebrated Mass at Christ the King church in Sioux Center, a town of 7,000 people in northwest Iowa.

The woman said: “I was so horrified, I thought what am I going to do? I sat for awhile because I didn’t want to hurt him. When he started banging so hard that I thought he was going to break the window, I drove away.”

A Sioux Center police officer found Wind at the nearby Centre Mall. Wind said he had no pants on because he “wanted to rape her” and said he also wanted to rape the officer. Wind ripped off the officer’s name tag, punched the officer, and was handcuffed on the ground as a deputy pointed a Taser at him.

Wind was charged with misdemeanor disorderly conduct in a criminal complaint that didn’t mention the woman or his statements about rape. Under a September 2014 plea bargain that said Wind was “experiencing mania along with psychosis which prevented him from understanding his conduct at that time” of the incident, he received a deferred judgment, paid a $200 fine and was put on “informal probation” for one year.

The diocese said in its statement that Wind received counseling and medical treatment for mental illness, is on medication, follows “a lifestyle regimen that enables him to function without problems,” and “has since provided exemplary spiritual and priestly care to his parishioners.”

Wind’s assault and arrest is not the first time that the Sioux City diocese has come under public scrutiny.

A month ago, on October 31, 2018, only after The Associated Press made inquiries, the diocese acknowledged it had kept quiet a priest’s admission 32 years ago to sexually abusing some 50 boys — a silence that may have put other boys in danger.