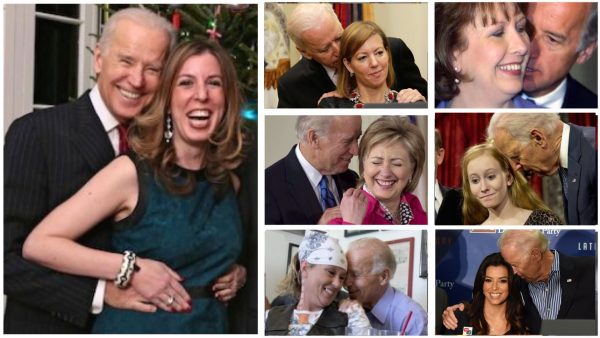 Has the #MeToo movement destroyed Joe Biden’s chances of ever getting to the White House? In virtually all of the early polls for the race for the Democratic nomination, Biden had been leading. And most polls have showed him with a sizable lead over Donald Trump in a hypothetical head to head contest. So there was a very real chance that Joe Biden could have become the next president of the United States, but many believe that his political career has now been brought to an end. It was anticipated that President Trump and the Republicans would attack Biden relentlessly once he had secured the nomination, but what makes this recent attack so devastating for the Biden campaign is the fact that it is coming from the left. Joe Biden has been accused of inappropriate touching by a former Democratic nominee for lieutenant governor in Nevada, and the mainstream media is pushing this story really hard. Could it be possible that someone is trying to push Biden out of the race before it has even really begun?

I would like to share with you what Lucy Flores had to say about Joe Biden in her own words. But let me warn you that there is one expletive in this quote. Since this is such an important national story about a man that could potentially become our next president, I decided that it was best to leave this quote unedited…

Just before the speeches, we were ushered to the side of the stage where we were lined up by order of introduction. As I was taking deep breaths and preparing myself to make my case to the crowd, I felt two hands on my shoulders. I froze. “Why is the vice-president of the United States touching me?”

I felt him get closer to me from behind. He leaned further in and inhaled my hair. I was mortified. I thought to myself, “I didn’t wash my hair today and the vice-president of the United States is smelling it. And also, what in the actual fuck? Why is the vice-president of the United States smelling my hair?” He proceeded to plant a big slow kiss on the back of my head. My brain couldn’t process what was happening. I was embarrassed. I was shocked. I was confused. There is a Spanish saying, “tragame tierra,” it means, “earth, swallow me whole.” I couldn’t move and I couldn’t say anything. I wanted nothing more than to get Biden away from me. My name was called and I was never happier to get on stage in front of an audience.

During a subsequent interview, Flores stated that she was motivated to come forward when she saw photos and video clips of Joe Biden touching many other women inappropriately on social media…

But the #MeToo movement and Biden’s serious consideration of a presidential run changed her mind. Her friends and political allies in Nevada were talking to Biden and his associates about his potential bid this month. And the pictures and video clips of Biden hugging women, caressing their hair and holding on to their shoulders in too-familiar ways began surfacing on social media.

“When I started to see pictures of him behaving in the same way he did with me and with other women, it was very triggering,” she said. “I felt so much empathy for them. I knew what they were going through. I had been in their shoes.

It would be difficult to overstate how damaging this could potentially be to Joe Biden’s campaign.

In the era of the #MeToo movement, even a hint that a male candidate may have been sexually inappropriate with a woman is often enough to completely destroy a political career.

Of course Biden’s people are scrambling to contain the damage, and an “apology” was quickly issued…

In a statement to Fox News, Biden spokesman Bill Russo said the former vice president “was pleased to support” Flores’s 2014 campaign “and to speak on her behalf” at the rally.

“Neither then, nor in the years since, did he or the staff with him at the time have an inkling that Ms. Flores had been at any time uncomfortable, nor do they recall what she describes,” the statement said. “But Vice President Biden believes that Ms. Flores has every right to share her own recollection and reflections, and that it is a change for better in our society that she has the opportunity to do so. He respects Ms. Flores as a strong and independent voice in our politics and wishes her only the best.”

That actually doesn’t sound like much of an “apology” to me, and Biden certainly did not acknowledge that he had done anything wrong.

And some of Biden’s supporters are actually suggesting that this was a “politically-motivated” stunt by Flores. At this point we know that Flores endorsed Bernie Sanders in 2016, and we also know that she has attended events for at least 3 other 2020 candidates…

Ms. Flores had a falling out with some in Mr. Sanders’s orbit and left the Our Revolution board. She attended former Representative Beto O’Rourke’s campaign kickoff in El Paso on Saturday, but said she is not supporting any candidate at the moment, though she allowed that she “probably will down the road.”

She also said she had attended an event for Julián Castro and was part of a group that met with Kamala Harris’s campaign manager.

Could it be possible that Flores was encouraged to release this information now by another campaign?

We may never know, but many are speculating that an all-out attempt is being made to get Joe Biden out of this race. On Twitter, Emerald Robinson suggested that “they’re going for the knockout early”…

Obama is backing Kamala. Joe Biden has been told not to run – he wants to run anyway. So they’re going for the knockout early. Will it stop Joe from running? My guess: yes it will.

We will see what happens, but it is hard to imagine too many on the left rallying to support Joe Biden once people see all the evidence that is out there.

#1 Compilation of Joe Biden being Creepy