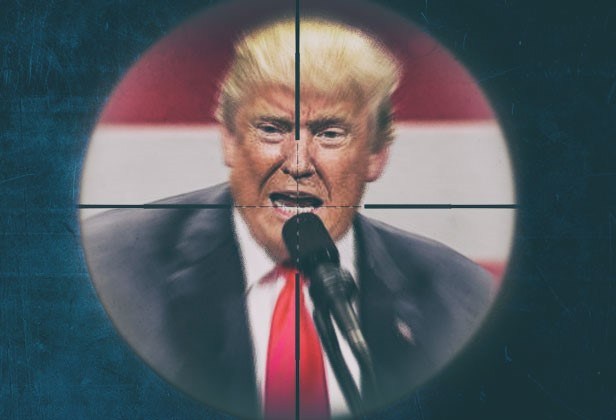 Share
Tweet
Share
Pin
The latest impeachment call by the Democrats in response to the President’s call to Ukraine’s President Volodymyr Zelensky on September 23rd. 2019 where he discussed Joe Biden’s possible criminal activity is simply a smokescreen by the Democrats. Only two reasons exist for the rapid call for impeaching the President. 1, they want to try to get him out of office as soon as possible before their own criminal house of cards is exposed and 2, they want the impeachment process to dominate the news over any incriminating evidence he has found that most of them know will implicate them.

Since President Trump surprised them by releasing a transcript of the entire call with President Zelensky, their latest attempt at removing him from office is another failure exactly like the last time. The only thing this impeachment attempt has done is to call attention to crimes committed by the Nazi core Socialist Left. In this case, Hunter Biden was exposed for his 1.5 billion dollar deal with a subsidiary of the Chinese government, the Bank of China. As a result of exposing Hunter’s illegal deals with China, made possible by his dad Joe pulling strings via his position as US Vice President, we also learn of the private equity firm run by the sons of John Kerry and Joe Biden. The firm, Rosemont Seneca is just an LLC with a spiderweb of businesses associated with it. Along with Hunter Biden and John Kerry’s stepson, Chris Heinz, we know Nancy Pelosi’s son Paul Pelosi Jr. are also involved with associated dark businesses.

Joe Biden himself is exposed with him being paid a million dollars for lobbying activities from Burisma Holdings according to Ukrainian MP Andriy Derkach.

As far as the so-called whistleblowers go, they have nothing, but more incriminating evidence against Biden and Obama. The latest whistleblower was a CIA agent, a Democrat, who actually worked with Biden while he was Vice President while Barack Obama was completely aware of this from the beginning. Thus, they are not whistleblowers, but plants to make it seem like they have dirt on the President.

Adam Schiff has repeatedly lied this time around as he did during the Mueller investigation when he claimed he personally had proof the President was involved with Russian election meddling here in the US. We know that was a lie since he has not presented anything he said he had after the President was cleared of any wrongdoing concerning the 16 general elections via the conclusion of the Mueller investigation.

What we are witnessing with this latest impeachment attempt is a desperate scramble by the Nazi cored Socialists in office, both faux Democrat and RINO Republican alike to get President Trump removed from office before he begins to bring those involved in high crimes and treason to justice.

All part of the President’s campaign promise to drain the swamp, and they know it as most of them are currently under active investigation and about to be prosecuted.

One of the biggest indications that the ongoing silent coup is about to become a physical hot Civil War is President Trump recently activating the Marine reserves for possible active duty domestically.

Tony is an established writer with articles in over 20 publications of differing topics. He was a Political Commentary Columnist for the Cimarron News Press in Cimarron, New Mexico from 2001 to 2003. Tony was also a regular writer for several small coastal newspapers in Southern Oregon during the early 1990’s. BOOKS: Aura Visions: The Origin Prophecy, Enviroclowns: The Climate Change Circus, Strange Sounds: A Research Report
(Visited 11 times, 1 visits today)
Share
Tweet
Share
Pin