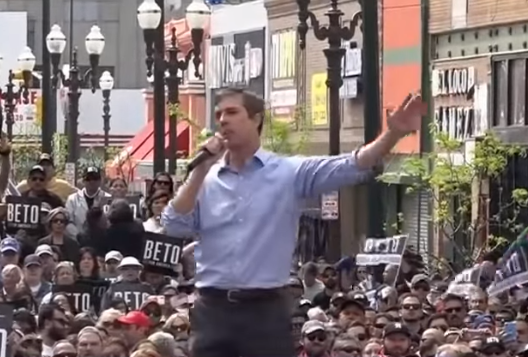 Robert O’Rourke’s presidential campaign is being threatened with fines over unpaid bills related to police services for his El Paso announcement at the end of March.

KTSM reports O’Rourke’s campaign has one week to “pay up” roughly $21,000 for 675 hours of police overtime.

El Paso officials say they have already paid those officers with tax dollars, and they’re waiting for the Beto campaign to reimburse them, which is customary for candidate organizations.

“If the deadline passes and no payment is made, the cost of what O’Rourke owes the city could go up,” according to the news station.

“They have to come and pay the bill. There is a fee assessed if they don’t pay it by a certain amount, ” El Paso’s Laura Cruz-Acosta tells KTSM. She said the penalty is “regulated by the state.”

Cruz-Acosta said they would pursue payment with “emails and phone calls.”

According to KTSM, the city has been in communication with the O’Rourke campaign to “remind them of what’s owed.”

The campaign didn’t respond to the news station’s attempt to obtain comment.