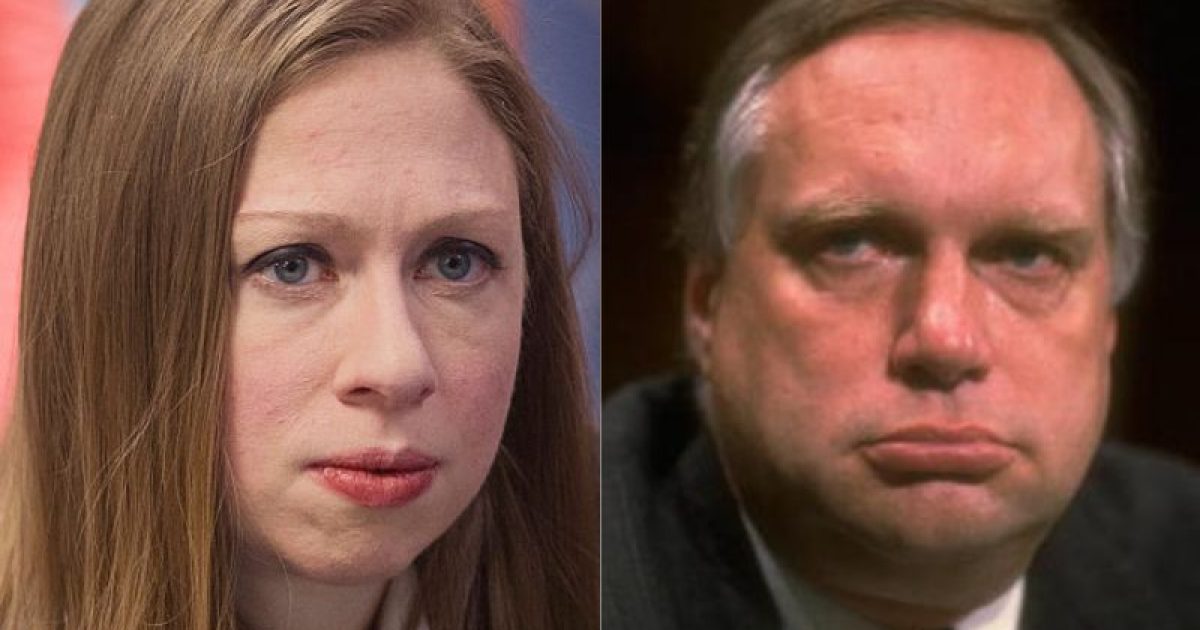 Speculation has been going around for quite some time that Chelsea Clinton, daughter of Hillary Clinton may not have been fathered by Bill Clinton, but is the illegitimate child of Webster Lee Hubbell a former politician, attorney, and Mayor of Little Rock, Arkansas from 1979 to 1981.

Hubbell and the Clinton’s have a long history with Bill heavily involved in Arkansas state politics and having been Governor of Arkansas during that time. Hillary herself knew Hubbell for years and was part of his law firm, the Rose Law Firm in Little Rock beginning in 1977.

The rumor that Chelsea Clinton may be the illegitimate child of Webb Hubbell took a new level in October 2015 when coauthor of the book The Clinton’s War on Women, Robert Morrow, confronted Chelsea at a book signing event in Austin, Texas where she was promoting her children’s book, It’s Your World: Get Informed, Get Inspired, & Get Going, when Morrow shouted, “Hey Chelsea, Has your mother ever told you you’re the daughter of Webb Hubbell, Not Bill Clinton?”

Of course, anyone can run smear rumors and besmirching campaigns against someone for devious reasons, just to bring a person down, but the photographic evidence in comparing Hubbell’s daughters, especially Kelly Hubbell’s appearance and features with those of Chelsea Clinton’s is just too remarkably similar in every aspect.

It looks like Bill Clinton was not the only Clinton having extramarital affairs during their marriage, Hillary managed to have an illegitimate daughter in the meantime.

The fact that if this is true, means Hillary and Bill never had a biological child of their own, which is, in itself, very strange considering their time married.

Obviously, the Clinton’s had an open marriage, judging from Bill’s massively large list of women who he has had sex with, and Hillary was probably no different in having numerous sexual encounters as well, she was just better at keeping it secret and out of public scrutiny.

The only way to be dead sure is a DNA test of Chelsea and Webb Hubbell, but do not look for it to happen any time soon, like the invitation for a DNA test fairly recently by Danny Williams, who claims to be Bill Clinton’s illegitimate son via paid sex with a hooker decades ago.

If Bill and Hillary had nothing to hide, both would submit to DNA testing, which would finally put to rest any speculation of them having illegitimate children. Yet, they do not and choose to try to ignore what seems obvious. Their refusal to prove the accusations wrong alludes to these accusations being spot on, as the truth.