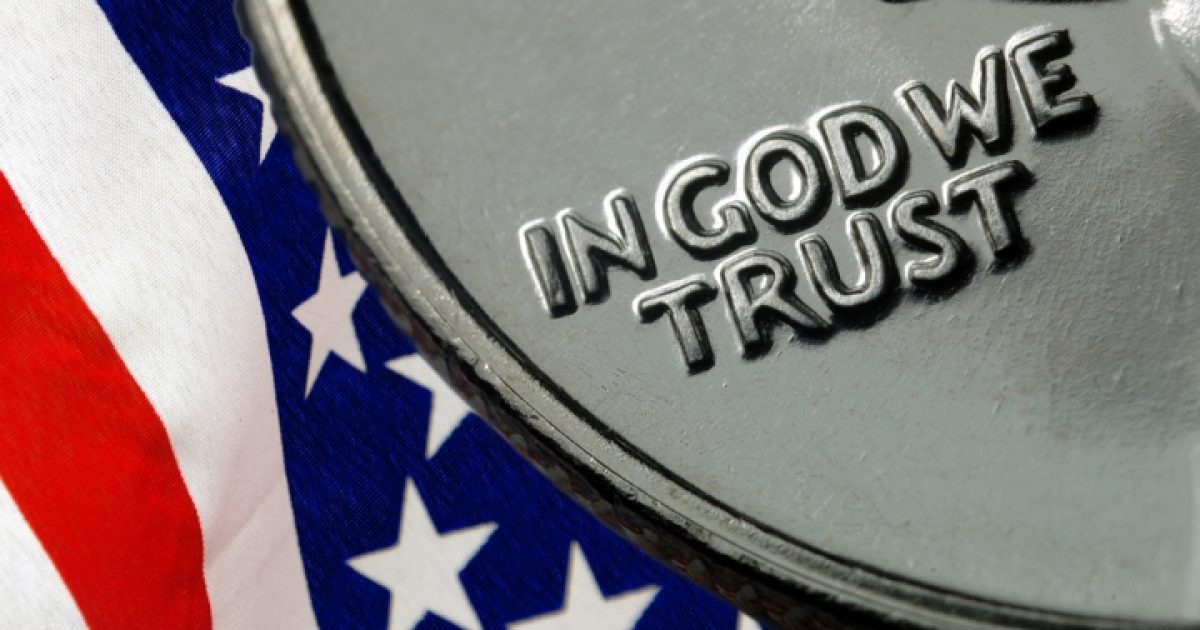 Last week, we discussed the first Muslim representative elected to the Pennsylvania legislature who demanded an apology from another member because they began their session with a prayer to Jesus Christ, calling it ‘highly offensive.’”

I received a message from a reader, who I believe to be sincere, stating, “The Founders NEVER intended to favor Christianity over any other religion… None of the founders were explicitly Christian except the couple who were ministers. These arguments that the founders favored Christianity are historically incorrect, divisive, and anti-American. Your intent is only to rile up fear for political purposes.”

Let’s take a look at what a majority of our Founders believed.

George Mason, the “Father of the Bill of Rights,” had suggested the wording of the First Amendment be:

“All men have an equal, natural and unalienable right to the free exercise of religion, according to the dictates of conscience; and that no particular sect or society of Christians ought to be favored or established by law in preference to others.”

The fact is there were numerous Christian denominations in the various colonies.

Supreme Court Justice Joseph Story, who was appointed by President James Madison, explained in his “Commentaries on the Constitution of the United States,” 1833:

“In some of the States, Episcopalians constituted the predominant sect; in others, Presbyterians; in others, Congregationalists; in others, Quakers … The whole power over the subject of religion is left exclusively to the State governments, to be acted upon according to their own sense of justice and the State Constitutions.”

“No other test … ought to be required, on admission to any office … than such oath of support and fidelity to this State … and a declaration of a belief in the CHRISTIAN religion.” (emphasis added)

“Every person … appointed to any office … shall … subscribe … ‘I … profess faith in GOD THE FATHER, and in JESUS CHRIST His only Son, and in the HOLY GHOST, one God, blessed for evermore; and I do acknowledge the Holy Scriptures of the Old and New Testament to be given by Divine inspiration.'” (emphasis added)

Pennsylvania was operating under its 1776 Constitution, signed by Ben Franklin, which stated:

“Each member, before he takes his seat, shall … subscribe … ‘I do believe in one GOD, the Creator and Governor of the Universe, the Rewarder of the good and the Punisher of the wicked. And I do acknowledge the Scriptures of the Old and New Testament to be given by Divine Inspiration.'”

In 1840, Justice Joseph Story wrote in “A Familiar Exposition of the Constitution of the United States”:

“We are not to attribute this prohibition of a national religious establishment to an indifference to religion in general, and especially to Christianity (which none could hold in more reverence than the framers of the Constitution) …

“The real object of the First Amendment was not to countenance, much less to advance Mohammedanism, or Judaism, or infidelity, by prostrating Christianity, but to exclude all rivalry among Christian sects and to prevent any national ecclesiastical establishment which should give to a hierarchy the exclusive patronage of the national government.”

Written in many documents, here we have, not fear-based opinions and arguments, but your actual Christian history, Americans.

Jake MacAulay serves as the Chief Operating Officer of the Institute on the Constitution(IOTC), an educational outreach that presents the founders’ “American View” of law and government. IOTC has produced thousands of graduates in all 50 states with a full understanding of the Biblical principles on which America’s founding documents are based.

Jake is the former co-host of the syndicated talk show, The Sons of Liberty, an ordained minister and has spoken to audiences nation-wide, and has established the American Club, a constitutional study group in public and private schools.

Jake has been seen on Yahoo News, Fox News, The Blaze, AP, CBS, NBC, The Weekly Standard, and more…