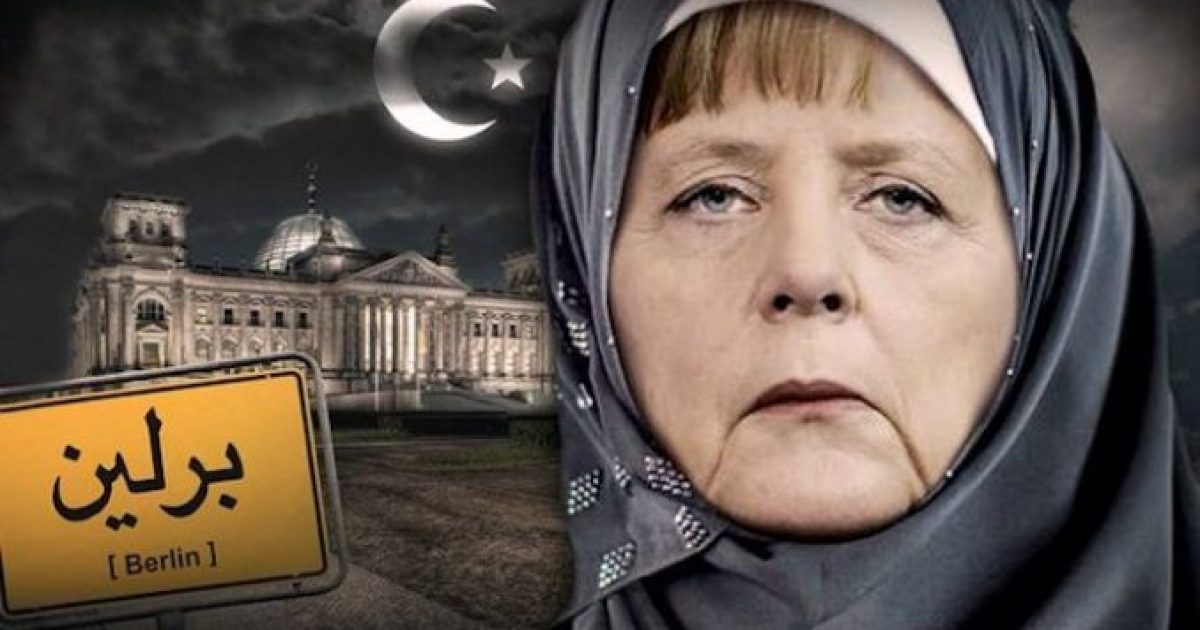 Jawed came to Germany in 2015, while Abdul had arrived the year after in 2016. Both Jawed and Abdul were Afghan Muslim migrants. Both applied for asylum and had their asylum applications rejected.

Abdul Mobin Dawodzai was recently sentenced to eight years in prison for stabbing to death Mia Valentin, a 15-year-old girl, to death. Jawed went to Amsterdam and stabbed two American tourists at the central station.

Abdul was angry that Mia broke up with him. Jawed was angry about insults to Islam and Mohammed.

Jawed’s German residence permit enabled him to carry out a terrorist attack in Amsterdam. He mentioned Geert Wilders, the pioneering Dutch leader who was recently forced to cancel a Mohammed cartoon contest due to violent Islamic threats, and so the media has chosen to blame the terrorist attack on Islamic cartoons rather than Islamic terrorists. But Jawed is part of a larger trend of Afghan violence.

Both Jawed and Abdul carried out their stabbing attacks in public. The victims, a 15-year-old girl and American tourists, also brought more attention to a type of ordinary terror that has overtaken Europe.

In March, Hussein Khavari, an Afghan refugee who had fled to Germany in 2015, was sent to prison for raping and murdering Maria Ladenburger, a 19-year-old German student. But Hussein wasn’t fleeing Afghanistan; he was fleeing Greece, where he had thrown a 20-year-old female student off a cliff after robbing her. The Greeks sentenced him to a decade in prison, but Hussein fled to Germany instead.

Like Abdul, Hussein claimed to be a minor when he was actually in his twenties. (He may not have even actually been from Afghanistan.)

Afghans, it’s been noted, stand out for their rate of violence, even among other Muslim migrants.

A refugee expert warned in a National Interest article that, “young Afghan men… were committing sex crimes to a much greater extent than other refugees.” Among the incidents she cited was, “a gang of fifty Afghans who terrorized women in the neighborhood of the Linz train station” in neighboring Austria.

(Not to mention the three Afghan migrants accused of sexually assaulting a 12 and 14-year-old at a swimming pool, and the Afghan refugee, and repeat offender, who raped a 13-year-old girl.)

Angela Merkel, Germany’s open borders leader, had briefly ramped up Afghan deportations in response to public outrage, until a massive bombing in Kabul last year led to yet another change in policy.

The tanker truck bomb targeted the German embassy in Afghanistan’s capital, and succeeded in doing massive amounts of damage, even though German intelligence had 5 months of warning from four different sources. The German embassy had been warned 6 days before the attack and was able to evacuate staff ahead of time. Instead, the bombing was exploited as a pretext for suspending the deportations of Afghans from Germany unless they were criminals or considered a serious threat.

Merkel’s deportations had removed less than 200 Afghans from the country. But the bombing put an end to even that miniscule effort.

The thousands of Taliban fighters who, according to the Federal Office for Migration and Refugees (BAMF), had entered Germany and applied for asylum, could conveniently no longer be deported.

Earlier this year, a German court sentenced Abdol Moghadas, an Afghan refugee, to four years in prison for his role in the death of Pfc. Christian Jacob Chandler: an American soldier serving in Afghanistan.

Abdol was one of Germany’s many Taliban fighters.

Why have so many Taliban gone to Germany? One answer might lie in the covert relationship between the Taliban and German intelligence. It was Germany who had pioneered diplomatic talks with the Taliban, and who had welcomed Taliban leaders onto German soil.

It was certainly curious how German authorities had received every possible warning about a Taliban truck bomb whose sole impact was protecting thousands of Taliban in Germany from deportation, while giving German authorities the excuse to shut down the deportations they hadn’t wanted to carry out.

The end of deportations didn’t just benefit the Taliban fighters, but failed asylum seekers like Jawed and Abdul who could no longer be deported even though their asylum applications had been turned down. Germany had sharply dropped its acceptance rate of Afghan asylum applications, while also dropping its deportation rate, leaving large numbers of legally illegal Afghan migrants to bum around Europe.

“Terrorism has no borders,” Merkel had declared after the bombing. But terrorism has borders. They’re national borders.

It’s Merkel’s Germany that has no borders. And it’s the European Union’s lack of borders that allowed Jawed to stab two American tourists in Amsterdam. When your country or continent has no borders, then terrorism will strike deep in your cities with no borders to slow it down or stop the carnage.

Terrorism “targets all of us,” Merkel had insisted. In “Manchester or Berlin, Paris, Istanbul, St. Petersburg or today in Kabul.”

But it’s only when there’s nothing stopping Taliban fighters on their way from Kabul to Berlin, from Istanbul to Paris, or from Tripoli to Manchester, that Islamic terrorism is truly a universal threat.

Terrorism doesn’t have to be everywhere. Especially Islamic terrorism, which is not an indigenous political movement in Europe, Canada, Australia or America, but can only spread through migration. Without open borders, the infrastructure of Islamic terrorism, from immigrants, migrants and refugees, to mosques, which generate new converts, Islamic terrorism would be an issue in Kabul, not Berlin.

Merkel’s insistence on linking the bombing in Kabul to terrorism in Europe had it backward. The suspension of deportations cost countless lives, among them, likely Mia’s, and likely led to the stabbings of two Americans in Amsterdam by a refugee traveling with a Germany residency permit and hate in his heart. The flow of Muslim migrants from Afghanistan, Iraq, Syria and Pakistan brought terror to Europe.

When there are no borders, when deportations are a toothless affair, when the rights of migrants matter more than those of the native population, then Islamic terrorism truly has no borders.

The Amsterdam stabbings were a typical example of Merkel’s borderless terrorism.

Germany’s open borders attracted Jawed, Abdul, Hussein, Abdol and so many other asylum seekers. And then the EU’s internal open borders allowed Jawed to strike at American tourists in another European country. That’s what happens to ordinary people when terrorism has no borders.

Terrorism can have borders. All you have to do to save lives is protect those borders.