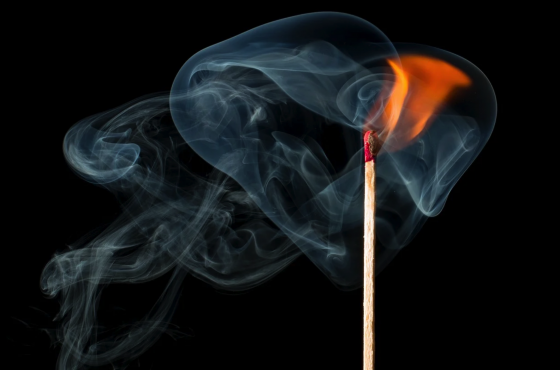 What if the Russians aren’t bluffing? Western leaders seem to think that they can just keep provoking the Russians over and over again without any consequences. It was pretty obvious that western hands were behind the recent riots in Kazakhstan, and now the head of NATO has come out and publicly said that a decision has already been made to make Ukraine and Georgia members of NATO. He was referring to a decision that was made many years ago, but publicly reaffirming that decision in this exceedingly tense environment is extremely counterproductive if the goal is peace. The Russians have repeatedly warned that adding Ukraine to NATO is a red line that must never be crossed. And unlike many western leaders, Russian officials tend to be deadly serious about their “red lines”.

Unfortunately, it appears that time for making peace may be coming to an end. On Friday, Russian Foreign Minister Sergei Lavrov told the press that Russia has “run out of patience” with the games that western leaders are playing, and he wants some straight answers within a week…

Foreign Minister Sergei Lavrov says Moscow has “run out of patience” with the West and expects a written response to its demands for security guarantees within a week after diplomatic talks with NATO and the United States failed to make headway on the issue amid a buildup of Russian troops on the border with Ukraine.

So what is going to happen if western leaders refuse to give the Russians the answers that they are seeking?

Will the Russians make a move?

According to Lavrov, if western leaders are not serious about coming to an agreement the Russian government will consider all of their “options”…

Lavrov said Russia, too, wants the standoff over security in Europe to be resolved with mutual respect and a balance of interests, but has warned it will consider various options to respond if the West spurns Russia’s security proposals.

I don’t know why the corporate media in the western world is not paying more attention to all of this, because this is a really big story.

Within the last 24 hours, government websites in Ukraine were hit with a massive cyberattack…

Ukraine was hit by a cyberattack that splashed a warning across government websites to “be afraid and expect the worst”, while Russia, which has massed 100,000 troops on its neighbour’s frontier, released pictures of more of its forces on the move.

Were the Russians behind that cyberattack?

It is entirely possible.

But of course it is also possible that it was the work of western intelligence agencies.

At this point, it is not really clear who was responsible.

Also within the last 24 hours, the Pentagon accused the Russians of getting ready to launch a “false flag attack” in order to have a pretext for invading Ukraine…

Pentagon press secretary John Kirby said the Defense Department has credible information indicating Russia has “prepositioned a group of operatives” to execute “an operation designed to look like an attack on them or Russian-speaking people in Ukraine” in order to create a reason for a potential invasion.

The allegation echoed a statement released by Ukraine’s Ministry of Defense on Friday, which said that Russian special services are preparing provocations against Russian forces in an attempt to frame Ukraine. National security adviser Jake Sullivan hinted at the intelligence during a briefing with reporters on Thursday.

Without a doubt, the Russians are fully capable of pulling off false flag attacks.

But history has shown that the U.S. frequently likes to use that page in the playbook as well.

Of course we wouldn’t even be talking about a potential conflict with Russia if western leaders were willing to come to some sort of an agreement.

To me, this is something that could be over and done with in an hour.

But western leaders seem to want this confrontation with Russia. In fact, NATO Secretary General Jens Stoltenberg just publicly reaffirmed the fact that a decision to add Ukraine to NATO has already been made…

NATO Secretary General Jens Stoltenberg has stated that the alliance has already made the decision that Ukraine and Georgia will become members of the bloc. In an interview for the Italian news outlet La Repubblica, Stoltenberg said that the decision had been made in 2008 during a summit of NATO states.

The NATO chief noted, however, that nothing was said about when either of the states will be accepted into the alliance’s ranks. Neither Ukraine, nor Georgia has been accepted into the bloc so far and no timeline has been given for it to happen.

Does he actually want to push the Russians over the edge?

Now that the Russian media has learned of his comments, they are going to have a field day with this.

Nobody that I know wants a war with Russia. But if the American people don’t wake up and start objecting to the foolishness that is going on, we might just get one.

At this point, the Biden administration is even publicly telling us what they plan to do if they are successful in provoking the Russians into an invasion of Ukraine.

First of all, the Biden administration plans to hit them with some really tough “sanctions”…

Economic sanctions remain one of the most powerful tools the United States has in its foreign policy arsenal. And as Russian forces continue to amass along the border with Ukraine, officials in the U.S. hope the threat of those sanctions can deter a full-scale invasion.

Secondly, the Biden administration is suggesting that they may fund an “insurgency” in Ukraine after the Russians have invaded…

Now, in what would be a major turnaround, senior Biden administration officials are warning that the United States could throw its weight behind a Ukrainian insurgency should President Vladimir V. Putin of Russia invade Ukraine.

How the United States, which just exited two decades of war in Afghanistan, might pivot to funding and supporting an insurgency from fighting one is still being worked out. But even a conversation about how far the United States would go to subvert Russian aims in the event of an invasion has revived the specter of a new Cold War and suddenly made real the prospect of the beginnings of a so-called great power conflict.

I can’t even begin to tell you how stupid this is.

Whether it is chess or foreign policy, you never tell the other side what you are going to do if they make a certain move.

If U.S. officials really believe that a Russian invasion is imminent, the best thing to do would be to leave them guessing about our response.

Fear of the unknown can be a very powerful thing.

But if the Russians know precisely how the U.S. will respond, that actually makes a Russian invasion far more likely.

As I discussed yesterday, Joe Biden is surrounded by the worst foreign policy team in U.S. history.

And that is saying a lot.

At this hour, tensions continue to rise, and Russia continues to conduct very alarming military exercises along the Ukrainian border…

The exercises took place at the Kuzminsky and Kadamovsky training grounds in the south-western Russian region of Rostov Oblast, on the border with Ukraine.

According to The Russian Ministry of Defense, a total of over “2,500 servicemen of the Southern Military District took part in the combat training events, and around 100 T-72B3 tanks were involved.”

For years, I have been warning about the steady deterioration of U.S. relations with Russia, and now events appear to be building up to a grand crescendo.

But a war doesn’t have to happen.

It should be so easy to reach an agreement with Russia that will bring stability to the region.

Unfortunately, the Biden administration can’t seem to do anything right, and pretty soon someone might end up crossing a line that will never be able to be uncrossed.