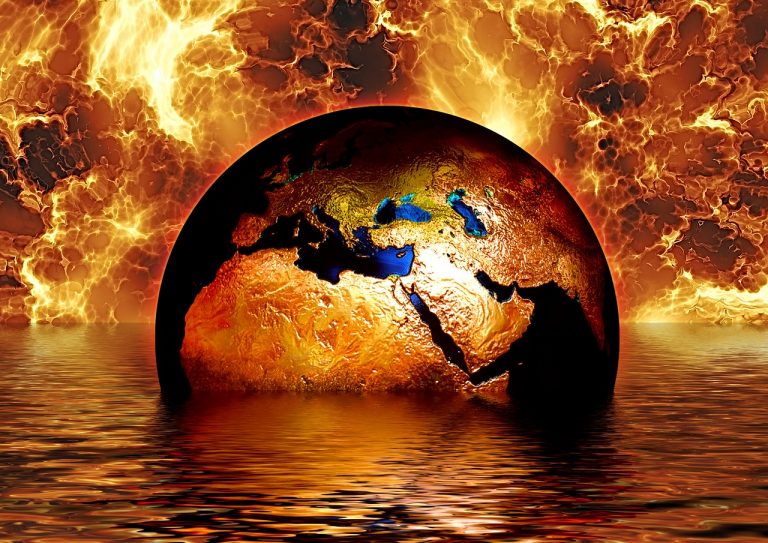 Over the past few months, I have written article after article about the droughts that we are currently witnessing all over the planet.

Right now, Europe is experiencing the worst drought that it has gone through in at least 500 years, and the rivers are getting so low that “hunger stones” are now being revealed for the first time in centuries…

On this front, too, Europe’s rivers are turning up bleak omens — the receding waters in parts of central Europe have revealed old “hunger stones,” markers placed along riverbeds that locals centuries prior left as guides to earlier droughts. One stone that emerged out of the Elbe read: “When this goes under, life will become more colorful again.”

Here in the United States, the western half of the nation is suffering through the worst multi-year megadrought that the region has experienced in 1,200 years, and this is causing all sorts of very serious problems…

Nearly three-quarters of California is in either extreme or exceptional drought, considered worse than severe, according to the U.S. Drought Monitor. It’s so bad that scientists say the ongoing drought in the western United States marks the region’s driest 22-year stretch in more than 1,200 years.

The conditions have affected a broad swath of regions and industries. California wells are going dry. Farmers are either paying a premium for water or letting their fields sit empty. And there is growing concern that water exports from the Colorado River could come to a halt.

Not to be outdone, China is currently being hit by the worst drought that it has seen in all of recorded history…

China is in the grips of its worst drought on record, which has dried up parts of the Yangtze River and impacted swaths of the country’s industrial sector.

If you have read my previous articles, then you already know about those droughts.

But did you know that at the same time we are also witnessing some of the worst flooding in modern history?

All of that rainfall has caused a flooding disaster in the country that is absolutely unprecedented.

In fact, it is being reported that “entire villages” have been completely wiped off the map…

Pakistan’s foreign minister said the calamitous floods gripping the country are ‘a catastrophe on a scale that I have never seen’ as the death toll soared above 1,000 and an area the size of Britain faced going underwater.

Tens of millions of Pakistanis have been forced to flee their homes as entire villages have vanished, with dramatic footage capturing hotel collapses, helicopter rescues and narrow escapes.

I am sitting here trying to picture such a disaster, and I am really having a hard time trying to imagine such a thing.

Pakistan is an enormous nation, and we are being told that one-third of the entire country is currently covered by water…

One-third of Pakistan has been completely submerged by historic flooding, its climate minister says.

Devastating flash floods have washed away roads, homes and crops – leaving a trail of deadly havoc across Pakistan.

“It’s all one big ocean, there’s no dry land to pump the water out,” Sherry Rehman said, calling it a “crisis of unimaginable proportions”.

What a horrible, horrible tragedy.

Needless to say, this is having an enormous impact on agricultural production…

A situation report from the United Nations stated that nearly 800,000 livestock, a vital food and livelihood source for Pakistanis, have perished amid the monsoon floods. Around 2 million acres of crops and orchards have also been impacted.

I expect those numbers will go even higher as the full extent of the damage becomes clear.

This is yet another very serious blow to the global food supply, and it means that our rapidly growing food crisis is going to get even worse.

There are areas in Africa that are dealing with unprecedented flooding right now as well.

For example, check out what has been going on in Sudan…

Sudan is in the midst of yet another round of severe floods, even as much of the Horn of Africa struggles with catastrophic drought.

The Save the Children organization says 83 people have died and another 146,000 have been affected by the flooding. Whole villages have been submerged, with nearly 44,000 homes partially or completely destroyed. People living in the Gezira and River Nile states have required assistance from the British-based NGO.

Authorities in Sudan have declared a state of emergency in a third of the country’s provinces. Central Darfur, South Darfur, and West Darfur also have seen some of the worst impacts.

This is what I mean when I say that global weather patterns have gone completely haywire in 2022.

Much of the planet is either getting way too much rain or way too little rain.

Let me give you another example.

Here in the United States, even as the western half of the country suffers from endless drought we are witnessing crazy flooding along the Mississippi River…

Major flooding across America’s heartland will be around for weeks to come as the Mississippi River surges south.

The deadly onslaught of rising waters and storms has killed more than two dozen people in Missouri and Illinois.

In all, some 7 million people in 15 states were under threat of flooding, according to CNN meteorologists.

Is someone trying to tell us something?

All of this drought and all of this flooding are going to be really, really bad for global food production.

The stage is being set for the sort of historic global famines that we have been warned about, and even now food prices are starting to surge dramatically all over the planet.

But most people still don’t seem too alarmed.

In fact, most people still seem entirely convinced that everything will work out just fine somehow.

Hopefully they are correct, because at this point the vast majority of the general population is completely and utterly unprepared for any sort of a major disruption to their current lifestyles.