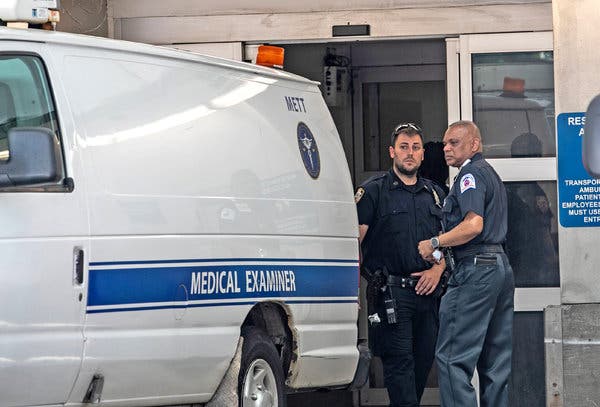 Do you believe Epstein is dead?

Do you think he’s buried in an unmarked grave?

I can’t and won’t take this at face value.

The government and its corporate media have been caught many times telling outrageous and deadly lies—lies that cost around a million and a half Iraqi lives. But we don’t talk about that. It’s not part of the discussion. Only facile and delusional incidents—real, twisted, and often manufactured—are part of the discussion.

The federal prison system, one of the most corrupt institutions on the planet, said Jeffrey Epstein died by his own hand in a prison cell designed to prevent suicide. The hallway cameras didn’t work, so no video evidence and the warden’s men were asleep at their posts, so the supposed suicide went unnoticed until it was too late.

Some believe Jeffrey was whisked out of the prison in the middle of the night and taken to a remote place where he will never be discovered, sort of like Hitler disappearing in the wilds of Patagonia.

I can’t say this happened.

I have no evidence.

I also have no evidence Epstein was murdered, although this is what I think happened. It’s the only thing that makes sense. He suffered the fate of his handler’s father, Robert Maxwell, a Mossad operative.

Nobody knows who killed Maxwell. He is said to have been a triple agent working for Israel, Britain, and Russia. Such operations are a riddle wrapped in a mystery inside an enigma, as Winston Churchill said.

I don’t trust the supposed Epstein autopsy report. It says the pedo had broken neck bones. This was attributed to an alleged suicide by hanging. The corporate media published this as a fact without bothering to see evidence and simply going on the word of a government report that said Epstein’s hyoid bone was broken. In the past, alleged suicides were later said to be homicides, primarily due to studies showing this bone rarely breaks in suicide hangings. It is more common in strangulation.

But never mind this, even though it was published by the corporate media. The state is not looking for a murderer (one of their own, obviously), and the media is not looking for one, either. The media has its script—Epstein killed himself, these things happen in prisons (broken cameras, sleeping guards), even maximum-security prisons, and anybody who says otherwise is a conspiracy theorist, incidentally last week declared as probable terrorists and the number one threat facing America right behind a couple mentally ill white supremacists saying mean things about people.

In a reality-based world, we discover that most mass shootings are not committed by white supremacists or “far-right” radicals. Most of these crimes are committed by street gangs fighting for turf in a war manufactured by the state—the long-running war on drugs. If we take a look at the stats, we see that most of the shooters and their victims are black.

I shouldn’t say that.

It’s now a punishable crime to say members of a state-sanctioned protected group are anything but aggrieved victims.

I can say it for the present without too much friction—this is a small blog with at best modest reach—but what about in six months or next year after the election? How long will I be allowed to practice the First Amendment? I have not preached or advocated violence against any group or individual. I am not passing out weapons to terrorists like the CIA in Syria.

But that doesn’t matter.

It is possible very soon many of us—or at least a select group of higher visible individuals—will be arrested and prosecuted for providing aid and comfort to a terrorist group which, like al-Qaeda and ISIS, is not what the government says it is.

But I digress. The point is that the state and the ruling elite engage in serious, even unprecedented violence around the world, killing untold millions, and the national attention is turned on a handful of idiots with swastika tattoos, thanks to an orchestrated propaganda campaign designed by the state and transmitted with grotesque fury by corporate media.

This blog and what I write may be considered an exercise in mental illness and a tool for the radicalization of would-be terrorists. It may also be considered a fount of hatred and racism because I often criticize Israel along with my own country. I point out politically incorrect facts like the one above on real mass shooting statistics.

Trump signed on to an effort by Congress to set up a structure allowing law enforcement and the state to confiscate your firearms if you say the wrong things on social media.

You can see where that is going and what the result will be. Dead cops and dead citizens who still believe there is a Constitution and a Bill of Rights.

So how long before they take our computers and deny access to the internet? How many of us are on a domestic terror watchlist? Is it possible, now that the Pentagon is involved, conspiracy theorists will face malware attacks, denial of service attacks, and missiles down their smokestacks, as an anonymous Pentagon official said about cyberattacks a few years ago?

No, they’re not telling the truth about Epstein.

The affair was one of those rare mistakes showing the public how our rulers operate and what their predilections are.

The crater is now being covered over—attention diverted, criminality excused—while the behavior continues: blackmail and extortion. In order for things to work properly, there must be a system guaranteeing silence and secrecy. There must be serious punishment for transgressors.

It is serious business exposing the crimes of the state, like Julian Assange, Edward Snowden, and Chelsea Manning discovered.

It can cost you your liberty and even your life.