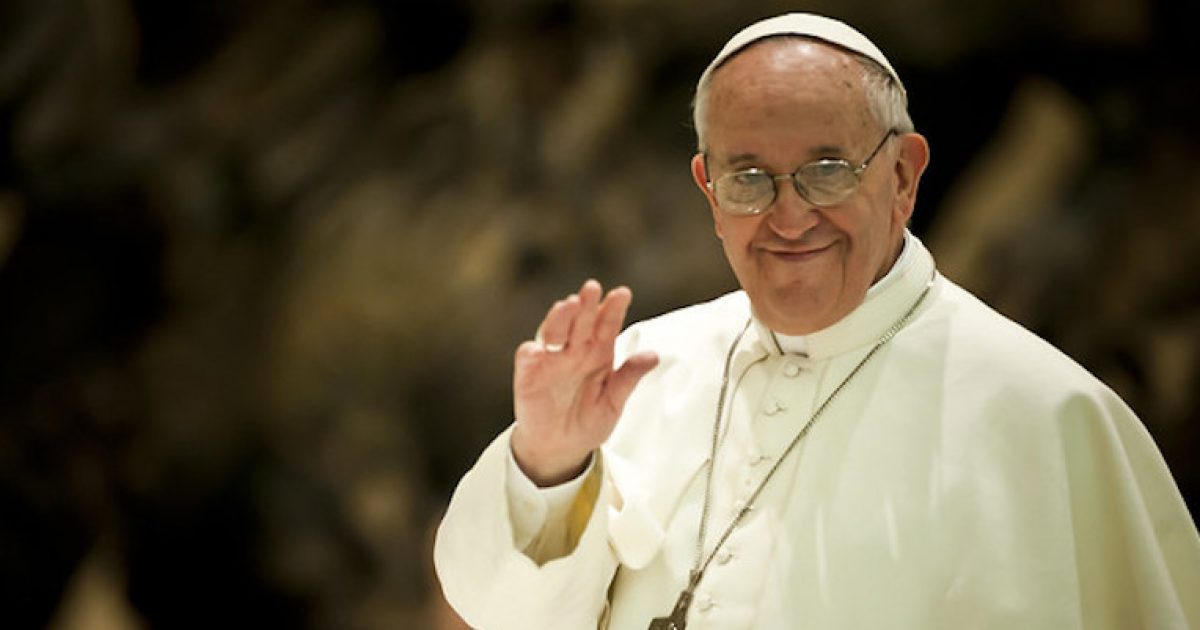 In what possible world did THIS seem like a good idea?

A ‘synod’ is a when a Christian church — in this case, Catholic — has a general meeting for all members of the denomination around the world. It’s where the come together and wrestle with issues of the day, and come to agreement about what direction they are to take in the future.

By nature, such an event blends elements of religious worship and of business meetings.

This year, it’s the Amazon Synod, and it opened in a way that shocked and disgusted many Christians.

It also left many observers with serious questions about what it is that the Pope really believes.

On Saturday, Pope Francis along with Brazilian Cardinal Cláudio Hummes and Cardinal Lorenzo Baldisseri (both leaders of the synod) attended an indigenous ritual, a tree-planting ceremony in the Vatican gardens. Participants danced around a mandala, spread soil from “symbolic places,” and bowed to two female fertility figures. A male figure with erect penis lay nearby. (See here.)

The pope himself threw in the first shovelful of dirt. After sitting for an hour in the hot Roman sun, he looked tired and chose to set aside his prepared remarks. He just recited an Our Father without comment, and left.

This is no small matter and it’s difficult to see how cardinals and bishops simply let it pass. Many don’t, privately, but this will have major public repercussions, not least the scandal of suggesting that Christ is not the only way to the Father — which the Vatican seems more and more ready to allow. (We have here another example of confusion over the Abu Dhabi Statement that Pope Francis signed asserting that God willed a “pluralism and diversity of religions.”) Giving the impression that non-Catholics are pretty much fine where they already are is the quickest way to tamp down enthusiasm for evangelizing — which this synod is supposed to be encouraging.

It’s worth remembering too that fertility gods were associated with child sacrifice in the ancient Mideast; Jewish monotheism definitively broke with all that. Some indigenous gods in the New World, too, notoriously demanded human sacrifice.
Source: LifeSite

Elijah, as well as Moses, met with Jesus on the Mount of Transfiguration. And what was Elijah best know for? His open opposition to the fertility gods of his day.

(That famous encounter on Mount Carmel actually ended with the execution of the Prophets of Baal.)

Jeremiah, written about the impending destruction of Jerusalem, made frequent and repeated pointed references to Israel’s unfaithfulness in that generation, and their worship of foreign gods.

The Apostle Peter — two whom Roman Catholics trace Papal leadership back — gave a fierce rebuke of those who tolerate false teaching and heresy.

But now we have a Catholic Pope opening a Synod with literal pagan worship rites, and showing his blessing upon it by PERSONALLY participating in the process?

As a Protestant, I’m usually one of the voices telling other non-Catholics to dial down rhetoric against their Catholic brothers and sisters. Eternity is a long time for us to be stuck with each other, we might as well learn to get along now, rather than later. But I gotta level with you… your guy is WAY off course here.

NOTHING in God’s Word has ever made the worship of dead idols acceptable. Ever.

I’m not really clear on what remedies you guys have for an out-of-control Pope, or if the Cardinals can stage an intervention of some kind, but the guy in charge now doesn’t just have bad politics, he’s showing signs of some sketchy religion, too.

It’s enough to make one wonder what was IN that white smoke on the day the picked the current Pope.

Any idea what’s going on with your guy?

Rules For Radical Christians is not a survival devotional designed to help the young Christian adult limp through life. Rather, it is a road-tested, dominion blueprint that will equip the young adult with leadership skills and sufficient motivation to rise to a place of influence in an overtly non-Christian culture. Rules For Radical Christians gives the reader the keys to become strategically equipped to move into an anti-theistic environment and effectively influence it for the glory of God.