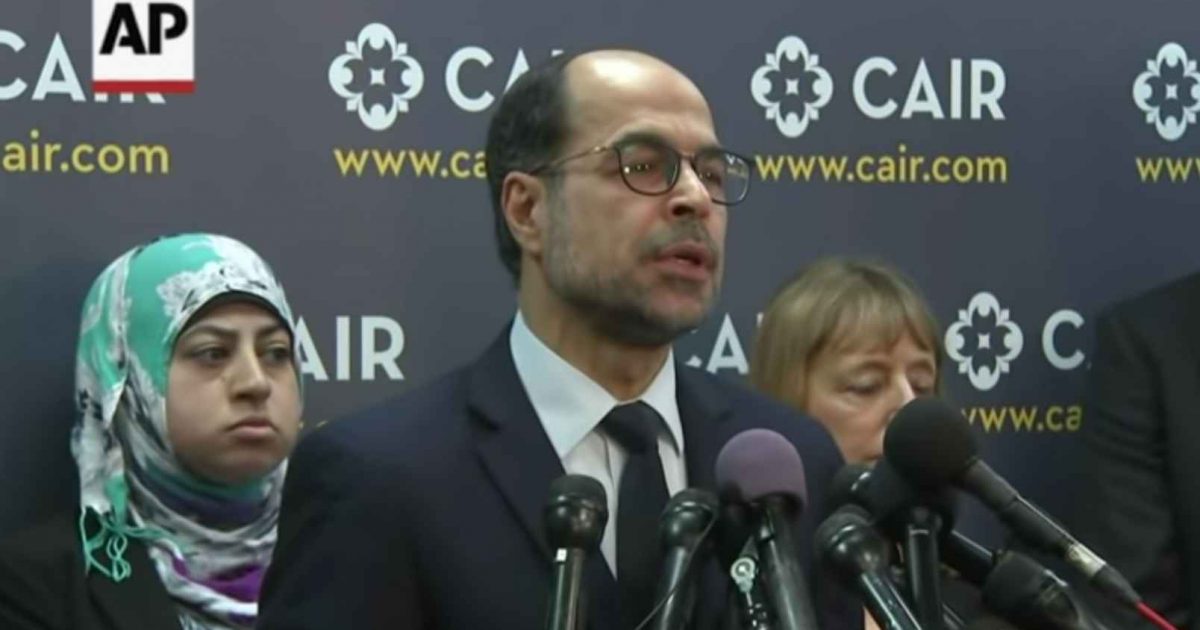 My friends, it could be time for me to be saying goodbye. Leftist and Islamic groups have been trying for years to silence all criticism of jihad terror and Sharia oppression of women and others, and in the New Zealand massacre they see the best chance in a long time to move in for the kill. I (along with other foes of jihad terror) could be banned from everything and rendered a non-person, a la Alex Jones, any day now.

This is no exaggeration. Meeting in Istanbul, the International Union for Muslim Scholars (IUMS) has called on non-Muslim countries to ban “Islamophobia,” which means criticism of Islam, including analysis of the motivating ideology fueling jihad terror. IUMS President Ahmed al-Raisouni said Friday: “IUMS calls on non-Muslim countries to ban the spread of hatred against Islam and Muslims.”

Since analysis of the motivating ideology behind jihad terror is routinely smeared as “hatred of Islam and Muslims,” this will likely outlaw all such analysis and make opposition to jihad terror effectively impossible.

And these bans are very likely coming. In America, they won’t take the form of actual laws forbidding criticism of Islam (although remember that Tom Perez, the current head of the Democratic National Committee, refused to rule out the implementation of such laws a few years ago, when he was Assistant Attorney General in the Obama administration). They’re more likely to take the form of a complete deplatforming. We will be able to speak, but no one will be able to hear us, as we won’t be allowed on Facebook, Twitter, YouTube, and the rest.

IUMS was not alone. Saudi King Salman tweeted: “The heinous massacre that targeted worshippers in the mosque in New Zealand is a terrorist act, and it reaffirms the responsibility of the international community in combating hate speech and terrorism that is not condoned by religions or the values of tolerance.” Apparently, terrorism that is condoned by religions is fine with him, as in “strike terror in the enemies of Allah” (Qur’an 8:60). But by “hate speech” he almost certainly means honest discussion of how Islamic jihadis use the texts and teachings of Islam to justify violence.

Domestically, the call for censorship came from the Hamas-linked Council on American-Islamic Relations (CAIR), which has for years been trying to shut down all opposition to jihad violence and Sharia oppression of women, gays, and others. They have succeeded in fooling many people into thinking that it is “bigotry” and “racism” to oppose jihad terror, and have made those who discuss the motivating ideology behind jihad terror toxic in the public square. Now Hamas-linked CAIR is attempting to use the New Zealand massacre to achieve total victory: the complete closure of all media platforms to foes of jihad terror and Sharia oppression.

In its press conference on the New Zealand mosque shootings, CAIR top dog Nihad Awad (pictured above) named Donald Trump as responsible for the massacre, despite the fact that in the murderer’s insane “manifesto,” he asks himself: “Were/are you a supporter of Donald Trump?,” and answers: “As a symbol of renewed white identity and common purpose? Sure. As a policymaker and leader? Dear god no.” The “symbol of renewed white identity” part is all that the media is quoting. He never says he was incited to violence by Trump, or says anything about Trump and Muslims at all.

Awad also named Pamela Geller and me: “Years ago when another terrorist attacked in Norway he quoted islamophobes like Robert Spencer and Pamela Geller.” Yes, he also quoted Barack Obama and John F. Kennedy and Charles Darwin and a host of others. He said he was inspired to violent actions by al-Qaeda. Awad does not, of course, say anything about that.

Anyway, CAIR’s press conference was a full-court press for censorship, and it painted, yet again, a large target on our backs for increasingly unhinged and violent Leftists, as well as jihadis. CAIR calls for a total silencing on all platforms of so-called “hate groups,” i.e., those who dare to note that jihad terrorists are inspired by Islamic texts and teachings. It is likely that the social media giants will comply; it will not be at all surprising if they succeed in getting us completely silenced.

Not surprisingly, it was in Britain that police moved most swiftly on this. The BBC reported Saturday that “a 24-year old from Oldham” was arrested for a social media post “making reference and support for the terrible events” in New Zealand. Approving of a massacre is disgusting, and if he was calling for or approving of violence then there is no justification for that. At the same time, the BBC report says: “Social media firms and some news outlets have been criticised for sharing livestream footage of the attack and failing to address far-right extremism on their platforms.”

Calling for or justifying a massacre of innocent people is one thing. But that “failing to address far-right extremism on their platforms” is quite another. For years now, Leftists and Islamic supremacists have insisted that opposing jihad mass murder and Sharia oppression of women and others constitutes “far-right extremism.” So it is likely that those who will be shut down will not be limited solely to people such as this “24-year-old from Oldham” who was “making reference and support for the terrible events.” It will include foes of jihad terror.

If and when we are all silenced, however, the jihad will not stop. The multicultural paradise will not dawn on the planet; in fact, there will be more jihad violence and strife than ever. There just won’t be anyone around who dares to oppose it.