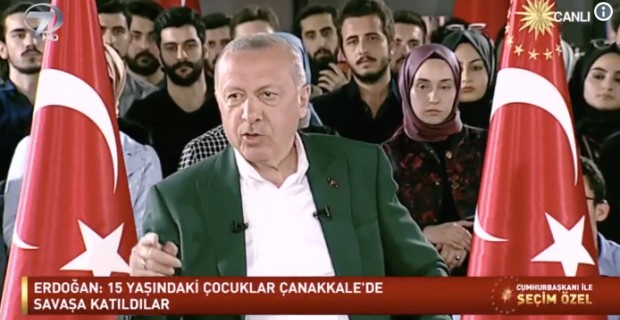 Islamist tyrant Recep Tayyip Erdogan has caused fury by telling New Zealanders they will be sent back in “coffins” like their forefathers in WW1 if they misbehave while visiting Turkey for Anzac day in April.

“If you come in peace, fine, if not, you will be sent back in COFFINS the way your forefathers were dispatched after the Gallipoli Battle of WW1,” said the Turkish president.

Turkey’s #Erdogan threatens NewZealanders & Australians who plan to visit #Turkey for #Anzac Day in April. “If you come in peace, fine, if not, you will be sent back in COFFINS the way your forefathers were despatched after the Gallipoli Battle of WW1. pic.twitter.com/jjW8n3kg27

Erdogan aimed his comments at New Zealanders despite the fact that the mosque gunman who killed 50 people was Australian, another slap in the face to a country already suffering immense grief.

The Islamist president is already under fire for showing footage of the Christchurch terror attack to his supporters at political rallies, a disgraceful exploitation of the tragedy.

According to New Zealand’s foreign minister Winston Peters, the stunt “imperils the future and safety of the New Zealand people and our people abroad and it’s totally unfair.”

“Is it worth showing this bloody massacre in order to gain a few more votes?” asked Turkish opposition spokesman Faik Oztrak.

Peters has now vowed to set the record straight, asserting, “He knows the separation of us and Australia – some countries don’t think we’re different but we are.”

Erdogan is notorious for siding with extremist Islamists, having previously complained about Austria shutting down extremist mosques by suggesting violent reprisals.

“They say they’re going to kick our religious men out of Austria. Do you think we will not react if you do such a thing?” he said.