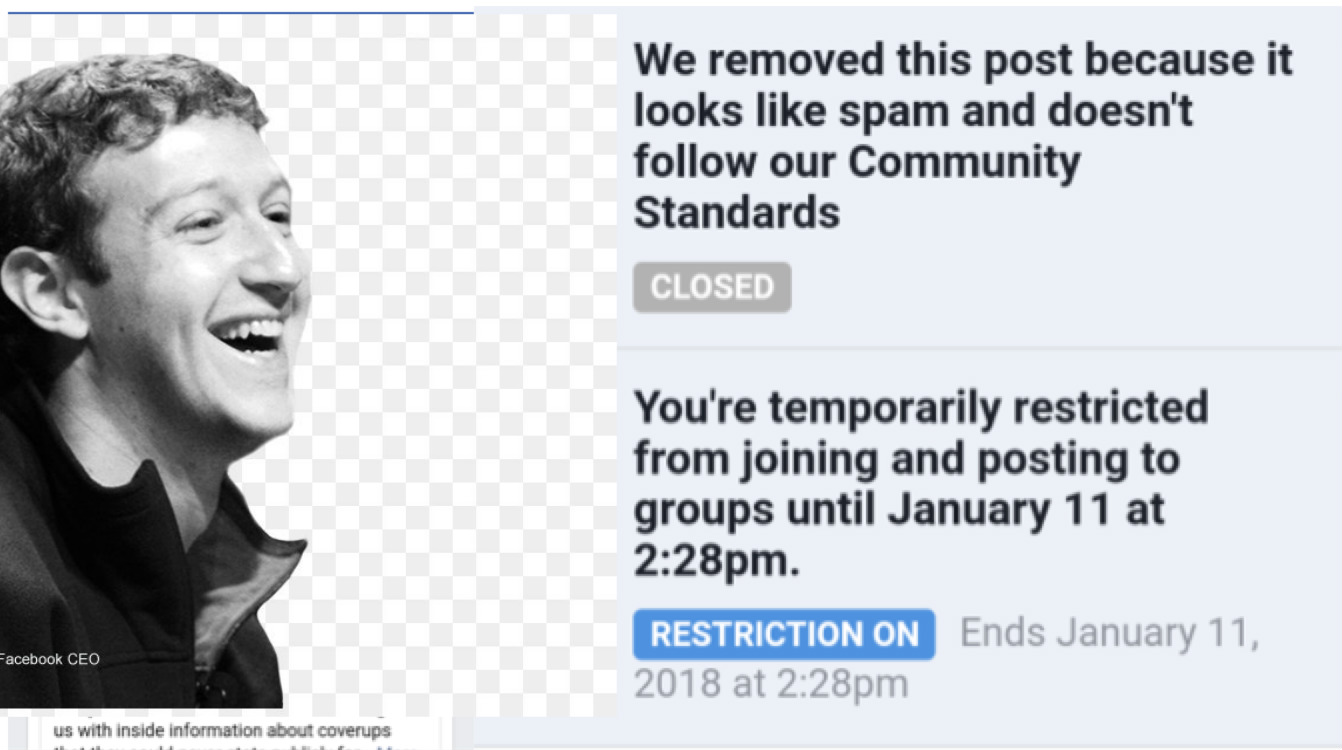 As Facebook continues to be hit with claims of censorship from Donald Trump and other conservative voices, two more alleged cases have been added to the pile, with the social network claiming the posts “look like spam.”

Both of the articles referenced the Paul Manafort conviction and the Michael Cohen guilty plea. But both were deleted.

In a column for the New York Post – which Zito’s article“Why Trump’s supporters won’t care about Cohen and Manafort” was written for – she said it took only a couple of hours after she posted the piece to receive messages from friends who tried to share her article but had it removed by Facebook.

“Sometimes the removal was accompanied by a message from Facebook. ‘Spam’ was the most common reason given, but a couple of people were told Facebook removed the post because ‘it did not follow our Community Standards,'” she wrote.

Once she was alerted to the issue by friends, Zito then went to her original post. It was gone.

Despite publicly taking to Twitter to ask for an explanation and messaging Facebook in a private message, Zito never received a response. The article silently reappeared on Facebook 90 minutes after it had been removed.

“Facebook has become the world’s biggest publisher, reaching many more people than daily newspapers. Bad enough that they arbitrarily decide what people can and cannot read. Worse is that they won’t tell anyone why,” Zito wrote.

Conservative attorney and radio host Jenna Ellis has a similar story. Around the same time, she published an article in The Washington Examiner, titled “Democrats are overreacting to the Michael Cohen guilty plea.”

Ellis responded by reposting the screenshot and tagging Facebook and Mark Zuckerberg in that post. “The tags were immediately removed,” she said.

The attorney says Facebook is “misrepresenting their user agreement and trying to benefit from conservatives adding to their user numbers to drive up value, but still censor selectively and against users’ reasonable expectations in signing up for the platform.”She added that if Facebook wants to be a liberal platform, it should do so openly so that Republicans “can determine if they want to use that platform.”

Ellis’ article can still be seen on her Facebook page, although the image that accompanies the article is missing.

It comes less than two weeks after Trump took to Twitter to quote Ellis regarding the FBI and Hillary Clinton.

There is, of course, the possibility that the removal of the articles was just a glitch in an algorithm, as one of Ellis’ friends chimed in to state that she also received a “spam” message when she tried to publish a non-political post about a “barbershop chorus video.”

But still, one has to question. Particularly considering the parallels that seem to run through some of Facebook’s actions – like Ellis being quoted by Trump, and after it last week removed videos from the conservative educational non-profit PragerU, which filed a lawsuit against Google/YouTube in October, alleging “intentional” censorship of conservative speakers. Facebook ultimately restored the videos and apologized, but issued no explanation for the removal.

In his most recent tweet, Trump slammed“social media giants” for “silencing millions of people,” adding that “people have to figure out what is real, and what is not, without censorship.”

Facebook and Twitter have been under fire from conservatives over alleged censorship since wiping Infowars’ Alex Jones from their platforms in what appeared to be a coordinated effort, along with a number of other controversial suspensions.