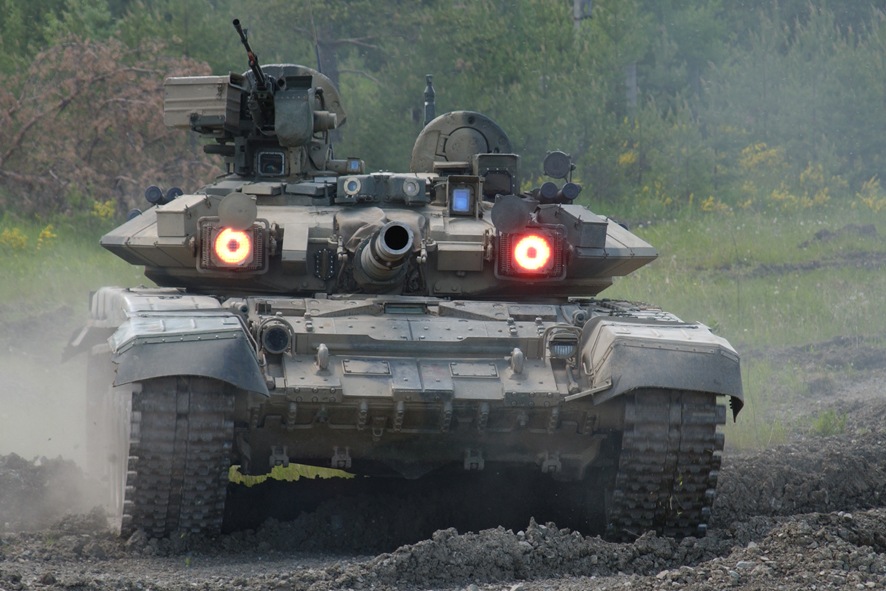 How is it possible that we are suddenly on the precipice of global war? During the Cold War days, we could always count on the fact that there were competent foreign policy professionals in the United States and in Europe that could simultaneously look out for our interests but also prevent a nuclear war with Russia from happening. Because if a nuclear war were to erupt, nobody wins. Unfortunately, the landscape is completely different here in 2022. Instead of competent foreign policy professionals running the show, we have got a bunch of clueless hacks that seem to have absolutely no idea what they are doing. I wish that I could be more optimistic that a diplomatic way out of this crisis will be found, but I can’t.

On Monday, Joe Biden and Boris Johnson both agreed that a “window for diplomacy” remains open…

Boris Johnson, the Prime Minister, and US President Joe Biden agreed in a call today that a “crucial window for diplomacy” remained open over the crisis in Ukraine, Downing Street has said.

I am glad that they believe that, but in order for diplomacy to work you must be willing to negotiate.

Needless to say, that isn’t diplomacy.

On the other side, the Russians are clearly threatening to invade Ukraine, but they are also indicating that they are still open to talks for a limited period of time…

Russian Foreign Minister Sergey Lavrov said that talks “can’t go on indefinitely, but I would suggest to continue and expand them at this stage.”

The Russians consider Ukraine to be part of Russia.

So the idea of having Ukraine join NATO and having western missiles just minutes from Moscow is absolutely unthinkable to the leadership in the Kremlin.

We need to understand that, but we also don’t have to give the Russians everything that they are demanding in order to avoid war. Several workable frameworks for peace have been put forward, and that includes one that has been drafted by former policymakers on both sides.

This crisis could be resolved so easily, but the Biden administration has decided that the Russians will get nothing and be happy with it.

Let us hope that the Biden administration has a sudden change of heart, because time is running out. According to CNN, Russian forces continue to pour into the region…

The build-up of Russian forces close to the Ukrainian border continues apace, with everything from submarines and amphibious landing ships in the Black Sea to short-range ballistic missiles, tanks and howitzers around Ukraine’s northeastern edges.

CNN has geolocated and authenticated social media videos of these movements — though there are likely many more that are not being observed.

Russia has moved some long-range artillery and rocket launchers into firing position, threatening Ukraine, according to a U.S. official.

Some Russian units have left their assembly areas — the bumper-to-bumper formations seen in satellite photos — and are beginning to move into “attack positions,” according to the official. This movement marks a change since Sunday, when some of the units had left the assembly areas but had not yet taken what could be viewed as attack positions.

If the Russians actually pull the trigger, they will hit really fast and really hard.

Meanwhile, a war reporter living in Ukraine says that he is getting the feeling that it is “game time”…

“During the past, I’ve used the analogy of a Florida town before a hurricane to kind of describe the mood here… as people try to decide what they should do, should they leave or stay or, in this case, take up arms and fight,” he continued.

Peterson said it is “incredible to watch” the nation prepare for a Russian attack, saying it’s now “game time.”

Let us hope and pray that it is not “game time”, because once war starts there will be no going back.

Unfortunately, things just get even more tense with each passing day. On Monday, we learned that U.S. Secretary of State Antony Blinken has ordered the U.S. embassy in Kiev to be closed down due to invasion fears…

Secretary of State Antony Blinken on Monday ordered the U.S. Embassy in Kyiv closed and directed embassy staff to relocate to Lviv, a city in western Ukraine, citing the “dramatic acceleration in the buildup of Russian forces” on Ukraine’s border.

“We are in the process of temporarily relocating our Embassy operations in Ukraine from our Embassy in Kyiv to Lviv due to the dramatic acceleration in the buildup of Russian forces,” Blinken said in a statement.

Ukraine’s president and military chiefs are presenting a façade of skepticism over any possible Russian invasion. This has been reflected in the upbeat mood on the streets of Kyiv, However, on Monday, Mayor Vitaliy Klitschko introduced a jarring note with an announcement that he had a plan ready for the evacuation of 3 million city dwellers.

But despite everything that you just read, I don’t think that an invasion will happen this month.

I think that the Russians are willing to negotiate for at least a couple more weeks.

Many have suggested that a Russian invasion must happen before the ground thaws, but that simply isn’t true.

In fact, Russian officials have reportedly “scoffed” at the idea that the ground must be frozen for an invasion to take place…

The Kremlin, which has denied having any Ukraine invasion plans, has scoffed at an argument that it wants to see the ground frozen to launch an attack on Ukraine. Ukrainian officials agree that frozen ground or mud isn’t an issue.

So I don’t know why Biden and his minions keep bringing this up as an argument.

Konstantin Sivkov, a Russian military analyst, said even if there were a ground incursion, Russian battle tanks are significantly lighter than Western armored vehicles and don’t get bogged down.

“Our tanks are much better suited for advancing on muddy terrain, there is nothing to worry about,” Sivkov said in remarks carried by the FAN news outlet. “A thaw can only stop Western tanks.”

If the Biden administration is willing to negotiate, this crisis can still be resolved.

But I don’t think that is going to happen.

I think that the Biden administration isn’t going to move from current positions, and so in the end we are going to get to see if the Russians are bluffing or not.

And once the Russians start rolling into Ukraine, nothing will be the same ever again.