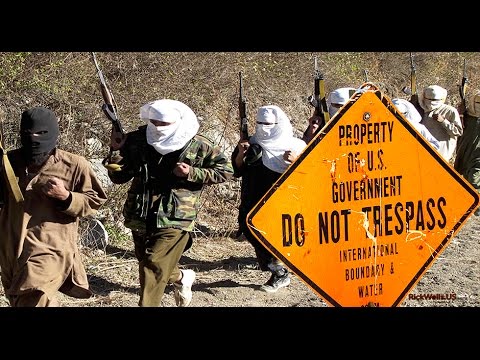 In 2010, Dhakane was convicted at trial in San Antonio, Texas, on asylum fraud charges derived from an FBI terrorism investigation, which began when he was recorded speaking about his work as a terrorist to an undercover informant inside a Texas detention facility. Dhakane had worked as a Brazil-based smuggler of fellow Somalis to the U.S. border before he decided to cross himself and declare asylum. It quickly emerged that Dhakane had belonged to the U.S.-designated terrorist group al-Ittihad al-Islamiya (AIAI) as a guerilla fighter and finance official.21 He served for six years as a “hawaladar”, or transferor of funds outside the normal banking system, for al-Barakat, an organization the Treasury Department designated as a banned terrorist entity.22 While working as a smuggler in South America, Dhakane facilitated the transportation of as many as seven Somali men across the Texas and California borders whom he knew, from long personal discussions in hotel rooms along the way, were extremist affiliates of AIAI who he knew were “ready to die for the cause”.

Ahmed’s apprehension at the McAllen, Texas, airport while carrying clothing still wet from crossing the Rio Grande and a passport mutilated to hide her airport arrival in Mexico City drew brief national media attention as a potential terrorist infiltration, which faded after official government declarations that she was not connected to terrorism.23 However, a December 9, 2004, U.S. Border and Transportation Security intelligence summary of the case stated that Ahmed was “linked to specific terrorist activities.”24 MQM is a Pakistan political movement and party that has been involved in terroristic political violence and has been regarded by the U.S. government as a “Tier III” terrorist organization.25 Court transcripts and government investigative materials identified Ahmed as a South Africa-based human smuggler for MQM who sources said operated an MQM safe house in Johannesburg that provided shelter for terrorists “on the run”, to include a participant in a 1995 ambush murder of two U.S. consulate employees in Karachi, Pakistan.26 An FBI official with direct knowledge of the investigation said Ahmed’s husband was a confirmed member of a terrorist organization.27

She regularly transported Pakistanis and others associated with MQM over the U.S.-Mexico border and also into Canada and Australia. Houston-based federal prosecutor Abe Martinez, chief of the Southern District of Texas national security section in the U.S. Attorney’s Office, was asked if she or anyone she smuggled might have been involved in terrorism. “Were they linked to any terrorism organizations? I would have to say yes.”28 An uncorroborated Homeland Security Today magazine report cited U.S. intelligence sources alleging that Ahmed was linked to Pakistanis arrested in the United Kingdom who were plotting a terror attack in New York.29 Ahmed pleaded guilty to illegal entry and false statements and was deported with time served.30

Court records from a current prosecution of a New York City-based member of Hezbollah’s foreign terrorist wing known as “Unit 910” revealed that the defendant’s father, Muhammad Kourani, had “entered the United States illegally on foot.”31 “U.S. prosecutors accuse the son, Ali Kourani, in a multi-count indictment of collecting intelligence for potential assassinations and bombings in the United States for Unit 910 from 2008 through at least 2015.32

Court records from his son’s New York prosecution describe Mohammed Kourani as having intimate knowledge of and participation in his son’s communications with a Hezbollah overseer inside Lebanon and also that the father knew two other sons were Hezbollah members and that at least one unrelated man in the New York area was a Hezbollah intelligence operative.33 After Muhammad Kourani illegally entered the United States from Mexico, he fraudulently married a woman to gain legal residency. The date of the illegal entry is not provided. He then sought immigration relief for his son, the defendant Ali Kourani, and also one other of his sons, Moustafa Kourani, based on the purported marriage. Court records from the case show at least three of Muhammad Kourani’s sons were Hezbollah operatives.34 Ultimately, the U.S. defendant, Ali Kourani, legally immigrated from Cyprus to the United States in 2003. It was unclear whether his father was involved in that immigration, but the dates indicate that Muhammad Kourani would likely have crossed from Mexico prior to 2003. The other son and defendant’s brother, Moustafa Kourani, whom their father also helped enter the United States was, in 2017, undergoing deportation proceedings while also under FBI investigation as a suspected Hezbollah operative.

Out of the 2003-2004 U.S. smuggling prosecution of Lebanese national Salim Boughader Mucharrafille came information that his Tijuana-based organization smuggled one client over the Mexico-California who worked for a Hezbollah-owned satellite television network.35 The U.S. government designated Hezbollah a foreign terrorist organization in 1997. The U.S. Department of the Treasury designated its satellite television operation as a terrorist entity in part because employees have been known to conduct pre-operational surveillance for Hezbollah “under cover of employment by Al-Manar”, according to the U.S. Treasury Department.36 The station was added to the U.S. State Department’s Terrorist Exclusion List in 2004.37

In 2001, Kourani (no known family relation to other listed individuals in this report) was smuggled across the Mexican border and into the United States in the trunk of a car and settled in Dearborn, Mich.38 In 2005, Kourani was sentenced to 54 months in prison for his activities as a “fighter, recruiter and fund-raiser” for Hezbollah, operating in Lebanon and in the United States.39 Court records said Kourani had received “specialized training in radical Shiite fundamentalism, weaponry, spy craft and counterintelligence in Lebanon and Iran.” Prosecutors said his brother, Haidar, was chief of military security for the group in southern Lebanon. The government said Kourani paid a Mexican consular official in Beirut $3,000 for a visa to enter Mexico, then sneaked across the border.40 He was smuggled by the Salim Boughader Mucharrafille network of Lebanon, along with at least 200 Lebanese the network moved over the border from Tijuana, to include an Al-Manar Television employee.41

These 14 individuals were, thankfully, apprehended. Who knows how many more may have slipped through.

Check out this little nugget from Politifact:

Along with human traffickers, drug-cartel and gang members, law enforcement personnel in recent years had several run-ins with so-called “special interest aliens.” These are people coming into the United States from 35 Middle Eastern, African and Asian countries associated with terrorist groups.

Texas reported 439 cases of people from these countries — including Afghanistan, Iran, Iraq, Lebanon, Libya, Pakistan and Syria — either caught crossing the border or presenting themselves at ports of entry without permission to enter. The report also said authorities had reported 143 “land border crossing encounters with watch-listed individuals in southwest border states between November 2013 and July 2014.”

439 attempted entries in less than a year and 143 of them were officially watchlisted. Do you think the other 296 were just good people looking for a new life? Maybe some, but definitely not all. Let’s just go with the 143 number. Let that soak in for a moment. And remember, these were simply those who hadn’t found a way to get permission to enter and does not include those who were never caught.

Here is a really good synopsis of what is happening right now from a former Obama classmate, Wayne Allen Root, via The Blaze:

We’ve lost control of our border and our country. What’s coming next will bring America and the U.S. economy to its knees.

At this moment there may be hundreds of suicide bombers and terrorist cells safely within our borders. All waiting for the go-ahead to destroy this country, cripple our economy, murder our families, take down the only country left in the world with Judeo-Christian values, and force the government to take away our remaining freedoms in response to a terrible crisis.

It’s time to start thinking about impeachment and treason charges against a president that has allowed all of this to happen.

Root’s article was written while Obama was still in office, but the problem has not changed and possibly worsened. There are bad people entering this country, both legally and ILLEGALLY every day. They seek to destroy us. This doesn’t even include the drug cartel members that have moved in.

There is no way to know how many terrorists have made it here. But if they have caught hundreds trying to enter, I don’t think it is unrealistic to suspect that thousands are already here AND they are reproducing.

America, as we know it, can not survive without it.