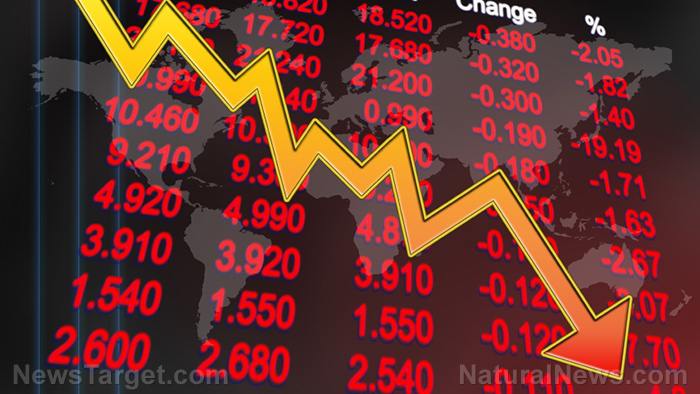 (Natural News) As gas prices skyrocket and food becomes unaffordable for many, the U.S. military-industrial complex continues to assure us that the “good” guy – itself, of course – is “winning” the war against the “bad” guy, Russia. Meanwhile, the entire global economy is swirling the toilet.

No matter what the outcome of Vladimir Putin’s crusade against the deep state, one thing is for certain: Things are never going back to the way people remember them. And America will never, if it ever truly was, go back to being “great” again.

What the world is now witnessing is the engineered takedown of the “old” world order. Mystery Babylon, as the Bible describes it, is on its last legs, and the war is simply the final catalyst to ensure that the current system of things collapses neatly into its own footprint, just like the twin World Trade Center towers, along with Building 7, did back in 2001.

“The last time a worldwide trading system was destroyed was just over a century ago,” writes Kurt Cobb for OilPrice.com, warning that the economic warfare of the Russia-Ukraine conflict “is very likely to destroy the current global trading system.”

“The sanctions against Russia are hard to keep track of, ambiguous and ever-expanding. Their consequences, however, are clear. Through pressure exerted by the United States and European countries, most of the world will be forced to curtail its trade with Russia sharply.”

“Russia, however, has potent trade weapons of its own since the country remains the second-largest producer of both oil and natural gas in the world behind the United States according to the U.S. Energy Information Administration.”

Are you ready for a new world order?

Russia is a top producer of natural gas and oil, as well as metals such as nickel, cobalt, iron and uranium. It also supplies much of the world’s potash fertilizer, a lack of which makes it really difficult to grow food industrially.

As a major supplier of many natural resources, in other words, Russia is needed in the global economy. The current NATO sanctions, as well as voluntary sanctions by “woke” private businesses, are going to backfire in a major way on the West, and we are already seeing it unfold in real time.

“The result of sanctions and war so far has been to cause prices of practically every commodity to rise significantly, most notably wheat, which is up 50 percent since before the war,” Cobb contends.

“Oil which was already trading at an elevated level is now comfortably above $110 per barrel, up about 25 percent from the start of the war.”

Cobb completely glosses over the fact that central banking and its corrupt monetary policies were already driving up prices before Putin’s invasion of Ukraine. But there has to be some cover story excuse at all times – before this, as you recall, it was the Wuhan coronavirus (Covid-19).

Now that Fauci Flu germs are no longer scaring enough people, the powers that be have moved on to war and their favorite scapegoat of all: Vladimir Putin.

“The leaders of all the main countries are all students of the World Economic Forum (WEF) school,” noted one commenter at Natural News about how we are likely witnessing another good cop, bad cop situation where both “sides” – in this case Russia versus NATO – are cooperating towards the same end.

Even Ivanka Trump, Donald Trump’s daughter, is an esteemed WEF Young Global Leader, suggesting that they are all in on it together.

“They are all playing a part to bring about the Great Reset the WEF has wanted. Russia, America, Ukraine: it’s all an act. You might want to even look into where the WEF hotshots go in Rome for their instructions. The top is Mystery Babylon.”

More related news can be found at Chaos.news.