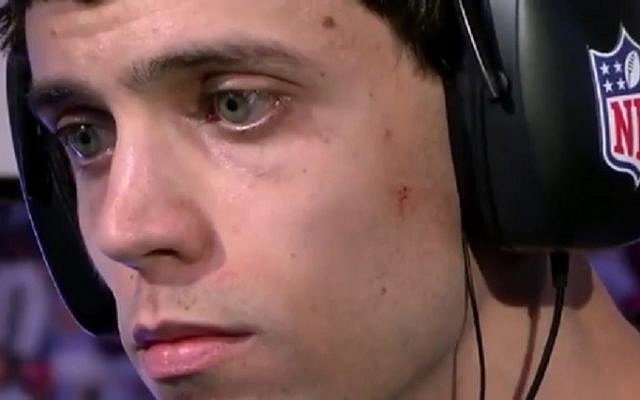 “You trumptards seriously can never stop amazing everyone with how mentally challenged you guys are,” Katz wrote late last year on the Pro-Donald Trump r/The_Donald subreddit under the name “ravenchamps.”

Liberal Redditors should not be allowed to own firearms. This is common sense.

Before the video cuts off, you can clearly see a laser go across the gentleman’s chest on the right.

This is Jacksonville’s second public shooting in as many days, first at a Raines High school football game and now a madden tournament. pic.twitter.com/VpKcI6z4Gl

A verbal altercation was heard breaking out during the tournament the day before the shooting, it’s not clear if it was in anyway related:

The shooting occurred in a “gun-free zone”: Leftists immediately tried to politicize the deaths (after spending all last week saying deaths should never be politicized):

Coming after a week of being lectured we shouldn't politicize deaths https://t.co/E75F4WmdAg

Here’s more on the story from the Times of Israel:

Two people were killed and 11 others wounded Sunday when a video game tournament competitor went on a shooting rampage before turning the gun on himself in the northern Florida city of Jacksonville, local police said.

Sheriff Mike Williams named the suspect of the shooting at a Madden 19 American football eSports tournament as 24-year-old David Katz from Baltimore, Maryland.

The Forward reported that Katz was Jewish.

“There were three deceased individuals at the scene, one of those being the suspect, who took his own life,” Williams told reporters.

He said local fire and rescue transported nine victims — seven of whom had gunshot wounds — to local hospitals, while another two people who were shot took their own transportation to hospital.

Odds are this story will drop out of the news cycle fast as it doesn’t fit the narrative.