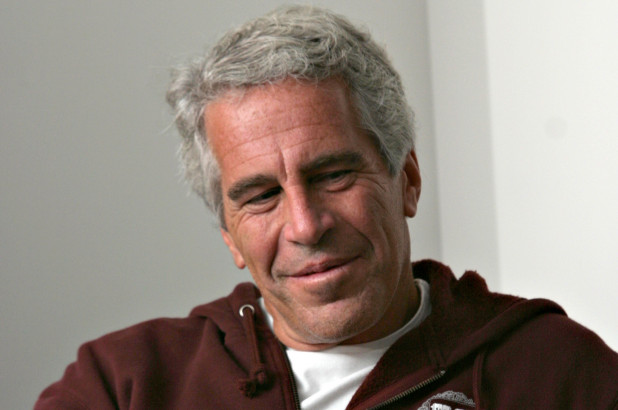 As if billionaire pedophile Jeffrey Epstein’s tale wasn’t creepy enough, now it has been reported by the New York Times that Epstein actually had a plan to turn his New Mexico ranch into a baby making factory and delving into “transhumanism.”

Jeffrey E. Epstein, the wealthy financier who is accused of sex trafficking, had an unusual dream: He hoped to seed the human race with his DNA by impregnating women at his vast New Mexico ranch.

Mr. Epstein over the years confided to scientists and others about his scheme, according to four people familiar with his thinking, although there is no evidence that it ever came to fruition.

Mr. Epstein’s vision reflected his longstanding fascination with what has become known as transhumanism: the science of improving the human population through technologies like genetic engineering and artificial intelligence. Critics have likened transhumanism to a modern-day version of eugenics, the discredited field of improving the human race through controlled breeding.

The Times report didn’t make clear whether Epstein planned to have sex with the women or rely on artificial insemination.

With interviews and public documents, the report exposed the billionaire’s tactics to “insinuate himself into an elite scientific community, thus allowing him to pursue his interests in eugenics and other fringe fields like cryonics.”

Obviously, for many scientists interested in Epstein’s project, the lure was his money that would support their pet projects.

Some of the scientists said that the prospect of financing blinded them to the seriousness of his sexual transgressions, and even led them to give credence to some of Mr. Epstein’s half-baked scientific musings.

Scientists gathered at dinner parties at Mr. Epstein’s Manhattan mansion, where Dom Pérignon and expensive wines flowed freely, even though Mr. Epstein did not drink. He hosted buffet lunches at Harvard’s Program for Evolutionary Dynamics, which he had helped start with a $6.5 million donation.

Others flew to conferences sponsored by Mr. Epstein in the United States Virgin Islands and were feted on his private island there. Once, the scientists — including Mr. Hawking — crowded on board a submarine that Mr. Epstein had chartered.

The Harvard cognitive psychologist Steven Pinker said he was invited by colleagues — including Martin Nowak, a Harvard professor of mathematics and biology, and the theoretical physicist Lawrence Krauss — to “salons and coffee klatsches” at which Mr. Epstein would hold court.

While some of Mr. Pinker’s peers hailed Mr. Epstein as brilliant, Mr. Pinker described him as an “intellectual impostor.”

“He would abruptly change the subject, A.D.D.-style, dismiss an observation with an adolescent wisecrack,” Mr. Pinker said.

Pinker wasn’t the only one.

Jaron Lanier, a prolific author who is a founding father of virtual reality, said that Epstein’s ideas were not scientific in the sense that they did not lend themselves to rigorous proof. Lanier was also a scientist funded by Epstein.

Epstein, 66, was also fascinated with the unproven science of cryogenics, in which people’s bodies or body parts are frozen at very low temperatures so they can be brought back to life in the future, the Times said.

A source described as an adherent of “transhumanism” – the belief that human evolution can be furthered through science and technology – told the paper that Epstein wanted to have his penis and head cryogenically preserved.

Epstein cultivated relationships with elite scientists – including the late theoretical physicist Stephen Hawking and the late Nobel Prize-winner Murray Gell-Mann, who discovered the quark – to pursue his interests in controlled breeding and other fringe theories, the Times said.

Those relationships continued even after Epstein struck a controversial 2008 plea bargain over allegations he had sexually abused scores of underage girls at his waterfront mansion in Palm Beach, Florida, the Times said, and in 2011 an Epstein charity gave $20,000 to the Worldwide Transhumanist Association, now known as Humanity Plus.

The since-shuttered charity also donated $100,000 to pay the salary of Humanity Plus vice chairman Ben Goertzel, who told the Times in an email that “I have no desire to talk about Epstein right now.”

“The stuff I’m reading about him in the papers is pretty disturbing and goes way beyond what I thought his misdoings and kinks were. Yecch,” he added.

Does anyone else think that Epstein is a man that needs to be put down and nothing left for anyone to remember him by except for his crimes? Far from being frozen and his DNA left to continue on the planet, he needs to be executed for his crimes to rid the world of another ego-maniac with bizarre behavior and ideas.

For more on Epstein’s ranch that the mainstream media simply will not give you, check out investigative journalist Corey Lynn’s lengthy piece.