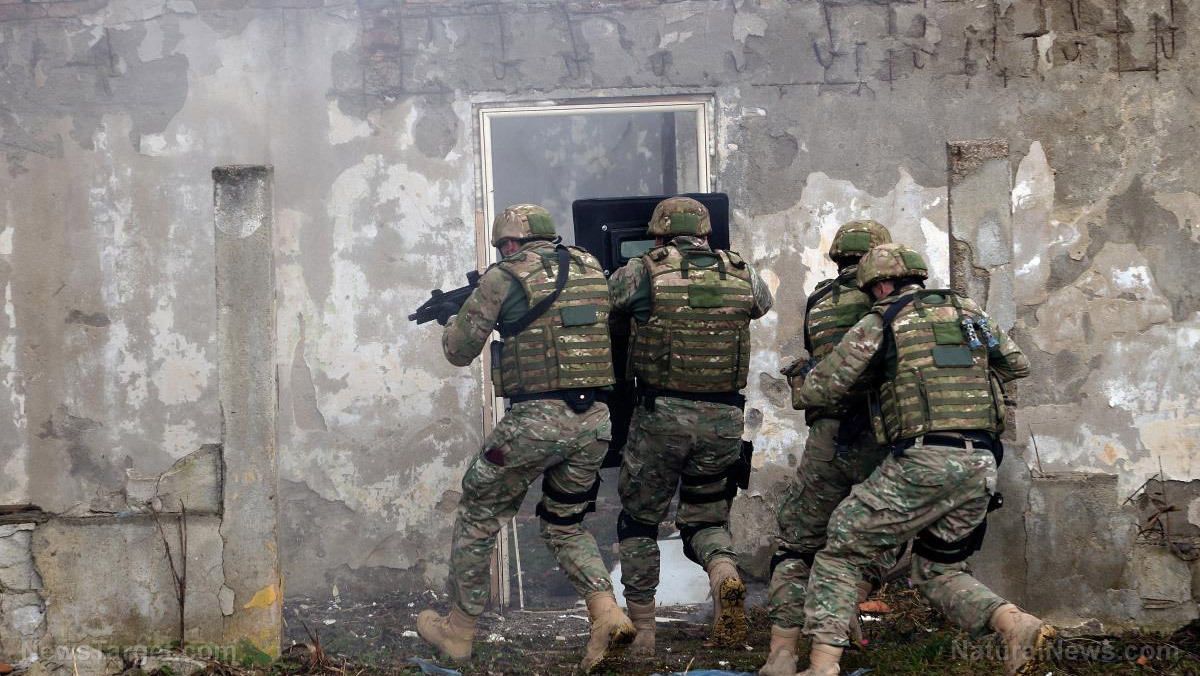 (Natural News) A New Jersey law that makes it a felony to possess a gun magazine capable of holding over 10 rounds of ammunition is now active. This wildly unconstitutional law instantly criminalizes hundreds of thousands of New Jersey citizens who legally acquired normal capacity firearms magazines — which include 17-round pistol magazines and 30-round rifle magazines — as tools of self-defense against the very same violent criminals that are protected by the Democrats who passed the gun magazine ban.

Now, the New Jersey State Police have told Breitbart News they won’t rule out “house-to-house enforcement” of the new magazine ban, meaning they plan to conduct house-to-house arrests and gun magazine confiscations. These Nazi-style anti-gun operations will, of course, be carried out at gunpoint, further underscoring the entire purpose of the Second Amendment and the need for citizens to arm themselves with 30-round magazines to defend against government tyranny.

“Breitbart News contacted New Jersey State Police on Monday to ask how they planned to enforce the newly enacted ban,” reports Breitbart.com. “The NJ State Police refused to rule out house-to-house checks. Rather, they responded: ‘We do not discuss enforcement strategies.’”

The very reason citizens need 30-round magazines is because the government wants to use coercion and the threat of violence to take away their legally-acquired firearms and magazines. If citizens surrender 30-round magazines, the next step will be New Jersey banning all magazines, followed by the banning of all semi-automatic firearms. Almost overnight, citizens of New Jersey will find themselves living under an authoritarian regime of pure tyranny and lawlessness… with no means to defend themselves against the state, which will then have a monopoly on effective firearms.

This is a repeat of Nazi Germany, which disarmed the Jews before mass murdering six million of them. It’s so much easier to murder people, after all, when the government disarms them first. And anyone going along with the disarmament is signing their own death warrant.

The entire purpose of the gun magazine ban, of course, is to make sure that innocent citizens are unable to shoot back when the government sends gun confiscation teamson door-to-door raids, gunning down citizens and taking their firearms by force. Anyone who knows history will immediately realize that New Jersey is walking down the path of Stalinist Russia or Hitler’s Germany, weaponizing the power of corrupt government to disarm the very people that government will later target for mass arrests and mass murder.

Have no illusions: The aim of all Leftists in government is the establish an authoritarian government regime that holds a monopoly over all firepower, ruling over disarmed citizens who are taxed to death, silenced by the tech giants and criminalized for seeking to defend their own nation against tyranny. This will be combined with open borders policies that flood the nation with violent criminal illegal aliens who will all be granted absolute legal immunity from their crimes, even while American citizens are arrested and imprisoned for merely exercising their Second Amendment rights.

As the Founding Fathers repeatedly noted, all citizens of America have a constitutional duty to resist unconstitutional, illegal “laws” that deprive them of their constitutional rights. Just because New Jersey passes a magazine ban doesn’t mean the New Jersey government has the rightful authority to assert such a restriction. The right to keep and bear arms implies the right to keep and bear the ammunition and magazines required for those arms to function. In passing the gun magazine ban, New Jersey lawmakers prove that they are lawless tyrants who have zero regard for the Bill of Rights, the right of self-defense or the safety of citizens in their own homes. It also underscores why such tyrants must be removed from power by the voters and prevented from destroying the civil rights of the people. 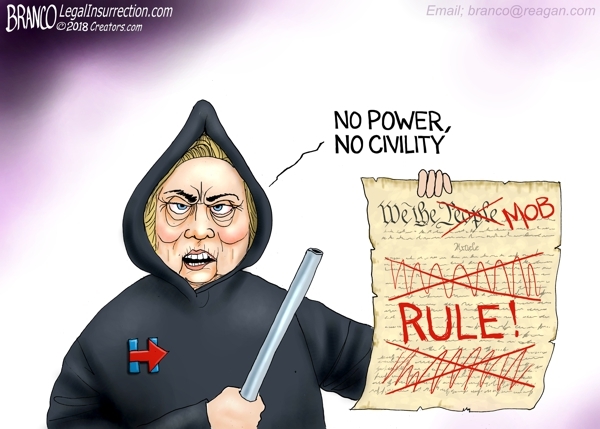 How much blood are New Jersey State Police willing to shed to establish their dictatorial regime of absolute power?

All this raises an important question: How much blood are New Jersey State Police officers willing to shed in order to establish absolute power over the (disarmed) citizens? And who, exactly, is suicidal enough to run these door-to-door confiscation raids, demanding citizens turn over the very hardware they need to defend themselves against New Jersey government tyrants?

It now appears that New Jersey State Police are gearing up to wage mass shootings of gun owners who resist the magazine ban. This will all be carried out, of course, in the name of “public safety.” Thus, the government will engage in mass shootings while claiming to be stopping mass shootings. Such is the new tyranny of the deranged, lawless Left which believes no citizen should have the right to defend themselves against the wave of violent illegal alien criminals those very same Leftists want to see flood across the open border and invade U.S. cities.

This is the new reality is living under the tyrannical rule of Democrats who despise America and are doing everything in their power to destroy the nation and criminalize its patriots. If you dare attempt to defend yourself with a 30-round magazine against a group of illegal alien human traffickers who all have their own 30-round magazines, suddenly you are the criminal while the illegal aliens receive “sanctuary” status. Yes, it’s beyond insane, but this is precisely what left-wing lunacy has delivered in America. Now in New Jersey, no citizen is allowed to defend herself against violence, even as the state becomes a tool of violence against the citizens. Don’t forget, either, that under Barack Obama, the entire deep state apparatus, including the FBI and DOJ, was weaponized to spy on the Trump campaign, frame campaign officials for “crimes” and violate the civil rights of Trump associates via FISA warrants which were achieved using astonishing levels of deception and abuse of government power.

The government is a weapon against the people of America, and right now it’s only President Trump holding back the full force of tyranny that seeks to eviscerate any last shred of both the First and Second Amendments.

We must all now realize that the New Jersey government is waging war against its own citizens while protecting illegal aliens from prosecution. Thus, the government of New Jersey has, without question, become the enemy of the People. It won’t be long, I’d imagine, before we see New Jersey resistance groups designating New Jersey lawmakers as “enemy combatants” who have declared war on the people of New Jersey.

No good can come of this

A state government that believes it can assert the power to criminally arrest its own citizens for possessing legally-acquired “normal capacity” magazines must also believe it has the power to confiscate all guns, too. Thus, it’s only a matter of time before New Jersey lawmakers decide that no citizen should be allowed to own any gun at all. When that day comes — and it isn’t far off — will the law-abiding citizens of New Jersey do what they’re told and turn in all their guns, too?

Every government will take more and more power until it is forced to stop. There is no such thing as a government that has “enough” power. Its bureaucrats are forever hungry for more power, and they will continue to strip power from the citizens for as long as they can get away with it. The rise of tyranny is an inescapable human vector — a concentration of power that only snowballs into increasingly dangerous levels of tyranny and authoritarianism. Only when citizens stand up and say “Enough!” will bureaucrats ever back down and be humbled.

New Jersey is marching down the path of Stalinist authoritarianism. Have no illusions that New Jersey State Police will carry 30-round magazines, not 10-round magazines. The entire point of this magazine confiscation program is to incrementally disarm the citizenry and make sure that when the NJ government launches its all-out war on pro-2A citizens, those citizens are at a severe disadvantage in terms of magazine capacity. It’s so much easier to win a war, after all, if you force your enemy to carry 10-round magazines. And from the point of view of New Jersey lawmakers, the people are their enemy. YOU are already an “enemy combatant” in the eyes of NJ Democrats.

Giving up your 30-round magazines, in other words, is tantamount to surrendering to tyranny. No lawful government would ever attempt to take away your rifle mags. The very fact that New Jersey is going down this path proves that NJ bureaucrats plan to do much more in the near future. Ultimately, they don’t want the citizens to have any means to defend themselves whatsoever.

First they came for the magazines, and we turned those in to comply with the law.

Then they came for the guns, and we turned those in, too, to comply with the law.

Then they came for me, and there was no one left to speak for me (and no means to defend myself against lawless tyranny).