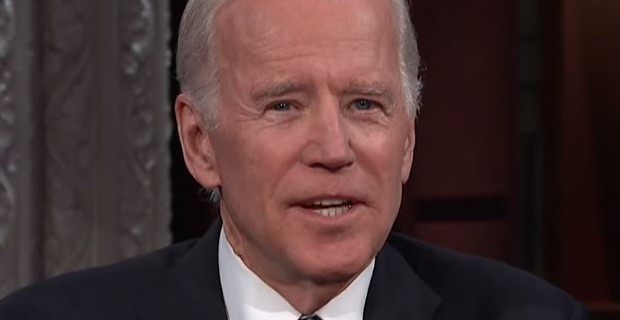 During a speech on Tuesday, potential presidential candidate Joe Biden blamed “a white man’s culture” for violence towards women.

The former VP asserted that Anita Hill, who accused Clarence Thomas of sexual harassment, should not have been forced to forced to face a panel of “a bunch of white guys.”

Biden went on to suggest that English common law, the foundation of the western legal system, was anti-women.

“I realize I get a little too passionate about this sometimes, but we all have an obligation to do nothing less than change the culture in this country. Not just the laws, we changed laws — change the culture. The culture. You all know what the phrase rule of thumb means? Where it’s derived from? In English common law, not codification or common law, back in the late 1300s, so many women were dying at the hands of her husbands because they were chattel, just like the cattle or the sheep, that the Court of Common Law decided they had to do something about the extent of the deaths. So, you know what they said? No man has a right to chastise his woman with a rod thicker than the circumference of his thumb. This is English jurisprudential culture a white man’s culture. That’s got to change it’s got to change.”

While lambasting “white man’s culture” for violence against women, Biden failed to mention the fact that black hip hop culture is dominated by actual misogyny and disrespect for women.

According to the CDC, “Non-Hispanic black and American Indian/Alaska Native women experienced the highest rates of homicide” in America from 2003-2017, clearly indicating that white men are not overrepresented when it comes to violence against women.

A 2014 study of college campus rape statistics by the BJS found that 19% were committed by black males, despite them making up only about 6% of the U.S. population.

This is not the first time that Biden has caused controversy with his remarks about white people.

He previously celebrated the fact that white people were in demographic decline, insisting, “Whites will be an absolute minority in America – that’s a source of our strength.”

Some may point to Biden’s creepy behavior around women in asserting that the former Vice President shouldn’t be treated as an authority on the issue.