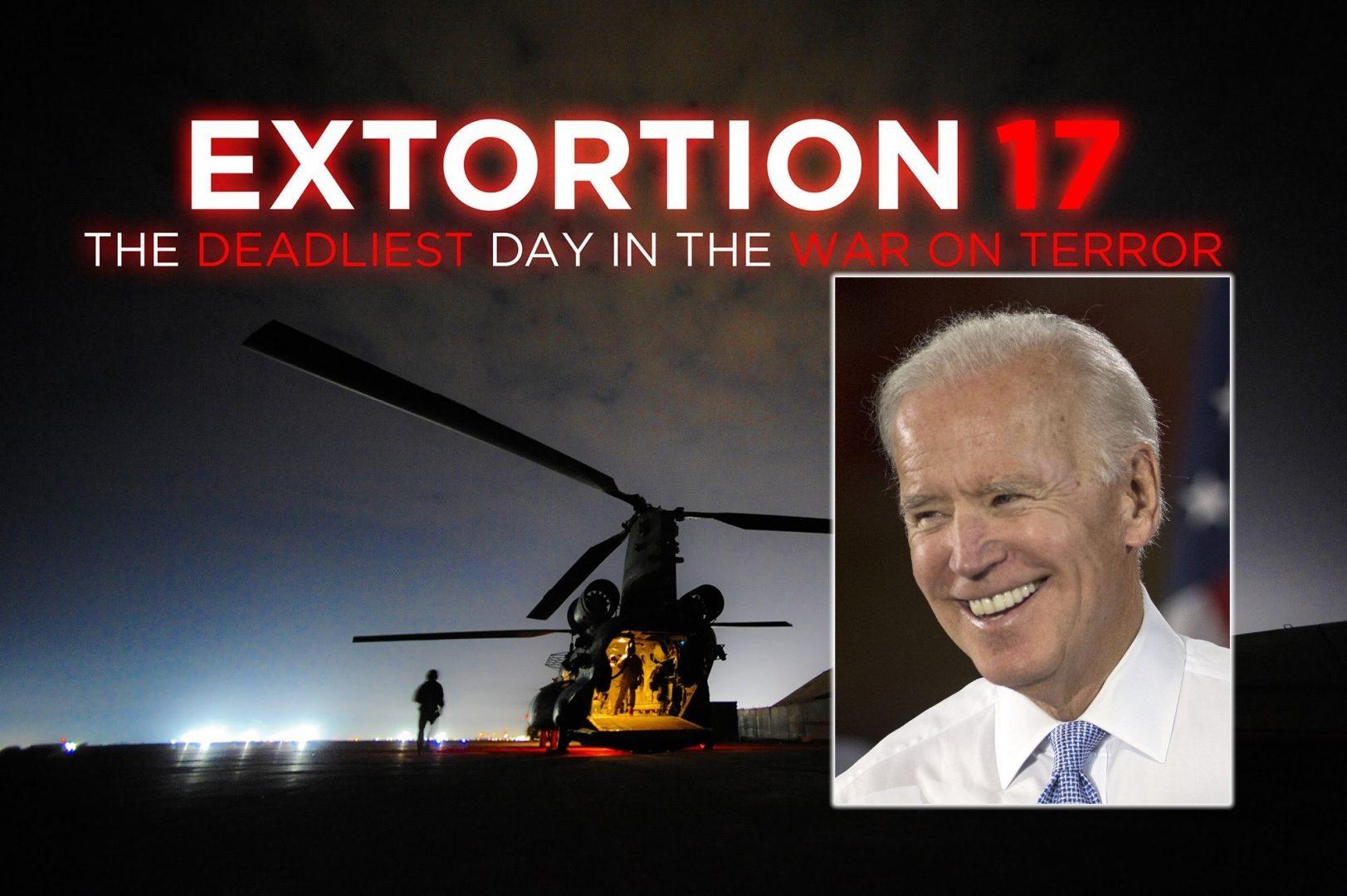 On 6 August 2011, a U.S. CH-47D Chinook military helicopter operating with the call sign Extortion 17 was shot down while transporting an Immediate Reaction Force attempting to reinforce a Joint Special Operations Command unit of the 75th Ranger Regiment in the Tangi Valley in Maidan Wardak province, southwest of Kabul, Afghanistan. Before there was Benghazi, there was Extortion 17, which was the Chinook helicopter that was shot down by the Taliban. All 38 people aboard, including 17 Navy SEALs and seven Afghan National Army commandos, were killed. Then Vice President Joe Biden and Defense Secretary Leon Panetta both opened their mouths and painted a target on the back of SEAL Team Six, which led to their deaths just months later. It’s time we served up justice to Traitor Joe.

Articles, links and videos mentioned in this episode.

THE PRAYER THAT ROCKED THE CAPITOL (DVD) – Get 25% Off Through Saturday, August 7, 2021 When You Use Promo Code 25PRAYER At Checkout In Our Store.

Biden Pulls An Obama: No “Single Hint Of A Scandal Or A Lie” When I Was Vice President

Extortion 17 Is A Bigger Scandal And Betrayal Than Benghazi

US Admiral’s Aide: Seven Unidentified Afghans On Board Extortion 17 “Is A Very Big Deal”

All Of Our Articles On Extortion 17

TRENDING: The Psychopolitics of Global Warming and Population Control