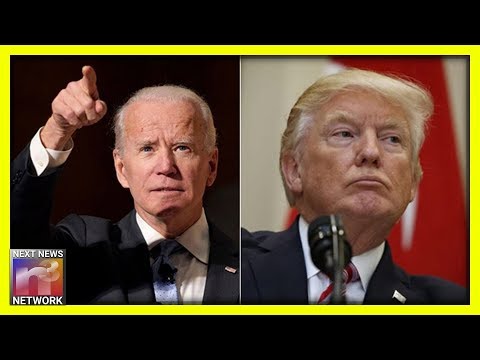 Has anyone else noticed that Joe Biden is getting more and more aggressive with age?

Is that the dementia?

There was another Democrat Presidential debate last Wednesday that most likely missed.

Biden responded to a domestic violence question as only Joe can…

Here’s Josh with an explanation:

Human gaffe machine Joe Biden made another epic blunder during Wednesday’s big Democrat 2020 debate and this one left even his most loyal supporters scratching their heads.

The debate was the climax of a day that saw a marathon impeachment inquiry session before Adam Schiff’s Soviet-style House tribunal and served as the cherry on top of the crap cake for Democrats.

The all-woman panel of “moderators” for MSNBC which sponsored the event in Atlanta which included rabid conspiracy theorist Rachel Maddow plumbed new depths in the party’s bastard religion of identity politics but were stunned over Biden’s blunder.

“No man has a right to raise a hand to a woman in anger, other than in self defense and that’s rarely ever occurred”

We live in a country where the media can crucify you over a badly worded statement.

Political correctness is stupid, but so is Joe Biden.

He doesn’t seem to understand that in 2019 he has to think before he speaks or, for that matter, think before doing anything stupid at all.

He doesn’t seem to be the sharpest marble to roll out of the bag.

If the 2019 version of Joe Biden does not have dementia, then maybe he’s simply dumber than we previously thought.

We know that he’s dumb enough to think he can win.

Sorry Joe I don’t believe you can, but prove me wrong and just keep on punching away at it.